Honduras plans to open embassy in Jerusalem by end of year 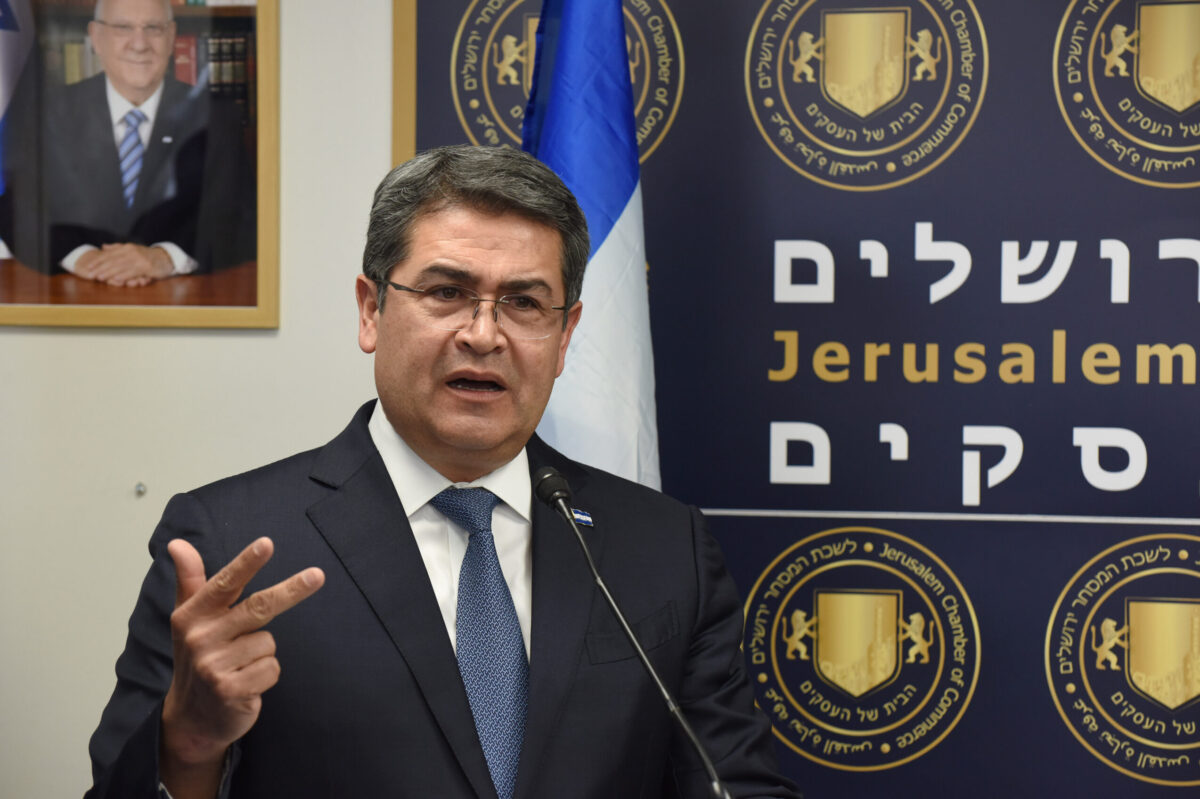 The President of Honduras, Juan Orlando Hernández, has said that he plans to open his country’s embassy to Jerusalem by the end of this year.

In a statement on Twitter, Hernández also confirmed that he has spoken with Israeli Prime Minister Benjamin Netanyahu about Israel opening and inaugurating an embassy in the Honduran capital of Tegucigalpa.

“To strengthen our strategic alliance, we spoke to arrange the opening of the embassies in Tegucigalpa and Jerusalem, respectively,” Hernández wrote on Twitter. “We hope to take this historic step before the end of the year, as long as the pandemic allows it.” Last year, Hernández called Jerusalem Israel’s capital, and opened the country’s diplomatic office in the city.

In addition to sending greetings for the Jewish Rosh Hashanah holiday, Hernández also congratulated Netanyahu on the historic normalisation agreements with the United Arab Emirates and Bahrain. He called these deals a “revolution of peace in the region”, according to a joint announcement by the two countries released by Netanyahu’s office.

The Times of Israel quoted Mattanya Cohen, Israel’s ambassador to Honduras and Guatemala, as telling Army Radio on Monday morning: “They told me there’s no chance that Honduras will move its embassy because there is a large Palestinian community there. I didn’t give up. We started with quiet contacts behind the scenes, with ministers, with parliament members, and the community.”

Jerusalem is claimed by both Israel and the Palestinians as their capital. It lies at the heart of the Israeli-Palestinian conflict. Israel views all of Jerusalem, including the walled Old City that it captured in the 1967 Six Day War, as its “eternal and indivisible” capital. However, the world still regards East Jerusalem as occupied territory and does not recognise Israel’s illegal annexation of the whole city. East Jerusalem – including the Old City – is earmarked to be the capital of an independent Palestinian state under the Oslo Accords and the 2002 Arab Peace Initiative.

'Bring your own pen': How Bolivia is voting amid the pandemic