Protests against Sisi’s rule break out across Egypt 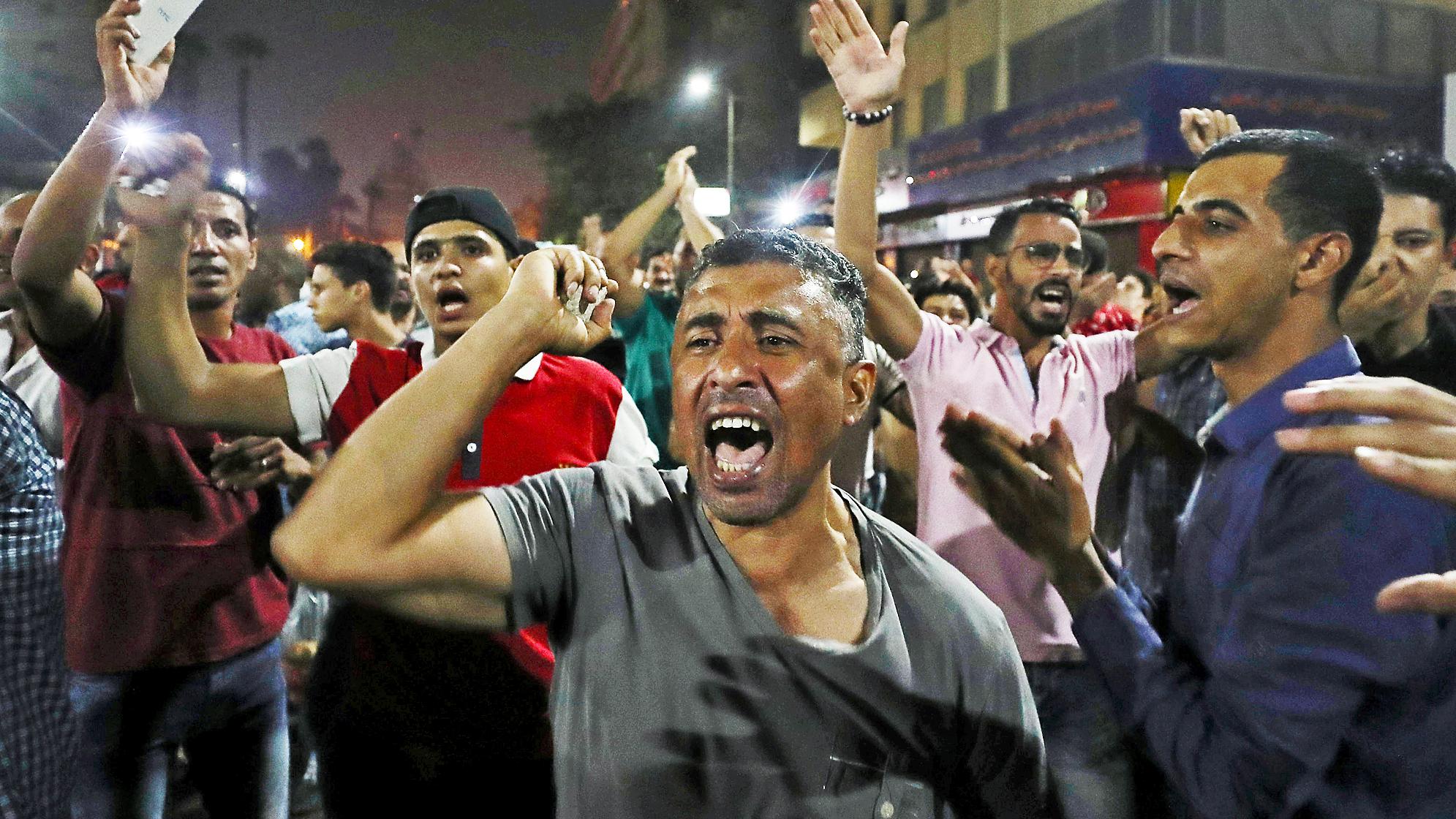 Protests have broken out across Egypt against the rule of General Abdel Fattah Al-Sisi.

In Suez, Kafr El Dawwar, a city on the Nile Delta, Cairo, Alexandria and Aswan, demonstrators demanded Al-Sisi stand down.

One video at another protest shows a police car retreating after anti-Sisi protesters threw stones at it.

Footage is flowing in from across #Egypt of protests taking place. All against the rule of president @AlsisiOfficial

In Al-Qanater, Qalyubia Governorate, protesters marched through narrow streets to stop them being attacked by security forces or beltagayya.

In Kadiya village in Giza Governorate, Egyptian protesters overturned a police truck, angry at the government’s demolition of buildings there.

This is despite Egyptian security forces being deployed in several areas in cities across the country, including Tahrir Square and Suez, with military checkpoints being set up at crossing and highways.

Several cafes were closed, particularly in the capital Cairo, as a pre-emptive measure.

The protests are in response to calls made by Egyptian whistleblower Mohamed Ali for people to take to the streets on 20 September.

Under the hashtag, which at the time was number one trending in Egypt, “go out on 20 September” Ali called for Egyptians to unite against oppression and injustice to save the country.

Last year, Ali released a series of videos accusing the ruling regime and his family of corruption and squandering public funds whilst Egyptians got poorer and poorer.

Under the current regime, the Egyptian economy has continued to deteriorate and human rights abuses have escalated, compounded by the coronavirus crisis in the country which has been mishandled by the ruling authorities.

Thousands of houses have been demolished after the government claimed they violated building requirements.

There is also widespread anger at the government’s handling of Libya and the Renaissance Dam negotiations.

In response to the protests last year, at least 4,000 people were arrested and many detained over unfounded “terrorism” charges, in the largest crackdown on protesters since AL-Sisi came to power.

In an attempt to counter this year’s demonstrations, state-run publication Egypt Independent has run the headline, “You are not alone”, in support of Al-Sisi.