Bollywood is back: 6 films and shows that have resumed shooting 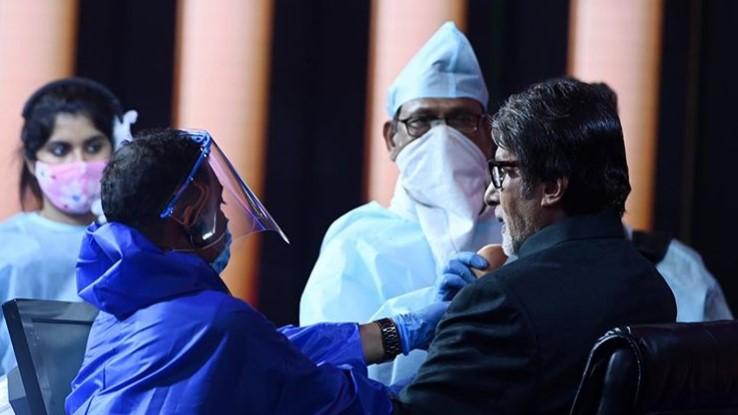 The cameras are rolling once again in Bollywood.

With the pandemic forcing the bustling industry to halt all productions in April, its stars and creative talent have slowly returned to sets to pick up where they left off.

That said, the new productions are being done with many safety precautions in place. These measures include smaller numbers on set, social distancing and crew members wearing safety gear such as PPE suits.

Here are some of the stars and films back in action.

Amitabh Bachchan is raring to go

Having being discharged from hospital in August, three weeks after being admitted with mild Covid-19 symptoms, the superstar has resumed shooting the game show Kaun Banega Crorepati, in addition to the film Brahmastra alongside Ranbir Kapoor and Alia Bhatt.

Reportedly Bhatt and Kapoor have finished their dubbing work on the film, which they did at a studio in Bandra, Mumbai. Bachchan will film a few key scenes with Kapoor in a studio, too. The film is now slated for a late December release.

2. Deepika Padukone heads to Goa
After posting photos of coconut trees and blue waters, Padukone revealed she was in Goa to resume work on an untitled film directed by Shakun Batra. The resumption of the shoot comes after Padukone emerged from two months of self-isolation at home in Mumbai. Ananya Panday and Siddhant Chaturvedi are her co-stars in the project, which is reportedly a relationship-centred drama, slated for an early 2021 release.

3. A change of scene for John Abraham

Bollywood action man Abraham is flexing those biceps once again as he commences shooting his next blockbuster Satyameva Jayate 2.
The second part of the action franchise was supposed to be shot in Mumbai, but director Milap Zaveri reworked the script during India's nationwide lockdown to move the film to a relatively less-populated location near Lucknow. He flew there last month to scout the area (above). Shooting starts in October.

4. Aamir Ali is keeping it safe

When it comes to shooting his next feature film, Ali is taking no chances. With the production moving from Goa to Kolkata for outdoor scenes, Ali does what he has to do before promptly returning to the hotel. “I don’t go out at all. I stay in my room and only go to the set,” he told Bollywood Hungama.

Read More:Space drama ‘Away’ fails to reach the stars despite stellar cast

“We are working with fewer people and staff because their well-being is our responsibility as well. We are being mindful of keeping our surroundings clean. Everything is being sanitised and we are maintaining proper distance and not interacting with people too closely.”

5. A start and stop for Arjun Kapoor

To underscore how precarious the situation is, look no further than at what happened to Kapoor. Six days after posting a picture of his return to the set of a film also starring Rakul Preet, the actor tested positive for the virus. Production will resume as soon as he gets the all-clear.

The earth has music for those who will listen ~ #nature #earth

The beautiful Indian temple city is once again hosting Bollywood films. At present, it is home to the shoot of director Rajiv S Ruia’s Love You Shankar, starring Shreyas Talpade and Tanishaa Mukerji (above).