The death of Supreme Court Justice Ruth Bader Ginsburg has injected a volatile new element into the last stretch of a turbulent U.S. presidential race, potentially shifting the focus away from the coronavirus pandemic and the stagnant economy into a political battle over her successor.

The sudden vacancy on the nation's high court means the November election has become much more than a battle between President Donald Trump and his Democratic opponent Joe Biden for the White House and control of Congress, political strategists say.

Now, they say, it is an existential fight over civil rights, abortion, immigration, and the future of healthcare for millions of Americans that will further galvanize voters and activists in both parties in a contest that had already reached a fever pitch.

"This interjects a real wild card into the race," said Jim Manley, a former aide to Senator Harry Reid when he was the Democratic leader of the Senate.

The death of Ginsburg, a fierce advocate for women's rights and the court's leading liberal voice, gives Trump a chance to expand its conservative majority with a third appointment at a time of deep divisions in America and fewer than 50 days before the election. Trump said on Saturday that he would move to nominate a successor "without delay."

The coming tumult over that nominee could bolster Trump's efforts to shift the election away from his much criticized handling of the coronavirus pandemic and the moribund economy, experts say. At the same time, it likely will energize both Trump's conservative and evangelical base who oppose abortion, as well as Democrats fearful of a true shift in the balance of power on the high court.

"This is going to set off a titanic battle. This could seriously affect the election," said David Gergen, a political adviser who has served four U.S. presidents, both Republican and Democratic. 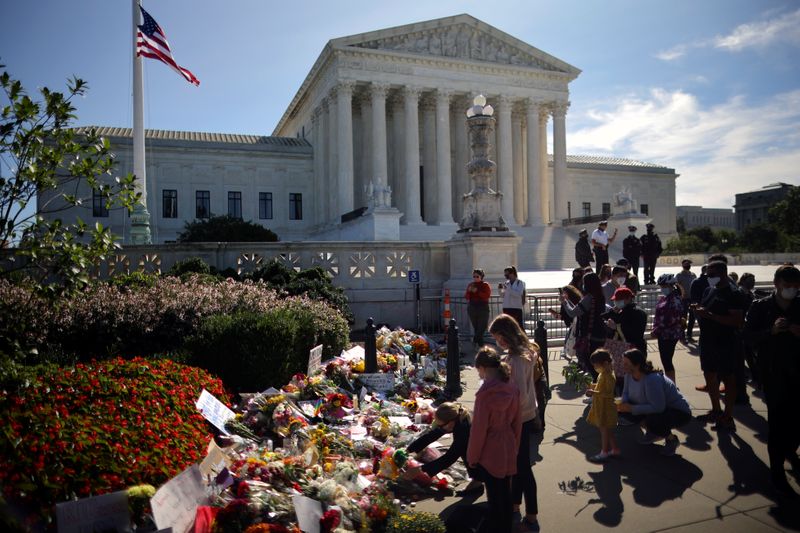 Trump, seeking re-election amid the triple whammies of the public health crisis, economic crisis and turmoil over racial injustice, already has appointed two conservatives to lifetime posts on the court, Neil Gorsuch in 2017 and Brett Kavanaugh in 2018.

Republican Senate Majority Leader Mitch McConnell said on Friday he intends to act on any nomination Trump makes, while Democrats immediately called for the seat to be kept vacant until after Jan. 20, when the winner of the Nov. 3 election will be sworn in.

McConnell's pledge likely will put several Republican senators who face tough re-election battles of their own, such as Maine's Susan Collins and Iowa's Joni Ernst, in a serious bind as they will be lobbied heavily on all sides to either approve or block efforts to push the nomination forward.

"Writ large, this is going to get ugly real quick," Manley said. "There's a real potential for some collateral damage among the Senate Republicans. The last thing some of these folks want to do is support a Trump nominee for Supreme Court."

Trump has been trailing Biden in opinion polls for months, as Democrats have sought to make the election a referendum on Trump and in particular his response to the pandemic.

"Biggest impact is that it creates a new area of focus for both sides. Any week Donald Trump doesn’t have to talk about coronavirus is a net positive for him," said Joel Payne, a Democratic strategist who worked for 2016 Democratic nominee Hillary Clinton.

"Historically, Republicans vote on the court. I think some Republicans will see this as the October surprise to gin up excitement in their base," Payne said. "(But) I think progressives understand the stakes in this election better than they ever have."

Trump had already sought to capitalize on right-wing enthusiasm for his judicial nominees, by adding 20 names to his list of people he would consider nominating to the Supreme Court on Sept. 9. 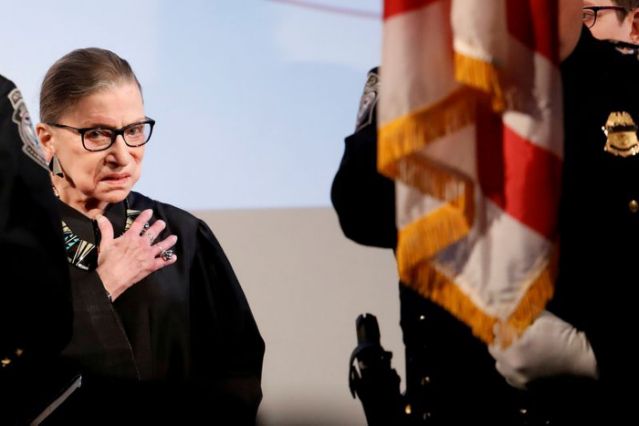 The Susan B. Anthony List, a leading anti-abortion group, said the opportunity for Republicans to fill the seat was "a turning point for the nation in the fight to protect its most vulnerable, the unborn."

Biden has not released a list of potential Supreme Court picks but has pledged to nominate a Black woman if a seat becomes available while he is president. At times, Biden has struggled to generate enthusiasm among progressives and young voters about his candidacy, but the court fight could alter that.

Biden's running mate, Senator Kamala Harris, could play a major role in the drama. Harris is a member of the Senate Judiciary Committee, which would question and ultimately vote to approve a nominee before any Senate floor action.

Katon Dawson, a Republican consultant and a former chairman of the South Carolina Republican Party, said the development could help Trump with moderate Republicans who may not like him but are aligned with him on policy.

"This solidifies those votes for him." Dawson said.

But an attempt to rush the nomination just before the election could backfire on Republicans, especially vulnerable Senators, he added.

"When you ask these suburban women to think about the issue of choice, I will take our side of that argument every day," he said.