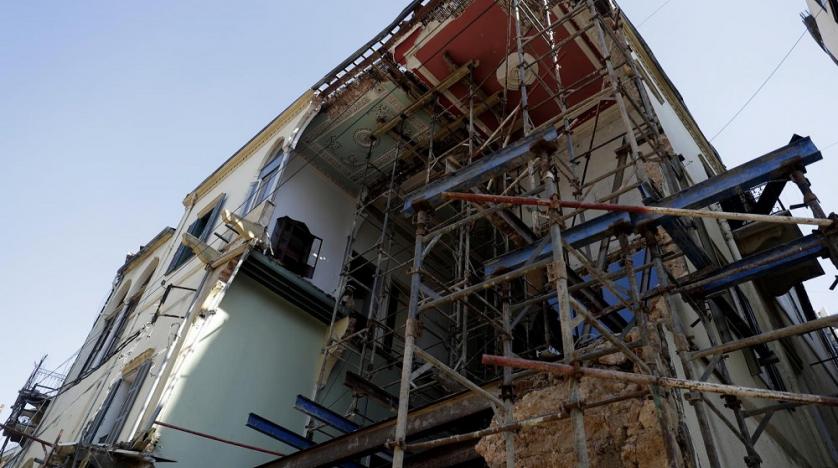 Lebanon's army said Saturday it has carried out a survey of more than 85,000 dwellings, businesses and other building units damaged by the massive Beirut port blast last month.

The August 4 explosion of hundreds of tons of ammonium nitrate stored at Beirut port killed more than 190 people, wounded thousands and ravaged large parts of the capital.

More than 108,000 doors had been damaged, the survey showed.

Read More: Tens of thousands in Beirut unable to rebuild homes after blast

The army said it was still looking for nine people -- three Lebanese, five Syrians and an Egyptian -- still missing after the blast.

The survey "is considered to be sufficient, and there is therefore no need for further surveys by donor countries", it said in a statement.

The army said the donors, non-governmental organizations or volunteers could request access to the results.

On August 9, international donors pledged over 250 million euros (around $300 million) in emergency aid, in a video conference jointly organized by France and the United Nations.

French President Emmanuel Macron vowed in early September during a second visit to Lebanon since the blast to host a second conference in Paris in the second half of October.

Lebanon: Abbas Ibrahim Returns from US after Contracting Coronavirus

Lebanon’s President Steps up Rhetoric Ahead of Parliamentary Consultations