This one may be no different

Most recent US elections have had an international event as the October Surprise. 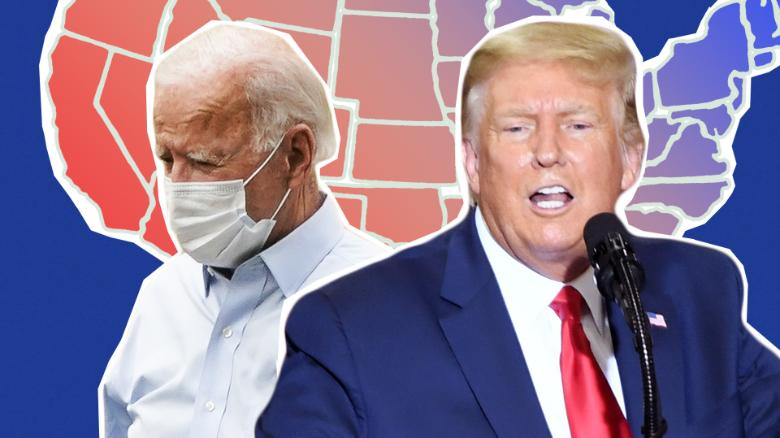 You may be through with 2020 already, but brace yourselves. The next 50 to 120 days could be the most volatile globally for decades.

The October Surprise that American pollsters await with trepidation is usually a US domestic upset. Witness the seismic impact of the death of Justice Ruth Bader Ginsburg and it's only mid September. But the past two decades have also seen major international events overshadow November elections.
Going back from 2016, there was the Mosul campaign against ISIS, the Syrian civil war reaching Aleppo, the Russia-Georgia war, and Osama bin Laden admitting on tape he was behind the September 11, 2001 attacks. November 2020 could combine the unforeseen with something now visible from space -- the future direction of a deeply troubled hyperpower.
A startling moment of opportunity looms for adversaries of Washington and the world order it still, perhaps reluctantly heads. And, from Moscow to Minsk, from Beijing to Tehran, three questions are key. Are you better off with another four years of Donald Trump? Is there anything you think you can pull off while he's trying to be re-elected in the next 50 days? 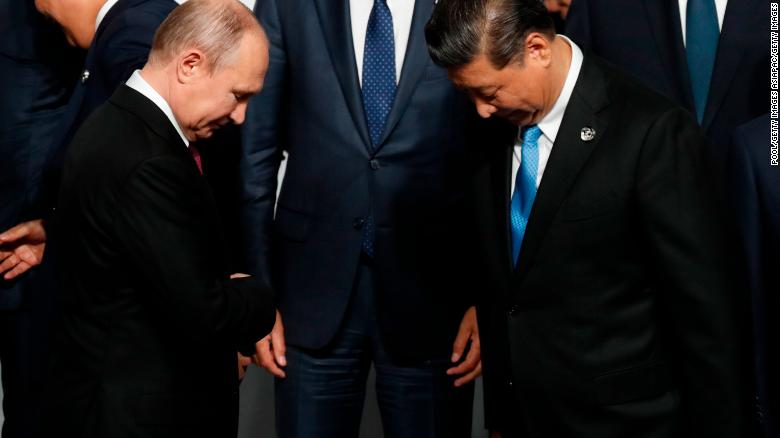 And if "No" is the answer to those two, then the 75 days of likely chaos and wrangling that follow the election before inauguration present another opportunity. In the White House, there may be nobody at the wheel, instead under it, fighting for the car keys. Is that also a window for competitors to get stuff done?
Russian President Vladimir Putin is the more adept pragmatist and opportunist, despite also having the most to gain from another four years of Trump at the helm. His first term has allowed Putin to make substantial gains in the Middle East -- something the Kremlin has done with both little US resistance and fanfare of Russia's own achievements.
But it is important to remember that Russian collisions with US patrols in Syria, and a Russian bounty plot to kill Americans in Afghanistan have both emerged mostly unchallenged in the last six months. The Kremlin is likely not only emboldened, but carefully calculating what the next 120 days might permit.

The protest movement against the brutal Belarusian dictator Alexander Lukashenko is an uninvited but pressing quandary on Putin's list. Russia has sent journalists, perhaps technical support, maybe even some security forces, to back up Lukashenko. But he is still faltering, and a long-term poor bet, as his plaintive body language when he met Putin in Sochi betrayed. It is hard to overstate how vital retaining control over Belarus is to Moscow and how essential it is for this protest movement - about personal freedoms that really disturb Putin, not the geopolitics that excite his nationalist base -- to fail.

Belarus is also very low on the US agenda. Secretary of State Mike Pompeo was slow to back the protest movement -- perhaps, in his slender defense, after a bid to court Lukashenko in the hope to turn him West.
The Kremlin is surely not embracing the idea of years more propping up a leader they will see as too weak to crush his own dissidents and too unpopular to face them down. Lukashenko is an expensive drag, and one they probably have a plan to rid itself of, while imposing a tighter union between Moscow and Minsk. The thorn will be the protests themselves -- unpredictable and needing to keep momentum -- if Putin thinks a distracted Washington may be unable to respond to his next move. To some degree, it is surprising Putin has not made greater use of a pliable US administration since 2017. He is ambitious, capable, and dexterous, yet has spent the past four years subtly pursuing his goals. That may change.
Subtlety has not been evident in the "maximum pressure" the Trump administration has applied over Iran. You might be forgiven to argue it has been successful. Trump killed Iran's top hardliner, Qassem Soleimani, in January, in a move many feared could set the region aflame. It didn't. In fact, Tehran has steered clear of even lower-level retaliation, with Trump tweeting recently, in response to press reports that US diplomats might be at risk, that he would hit back 1,000 times harder.

Sanctions have been tightened almost to their elastic limit. And Covid-19 has affected Iran severely. Mysterious fires have hit the Natanz nuclear facility and other key infrastructure. Yet it would be a mistake to think this has wiped the fabled long memories of Tehran's hardliners. Internally, in many ways, their hand has been strengthened by the collapse of the nuclear deal they despised. Trump has also given them the gift of a rift. Five years ago, the world was united behind the JCPOA's ability to curb Iran's nuclear ambitions. Now Europeans hold their heads in their hands as Trump tears the deal to pieces, as Russia and China look on bemused at Washington denigrating its own allies.

And during this collapse, Iran has methodically and slowly made good on its promise to enrich again. Publicly, they have stepped outside the terms of the deal, yet not raced towards the 20% enrichment that would set alarm bells ringing. The IAEA now believes they have enriched 10 times the amount of uranium permitted under the deal, yet has also stated positively it will be able to inspect a second suspect site in the weeks ahead.
The given wisdom in Western capitals is that Iran understands the consequences of it getting the bomb would be so severe, it would outweigh any benefits. There's a paradox there, in that a new nuclear power might be more relaxed about retaliation. And in the tit-for-tat world of the Gulf, Iran has yet to respond, knows Trump doesn't want another war in the Middle East, and is patient.
Less patient is a key Trump ally -- one of the few who have pursued goals totally contrary to US interests after a personal chat with the White House occupant -- President Recep Tayyip Erdogan of Turkey. It feels like a decade since his forces invaded Syria, attacking US allies the Syrian Kurds and relocating US forces with sheer might. But it was just over a year ago.

Turkey has since consolidated its gains there, and been busy elsewhere. It briefly saber-rattled around Greece's islands. And more significantly Erdogan has invested political and military capital backing for the UN-supported government in Libya. Russia has weighed in, similarly boosting its opponent in the oil-rich country's East, with mercenaries from the Wagner group, heavy armor, missiles and other enablers, according to US officials. Peace talks are under way, but under the cloud of an intense build-up on both sides
The next 120 days will be hostage to the last four years' reliance on bluster, the myth of intense, yet ultimately flawed, personal relations between Trump and other leaders, and the stop-start nature of this White House's foreign policy. US politics may hit a crisis long-predicted and even fomented by its adversaries. Yet the world will not stop, and hope this crisis resolves, and instead keep turning in ways a self-obsessed White House did not anticipate.

Workers Eradicate First Nest of 'Murder Hornets' Found in US