Incirlik: Time for the U.S. Military to Leave

Secretary of State Mike Pompeo stopped in Cyprus on September 12 amidst heightened tensions in the Eastern Mediterranean while on his way to the Middle East. Shortly before Pompeo arrived, the Cypriot National Guard began a week-long exercise with the U.S. Navy. Senator Ron Johnson, meanwhile, has said the United States is “beefing up” its military presence at Souda Bay on Crete in part because of uncertainty about the future of the U.S. presence at the Incirlik Air Base outside the southern Turkish city of Adana.
Both Turkey and Greece joined the North Atlantic Treaty Organization (NATO) in 1952, but it was Turkey upon which the United States came to rely. At the time both countries joined, Turkey had triple Greece’s population; today it has an eight-fold population advantage over Greece. Turkey also was one of only two NATO members to border the Soviet Union. Beyond its sheer manpower, its control over the Bosporus and its geopolitical position along the Soviet Union’s southern flank was crucial.
The United States foresaw the need for an air base in Turkey against the backdrop of World War II, but it would be almost a decade before the new Adana Air Base would begin operations. Renamed Incirlik in 1958, the base became a principle asset not only in Cold War reconnaissance as a U-2 hub, but also a key logistical element as the United States responded to military crises in Israel and Lebanon. Incirlik also became central to U.S. deterrence against the Soviets, and now Russia. The United States introduced nuclear bombs into Incirlik in 1959 and, today perhaps fifty nuclear weapons are stored on the base.

Read More: As The Election Draws Near, Trump Goes With A Message Of Division And Anger

After the collapse of the Iron Curtain, Incirlik’s strategic importance arguably grew. Its use during Operation Desert Storm forced Iraq to divide its air defense focus against operations from both the north and the south. It was crucial to the maintenance of the subsequent Iraqi no-fly zone and, after the 9/11 attacks, became crucial to air operations in Afghanistan. The Pentagon assumed Turkey would allow the United States to utilize Incirlik during the 2003 Iraq war; Turkey’s refusal threw war planning into disarray and degraded trust. Still, the United States used Incirlik to fly combat sorties against the Islamic State.
When U.S.-Turkey relations decline, Incirlik often ends up in bilateral crosshairs. After the United States imposed an arms embargo on both Turkey and Greece against the backdrop of Turkey’s 1974 invasion of Cyprus, Turkey ended American military operations at almost all its airbases, and allowed U.S. presence at Incirlik only in the context of NATO operations. While Turkey eventually loosened those restrictions, Pentagon leaders usually look at negotiations over the use of Incirlik with the same enthusiasm as they do root canal: Turkey traditionally sought to leverage U.S. dependence upon Incirlik into operational, financial and diplomatic concessions. Prior to the 2003 Iraq war, for example, Turkey’s opening position in periodic negotiations over the U.S. presence was that Turkey should have veto power over every flight and mission launched from the base, a demand which would make operations unwieldy if not impossible.

Turkey no longer has the leverage it once did. Because of Turkey’s veto of U.S. transit, logistical, and combat operations ahead of Operation Iraqi Freedom, the Pentagon began exploring alternatives. Over the last fifteen years, there has been a large expansion of the U.S. presence at Romania’s Mihail Kogălniceanu Air Base. Johnson’s reference to Souda Bay hints at a more permanent, robust presence there. In 2017 and 2018, the United States spent $150 million upgrading an airbase in Jordan. Similar dynamics may be at play in Cyprus. Amphibious Ready Groups—replete with Harrier Jump Jets or F-35s, as well as Ospreys, and helicopters—increasingly circle in the Eastern Mediterranean.

While efforts to reduce American reliance on Incirlik are laudable, the question is less whether the United States has sufficiently diversified its defense infrastructure in the region and more whether any U.S. military presence in Turkey is a liability. Erdoğan and his aides incite anti-Americanism regularly through media outlets they now monopolize. The U.S. Navy has reduced port calls in Turkey after Turkish gangs assaulted American sailors in reaction to nationalist calls. After the abortive 2016 coup—an event Erdoğan insiders may have themselves staged or co-opted in order to justify the subsequent purge of political opponents—the Turkish government cut off electricity to the base and pro-Erdoğan groups demanded the arrests of Americans working inside.
Erdoğan is not averse to taking hostages. His desire to leverage the imprisoned American Pastor Andrew Brunson for U.S. policy concessions was the reason for his arrest. The State Department continue to warns Americans against traveling to Turkey because of the risk of arbitrary detention. Should conflict erupt between Turkey and Greece, should Turkey suffer some nationalist slight, or should Erdoğan want to distract the population against Turkey’s faltering economy, he might order security forces to arrest Americans at Incirlik or even encourage mobs to overrun and seize the more than 1,000 American military and civilian personnel who populate the base.

That Americans in Incirlik could be captured is not farfetched: while American personnel in theory could defend themselves, as in 1979 when a mob of pro-Ayatollah Khomeini students seized the U.S. Embassy in Tehran, American security will hesitate to fire for fear of worsening the diplomatic standoff or even precipitating their own lynching. Simply put, as relations sour, U.S. personnel at Incirlik could be considered future or potential hostages. 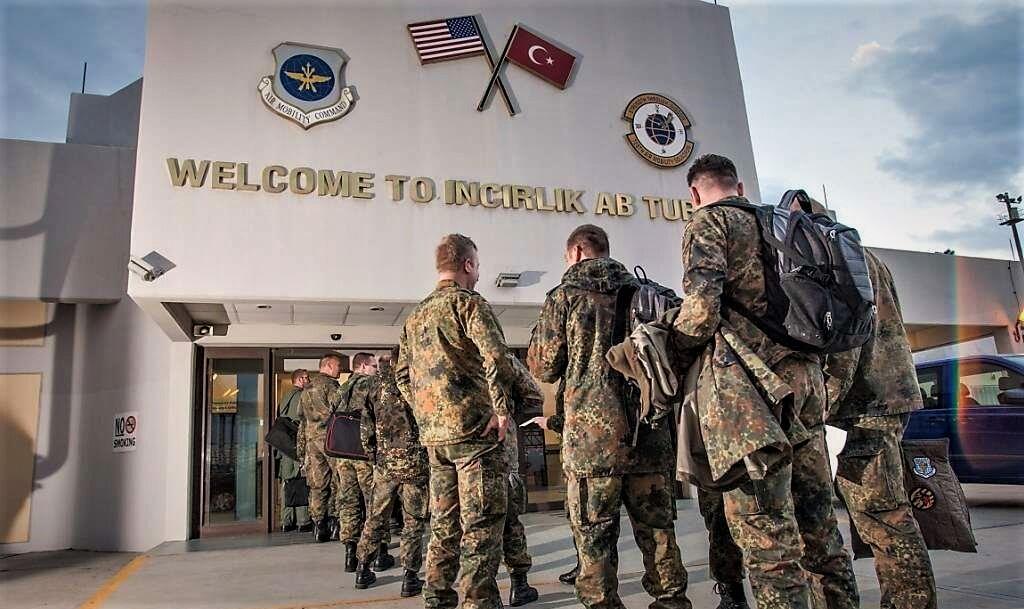 Certainly, the Pentagon is concerned. It has already begun to plan for the evacuation of nuclear weapons stored at Incirlik due to both the hostility of the Turkish government and Incirlik’s close proximity to Jihadi-held areas across the Syrian border. Frankly, if the Pentagon has not already evacuated its tactical nuclear weapons from the base, it would be strategic malpractice. Diplomatic nicety, however, obfuscates a more basic question: If the nuclear weapons are not safe in Turkey, why are the personnel?
Every day U.S. forces and equipment remain at Incirlik puts Americans at risk. The United States cannot afford to wait until the inevitable crisis occurs before enacting their removal. A gradual withdrawal would endanger troops as declining numbers would heighten the remainders’ vulnerable. Instead, the Pentagon should simply create a fait accompli: An overnight evacuation in which Turks awaken one morning to find all Americans personnel and aircraft departed with as much equipment as they could transport. It would need to be the military equivalent of the Baltimore Colts departing for Indianapolis in the middle of the night.

The small lobby of pro-Turkey partisans within the State Department and Congress will certainly resist any such action. They have long worked to defend Turkey from the consequence of Erdoğan’s actions in the belief that Turkey is too big to lose, its anti-Americanism will evaporate post-Erdoğan, and that any reduction in cooperation would benefit Russia. Anyone who seeks to restore strong U.S.-Turkey ties, however, should welcome an end to the U.S. presence at Incirlik. The United States moved its air operations from Saudi Arabia to Qatar in 2003. Rather than lead Riyadh to embrace Russia or China, the change in military posture enabled Washington and Riyadh to navigate better a difficult time and sidestep a driver for anti-Americanism.
President Donald Trump seeks to reduce the U.S. military footprint around the world. Both the progressive camp within the Democratic Party and the libertarian wing of the Republican Party, meanwhile, want to reduce military expenditure. Many centrists want to re-invest in diplomacy: A complete end to the U.S. presenc

Wall Street Journal: China threatens Washington after its citizens are sued in America

The Washington Post: Trump said that "the Jews do everything just for themselves"