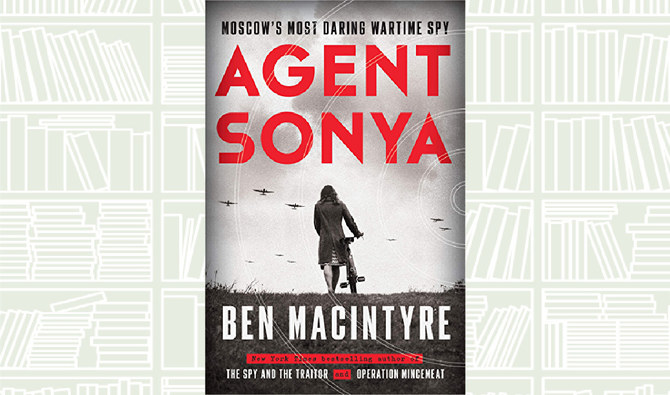 Ben Macintire has produced a jaw-dropping book about 20th-century espionage.

“With unparalleled access to Sonya’s diaries and correspondence and never-before-seen information on her clandestine activities, Ben Macintire has written a history of a legendary secret agent, a woman who influenced the course of the Cold War and helped plunge the world into a decades-long standoff between nuclear superpowers,” said a review in goodreads.com.

“Over the course of her career, she was hunted by the Chinese, the Japanese, the Nazis, MI5, MI6, and the FBI — and she evaded them all,” it added.

The review said her story “reflects the great ideological clash of the 2oth century — between communism, fascism, and western democracy — and casts new light on the spy battles and shifting allegiances of our own times.”

It added that Sonya, born as Ursula Burton, “was friendly but reserved, and spoke English with a slight foreign accent. By all accounts, she seemed to be living a simple, unassuming life. Her neighbors in the village knew little about her.