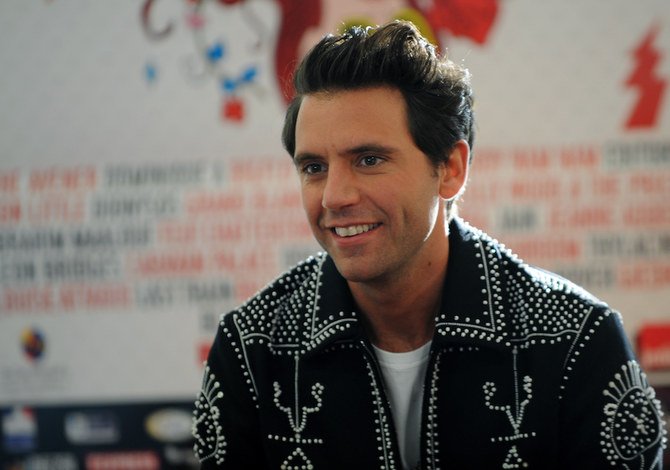 Beirut-born pop star Mika will livestream a concert this weekend to raise funds for victims of the Aug. 4 port blast in the Lebanese capital, and Mexican actress Salma Hayek and Australian singer Kylie Minogue are among those joining in.

Some 190 people were killed and 6,000 injured in the huge explosion that reduced parts of the city to rubble and deepened an economic and political crisis in the country.

“And so I think it’s important to provoke empathy, to show the human side of things, to use music ... and just kind of focus on that human side of it for a moment instead of just the politics, which is ... what happens most of the time.”

Read More: A new take: from Elissa to Mohammed Assaf, here are 10 Arabic music videos shot during the pandemic

Money raised from the concert, to be streamed on Mika’s YouTube channel via a private link from 1900 GMT on Saturday, will go to Save the Children and the Lebanese Red Cross to support their work on the ground in Beirut. Tickets cost $12.95.

Mika said performers would be filmed in their local surroundings rather than all being inside, giving viewers more variety, and the concert would feature people caught up in the blast.

They include the family of George, who was born in a hospital that bore the full force of the shockwaves but who survived, earning him the nickname “miracle” baby.

Workers Eradicate First Nest of 'Murder Hornets' Found in US