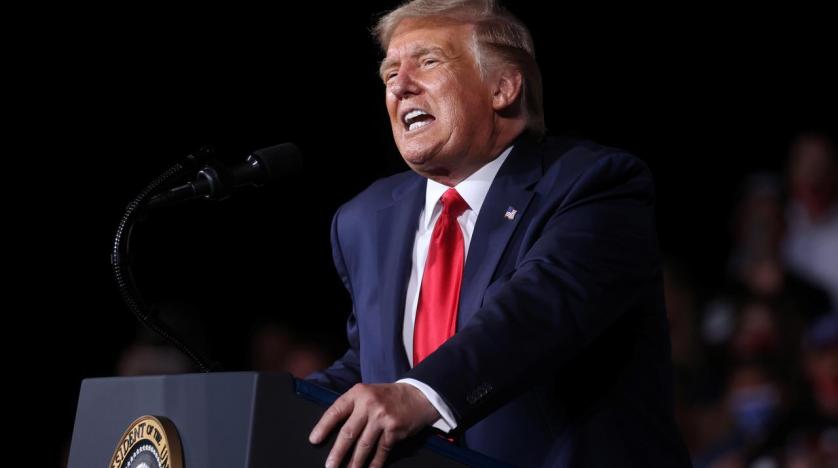 President Donald Trump on Friday attacked his FBI director, Christopher Wray, for highlighting the threat posed by Russia and right-wing militias to the US election, rather than focusing on China and left-wing groups.

Trump, whose campaign had murky ties to Russian operatives offering assistance during his 2016 victory against Hillary Clinton, has repeatedly criticized his intelligence officials who consistently say that Moscow still poses the chief danger.

Still, the Republican's criticism of Wray at the White House, a day after the FBI chief testified before Congress, was unusually public for a US president, AFP reported.

Asked by reporters if he wanted to fire Wray, Trump said: "We're looking at a lot of different things."

"I did not like his answers yesterday. I'm not sure he liked them either. I'm sure that he probably would agree with me," Trump said.

The president, who faces a difficult reelection fight on November 3, repeated his insistence that China, not Russia, is the bigger problem.

"Obviously China is at the top of the list. I see Russia, North Korea, many other countries, can be talked about. But China would be at the top of that list, so I don't know why that's not mentioned," Trump said

He also attacked Wray over his assessment that white supremacist groups represent the biggest threat of domestic violence in the already tense pre-election season.

"Within the racially motivated violent extremist bucket, people subscribing to some kind of white supremacist ideology is certainly the biggest chunk," Wray said in his testimony to Congress.

Trump said Wray should instead have been focusing on Antifa, a loose-knit leftist movement at the forefront of sometimes violent anti-racism protests.

In addition to castigating China on the campaign trail, Trump has made claims that Antifa is seeking to destroy American suburbs and promote mass violence a central part of his reelection message.

"They're bad. And when a man doesn't say that, that bothers me. I wonder why he's not saying that," he said of Wray.

"Why he doesn’t want to say that, that certainly bothers me."