Turkey Enhances Positions in Northwest Syria after Talks with Russia 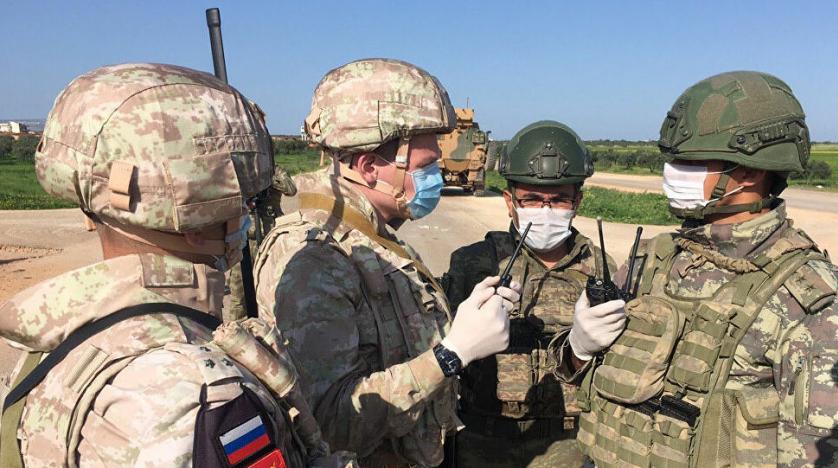 Despite a recent agreement with Moscow on withdrawing its heavy weapons from the region, Ankara on Friday sent a new military column to its observation points in the south of Syria’s Idlib province, where Russian warplanes and Syrian forces have recently reduced their military activities.

The new Turkish military column, including armored vehicles and logistical supplies, crossed into Syrian territories via Kafr Lusin crossing on the border with Iskenderun region in northern Idlib.

The vehicles then headed to the Turkish positions in the de-escalation zone.

Over 15,000 Turkish soldiers have deployed in the area since the first Astana agreement between Ankara and Moscow was signed in 2017.

One Tuesday, Turkish and Russian officials met in Ankara for a new round of talks on developments in Syria to discuss a proposal for decreasing the Turkish observation points in Idlib.

However, “the meetings between the Russian and Turkish delegations have not resulted in any specific results or reached mutual understanding on Idlib,” a Turkish source familiar with the situation told Sputnik.

Ankara asked that the cities of Tall Rifat and Manbij be transferred under its control, but this initiative was rejected by Moscow.

During the meeting, Turkey also refused to leave checkpoints on the territories controlled by the Syrian army as well as to reduce the number of its troops in the region and withdraw heavy weapons.

Meanwhile, the administration of the Bab al-Hawa crossing described on Friday the statements of United Nations Under-Secretary General for Humanitarian Affairs Mark Lowcock as “irresponsible.”

During a session of the UN Security Council regarding the situation in Syria, Lowcock discussed the entry of UN aid convoys into Syria through the crossing.

“There are great challenges on the Syrian side, including the delayed entry of UN convoys to Syria and their complicated return to Syria,” he said.