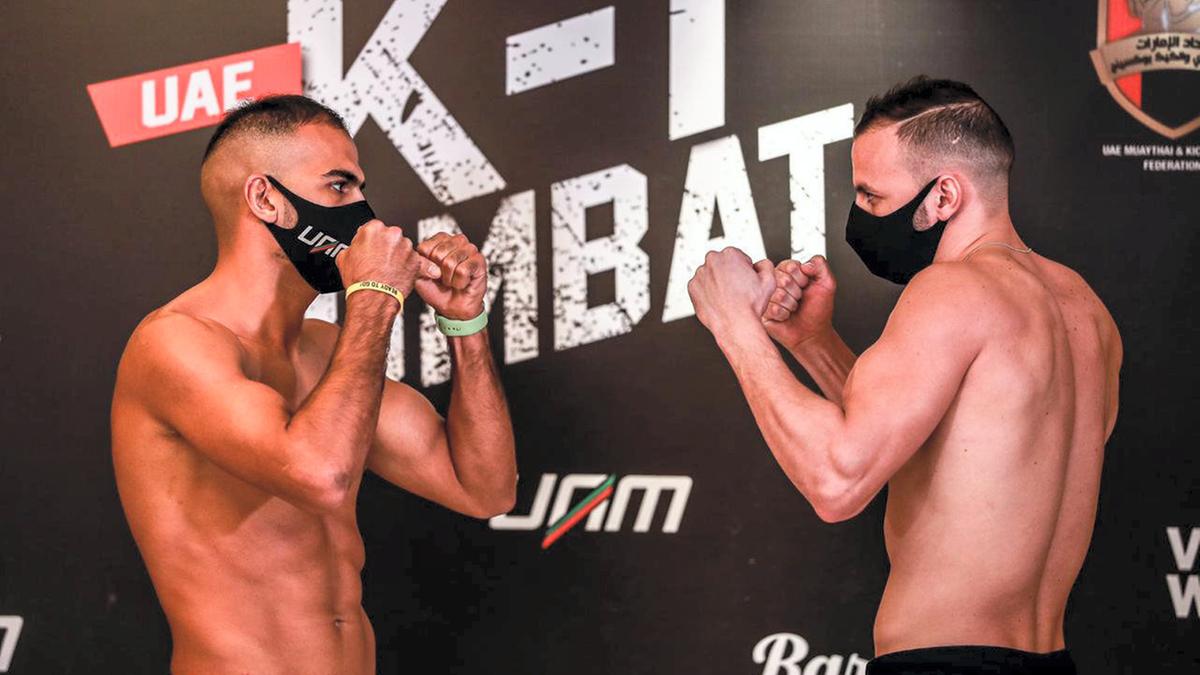 Ilyass Habibali can hardly contain his excitement at the thought of returning to the ring this weekend in the inaugural K-1 Combat kickboxing competition in Dubai.

Nearly nine months after winning gold at the Asian Muaythai Championship in Abu Dhabi, the Emirati once again takes up the cudgels, albeit is a different martial art, when the action gets under way at Festival Arena.

“I haven’t competed in kickboxing at this level for more than eight years but to get into the ring in nearly nine months after the Covid-19 lockdown just excites me,” he said.

“It is similar martial art but muaythai involves striking with elbows and knees as well as kicks and punches whereas in kickboxing it is confined to only punches and kicks."

A gold medallist at the Muaythai World Championship in Mexico in 2018, Habibali, 29, is confident he will be competitive having spent months preparing for the event.

“It obviously is a bit hard to adapt after being out of it for so long but it’s still good for me,” he added.

“The preparations for both muaythai and kickboxing are similar, yet, I need to adapt to the four-point scoring system.

“My opponent [Haroun Baka] is an unknown quantity because he arrives as a replacement after fighter I was originally to meet had suffered an injury and forced to pull out of the competition.”

Tareq Al Muhairi, executive director of the federation, said competitors had been paired by its own technical committee and that he expects an "exciting event".

“As a federation we held a successful muaythai event to come out of the lockdown and we are now consolidating it with the kickboxing competition,” he said.

“This is our federation’s first pro kickboxing competition and we are confident to build on this.”

Abu Dhabi will also host the World Muaythai Championship, although a date has yet to be finalised, after it was postponed in June due to the Covid-19 outbreak.