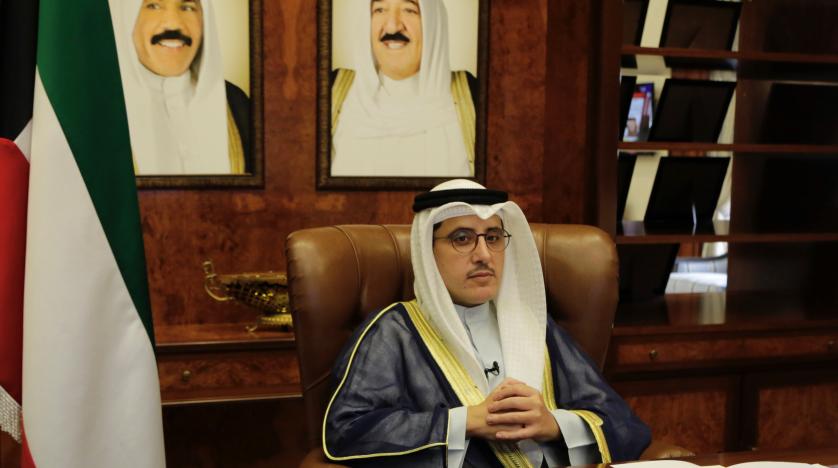 Kuwait on Thursday expressed great concern over the deteriorating humanitarian situation in Yemen and said it will provide $20 million in emergency aid amid the "extremely alarming" condition in the country.

Speaking at a ministerial meeting held virtually Thursday on the sideline of the 75th session of the UN's General Assembly, the Kuwaiti Acting Foreign Minister and Minister of Defense Sheikh Ahmed Al-Sabah said the best solution to end the deteriorated humanitarian situation in Yemen requires reestablishing security and stability that maintain the country's sovereignty, independence and unity.

He said that this goal can only be realized through a political solution based on the three terms of reference including the UNSCR 2216, the GCC's Initiative, its operational mechanism and outcomes of National Dialogue.

Reiterating his country's unflinching support for Yemen, Kuwait's foreign minister said it was incumbent upon the international community to "lift the Yemeni people out of misery," subsequently restoring peace and stability there.

In the midst of the world's "worst humanitarian crisis," exacerbated by the coronavirus pandemic, he said high-level international talks held regularly over the years encapsulated global support for Yemen.

The minister also highlighted Saudi Arabia's "admirable efforts" to end the crisis in Yemen, saying that Riyadh, which has seen the conflict spill across its border, was Yemen's "largest benefactor."

He went on to equally thank UN bodies for their role to help end the conflict as well, urging for "unimpeded access" to all people in dire need of humanitarian aid across a country battered by years of war and months of a raging pandemic.

Kuwait's New Emir Calls for National Unity ahead of Elections