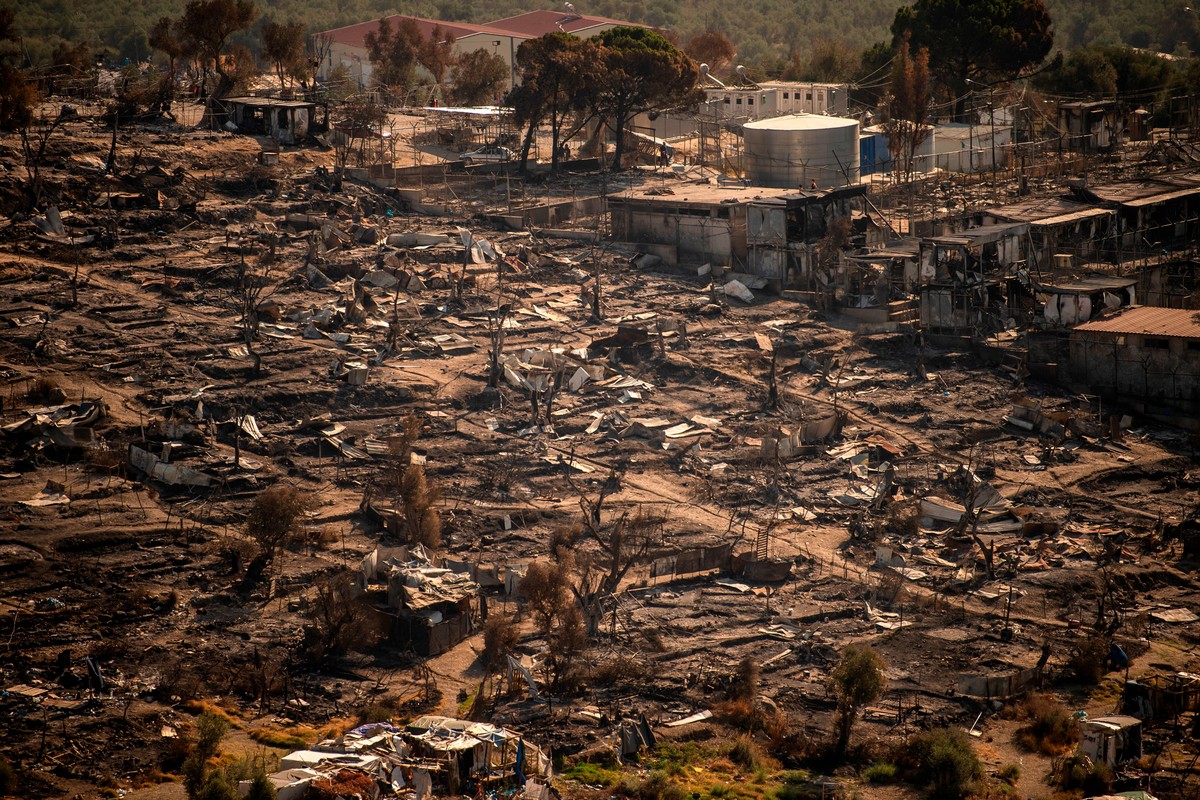 Four Afghans have been formally charged with arson for their alleged involvement in fires that destroyed much of Greece’s Moria refugee camp last week, the Associated Press (AP) reports.

The four men, who are accused of starting fires that burned for two nights last week, have been detained by police and will have three days to prepare their testimony before a hearing.

Two other migrants, who are minors, accused of starting the fires have been remanded in police custody on the Greek mainland but have not been formally charged.

According to the AP report, current lines of inquiry suggest last week’s fires, which broke out simultaneously, were set deliberately by migrants disgruntled after the camp was formally locked down due to an outbreak of coronavirus.

Last week’s fires engulfed Moria camp over two nights, destroying the overcrowded informal settlement which provided shelter to more than 12,000 refugees and migrants in the eastern Greek island of Lesbos.

There were no reports of casualties, however, thousands of the camp’s residents were forced to flee the fires. Most of them remain without shelter and have been camping on the side of roads and in local fields, according to AP.

However, AP reported many refugees are reluctant to move to a new informal settlement, fearing it could become another ramshackle overcrowded camp, like Moria.

The European community has scrambled to respond to the new crisis, with calls for continental unity voiced by President of the European Commission Usrula von der Leyen yesterday.

“The images of the Moria camp are a painful reminder of the need for Europe to come together,” von der Leyen was quoted by AP as saying.

Adding, “everybody has to step up here and take responsibility – and the commission will do just that… but I want to be clear: if we step up, then I expect all (EU) member states to step up, too. Migration is a European challenge, and all of Europe must do its part.”

Germany has already pledged to grant asylum to at least 408 families currently living in camps in Greece and has called on other member states to make similar pledges.