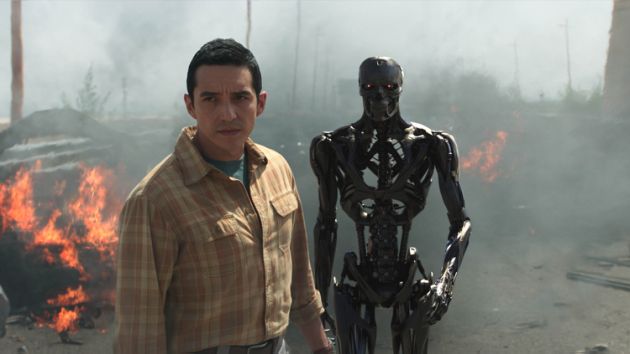 The previously unannounced film is the second international shoot to resume filming in Italy, following Sky original series “Domina,” after production was forced to stop due to the coronavirus crisis in February. The next foreign production expected to restart locally after a COVID-19-related halt is “Mission: Impossible 7,” for which Tom Cruise is soon expected in Venice.

“Eddie & Sunny” is based on the eponymous 2015 novel by writer-director Stacey Cochran. Pic is produced by Andrea Iervolino and Monika Bacardi’s Rome-based Iervolino Entertainment, the expanding shingle behind Johnny Depp-starrer “Waiting for the Barbarians.”

As per promotional materials, “Eddie & Sunny” is centered around an impulsive homeless couple who, in defense of their teenage son, murder an affiliate of a drug cartel and are forced into separation and hiding. Luna plays Eddie, while Vanderham plays Sunny.

Muraglia in a statement called the film “a moving love story and a road movie,” and also “one of the rare cases” in which social criticism is woven into “a breathtaking narrative structure.”

Iervolino said that after being forced to stop production in Rome “due to the dramatic world pandemic,” his company is “happy that this project can finally see the light.”

“We worked hard to be able to start preparation with the right safety measures,” Iervolino added.