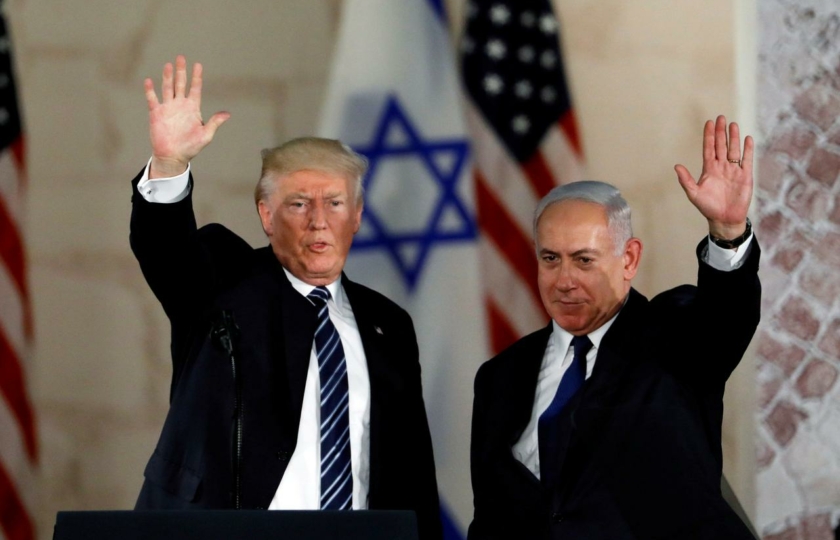 President Donald Trump is set to preside over the signing of historic diplomatic deals between Israel and two Gulf Arab nations that could herald a dramatic shift in Middle East power dynamics and give him a boost ahead of the November U.S. election.

In a White House ceremony aimed at showcasing presidential statesmanship, Trump will host more than 700 guests Tuesday on the South Lawn to witness the sealing of the agreements between Israel, the United Arab Emirates and Bahrain. Trump and his allies hope the occasion will burnish Trump’s credentials as a peacemaker at the height of his reelection campaign.

Israeli Prime Minister Benjamin Netanyahu and the Emirati and Bahraini foreign ministers are to ink the deals before the crowd, which will include representatives of supporting nations from the Washington-based diplomatic corps but few other dignitaries from overseas. Some congressional Democrats who have offered muted praise have been invited to attend.

In addition to the individual bilateral agreements signed by Israel, the UAE and Bahrain, all three will sign a trilateral document, officials said. The agreements are dubbed the “Abraham Accords” after the patriarch of the world’s three major monotheistic religions. Trump is expected to sign as a witness.

The agreements won’t end active wars but will rather formalize the normalization of the Jewish state’s already warming relations with the two countries. And, while not addressing the longstanding Israeli-Palestinian conflict, they may pave the way for a broader Arab-Israeli rapprochement after decades of enmity, a pair of wars and only two previous peace deals.

Skeptics, including many longtime Mideast analysts and former officials, have expressed doubts about the impact of the deals and lamented that they ignore the Palestinians, who have rejected them as a stab in the back by fellow Arabs. Netanyahu has insisted that Israel’s plans to annex West Bank settlements is only suspended and remains on the table.

Yet even the harshest critics have allowed that the agreements could usher in a major shift in the region should other Arab nations, particularly Saudi Arabia, follow suit, with implications for Iran, Syria and Lebanon. Other Arab countries believed to be close to recognizing Israel include Oman, Sudan and Morocco. 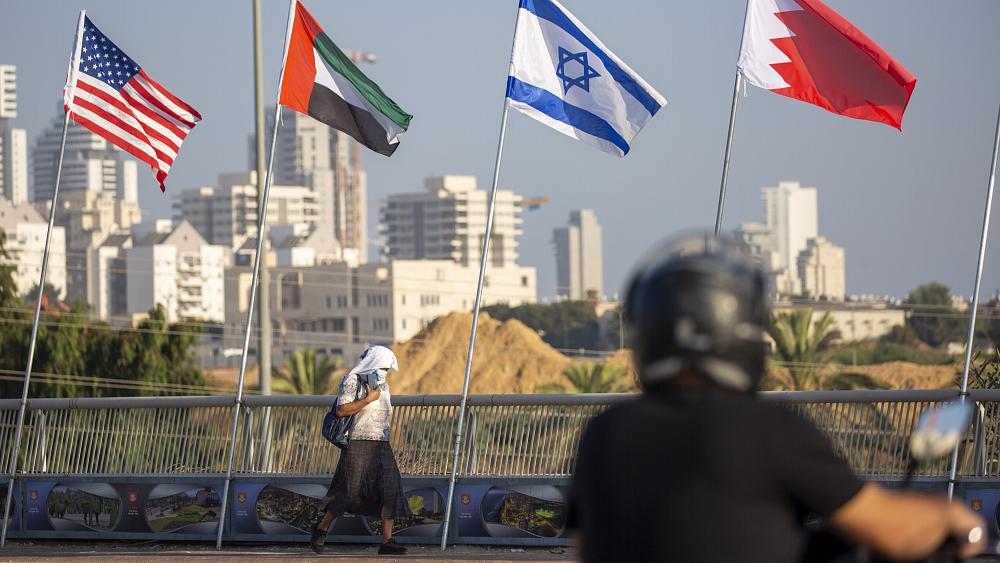 “These agreements are a huge accomplishment for the countries involved and have led to a tremendous sense of hope and optimism in the region,” said Trump’s son-in-law and senior adviser, Jared Kushner, who led the negotiations. “Instead of focusing on past conflicts, people are now focused on creating a vibrant future filled with endless possibilities.”

The Palestinians have not embraced Kushner’s vision.

A poll released Tuesday found that 86% of Palestinians believe the normalization agreement with the UAE serves only Israel’s interests and not their own. Fifty-three percent of Palestinians described the agreement as a “betrayal” while 17% said it marked the “abandonment” of their cause.

Palestinian activists held small demonstrations Tuesday in different parts of the West Bank and in Gaza, where they trampled and set fire to pictures of Trump, Netanyahu and the leaders of the UAE and Bahrain.

Trump remains undeterred, telling “Fox & Friends” on Tuesday that the Palestinians are “difficult” to deal with. Eventually, he said, “Palestinians will be brought in because all of their supporters, all of the people that give them lots of money are coming into the deal so otherwise they’ll be left out in the cold.”

Tuesday’s ceremony follows months of intricate diplomacy headed by Kushner and Trump’s envoy for international negotiations, Avi Berkowitz, that first bore fruit Aug. 13 when the Israel-UAE deal was announced. That was followed by the first direct commercial flight between the countries, and then the Sept. 11 announcement of the Bahrain-Israel agreement.

The specific contents of the individual documents to be signed were not known ahead of the ceremony. While officials said they would hew closely to the joint statements issued when the deals were first announced, it remained unclear if the agreements would require further action by the three governments or what binding obligations they would commit each to enforcing.

A senior White House official said Monday the UAE-Israel agreement would be longer and more detailed than the Bahrain agreement because there had been more time to finalize it. Still, the lack of clarity even a day before the ceremony has raised some suspicions about the durability of the agreements.

Even in Israel, where the accords have received widespread acclaim, there is concern that that they might result in U.S. sales of sophisticated weaponry to the UAE and Bahrain, thus potentially upsetting Israel’s qualitative military edge in the region. 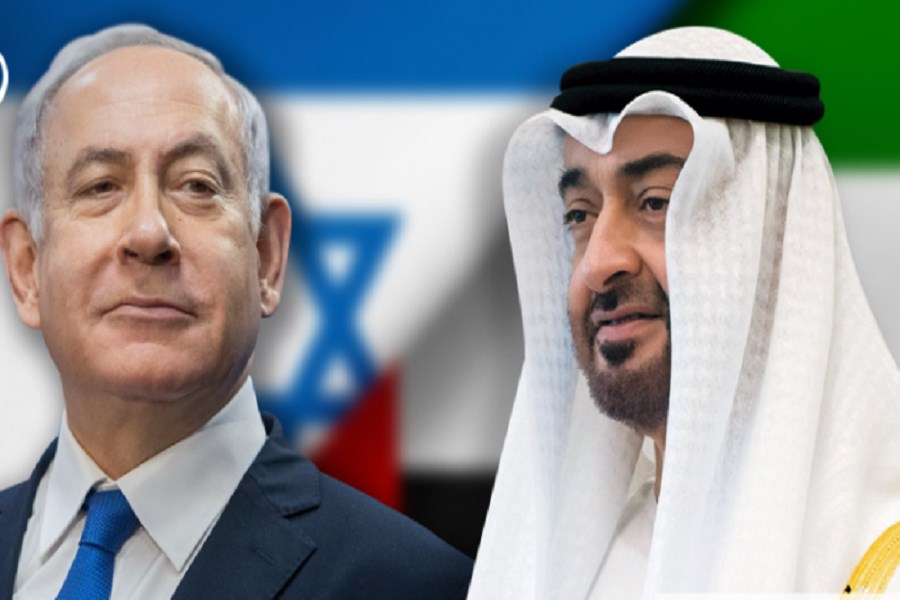 “They’re very wealthy countries for the most part ... some are extraordinarily, like UAE,” Trump said. “And they would like to buy some fighter jets and I personally would have no problem with it.”

Meanwhile, a politically vulnerable Netanyahu is facing questions about appearing at such a large event just days after he announced a new nationwide lockdown to fight a surge in coronavirus cases that will impose severe restrictions on movement and gatherings. The White House encouraged those attending Tuesday’s ceremony to wear masks.

And while the UAE and Bahrain have a history of suppressing dissent and critical public opinion, there have been indications that the agreements are not nearly as popular or well-received as in Israel. Neither country sent its head of state or government to sign the deals with Netanyahu.

Bahrain’s largest Shiite-dominated opposition group, Al-Wefaq, which the government ordered dissolved in 2016 amid a yearslong crackdown on dissent, said there is widespread rejection of normalization.

Al-Wefaq said in a statement that it joins other Bahrainis who reject the agreement to normalize ties with the “Zionist entity,” and criticized the government for crushing the public’s ability to express opinions “to obscure the extent of discontent” at normalization.

In the UAE, there has been speculation that Abu Dhabi’s Crown Prince Mohammed bin Zayed, widely seen as the country’s day-to-day leader and architect of the Emirati push to improve relations with Israel, is steering clear of the signing ceremony.

Although Emirati protocol dictates that the foreign minister and not the crown prince of a specific emirate be dispatched to represent the country in lieu of the UAE’s president, who’s rarely been seen in public since suffering a stroke more than six years ago, there’s speculation the crown prince is not attending the White House ceremony for political reasons.

He may not want to be seen throwing too much of his support behind Trump weeks ahead of a U.S. presidential election in which the outcome is far from certain.