Politico: The Trump campaign is using Russian warplanes to call on the American people to support the military 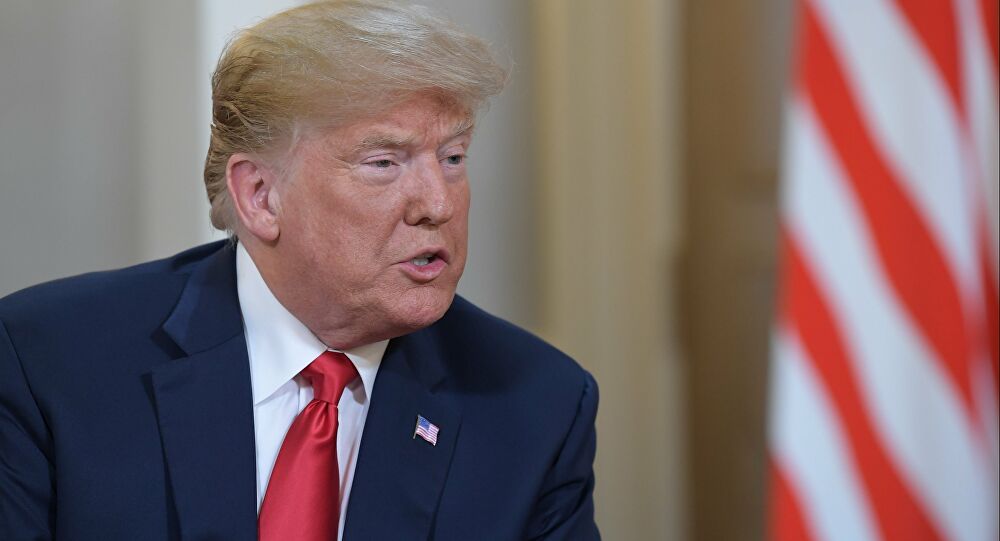 In a propaganda in support of the US military published by Donald Trump's campaign, it found only Russian aircraft to invite Americans to love and support their armed forces.

And it appears as Politco magazine is one of the many mistakes the campaign is making in an attempt to secure a second victory for President Trump, who is facing tough competition from Democratic candidate Joseph Biden. The magazine said that the digital propaganda published by the Trump campaign fundraising department on September 11th called on the American people to "support our forces", and instead of using the American fighters that Trump brags about, the ad designer used pictures of Russian fighters. The ad made, "The Trump Commission Makes America Great Again."

“This is definitely the MiG-29,” said Pierre Spry, who helped design the F-16 and E-10, and “I'm glad to see it support our forces.” Note the fighter's tail angle facing the plane's engines and sliced ​​by a lane. Ruslan Bukhi, Mir, the Center for Strategic Analysis in Moscow, confirmed that the fighters in the advertisement were Russian and MiG-29 and said the fighter appearing from afar was carrying an AK-74 rifle.

The "Trump Make America Great Again" Committee directs the Republican National Committee and the Trump campaign. Dollars and digital donations go to the committee. It appears that the campaign took the photo from the website "Shutterrock.com", which maintains pictures like this and shows the shadow of fighters and soldiers in the sky.

A digital ad released by the Trump Make America Great Again Committee on Sept. 11 calling on people to “support our troops” uses a stock photo of Russian-made fighter jets and weaponshttps://t.co/DfwfTWNKQo

The maker of the picture, "BPTU", said the fighters are in Andorra, but did not respond to questions through Facebook. The MiG-20 is characterized by a twin engine and was designed in the period of the former Soviet Union and first flew in 1977 and is considered one of the most important Russian fighters and was sold around the world. It was developed during the Cold War to counter the F-15 and F-16 fighters.

The United States obtained a number of them for use in anti-enemy war games. The presence of the aircraft was revealed recently at the Russian air base in Syria and in Libya as well. Russia has exported fighters to North Korea, India and Uzbekistan. Iran acquired 68 MiG-29 fighters at the end of the Soviet era. In 1997, the United States bought 21 fighters capable of carrying nuclear warheads from MiG-29 and from Moldova, and prevented them from falling into the hands of enemies such as Iran.

Neither the Trump administration nor the Republican National Committee responded to questions from the signature. Nor is it the first time that the campaign or Republican officials have erred. In October, Florida Republican Representative Brian Mast posted a photo of a Russian warship with the caption: “Happy Birthday for the US Navy. To the men and women who make our water safe, we thank you. ”

The Washington Post: Trump must mediate in the dispute over the Nile Dam, but he ignites a war

Wall Street Journal: China threatens Washington after its citizens are sued in America