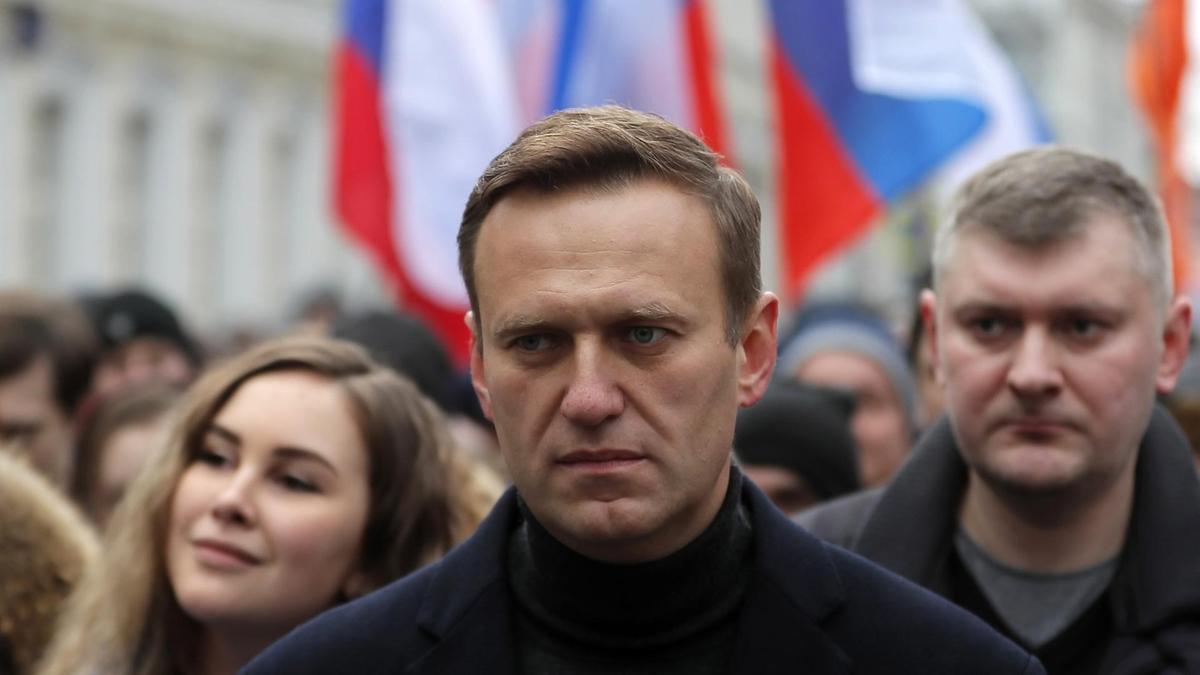 Russian opposition leader Alexei Navalny can now breathe on his own and briefly leave his hospital bed, his doctors said on Monday.

Meanwhile, Germany announced that French and Swedish labs have confirmed its findings that he was poisoned with the Soviet-era nerve agent, Novichok.

Mr Navalny, 44, a high-profile Kremlin critic, was flown to Berlin last month after becoming ill on a domestic flight in Russia and being treated in Siberia.

Germany has demanded Russia investigate the incident, while Moscow has accused the West of a campaign to smear Russia.

Mr Navalny has “successfully been removed from mechanical ventilation” and is able to leave his bed “for short periods of time”, the hospital said on Monday.

Doctors warned that even though Mr Navalny was recovering, long-term health problems could not be ruled out.

The Kremlin has denied any involvement in the incident.

The news about the activist’s condition came as his associates made some gains in regional elections held across Russia on Sunday.

In Novosibirsk, the head of his regional headquarters, Sergei Boiko, won a seat on the city council.

Another of his representatives, Ksenia Fadeyeva, won a city council seat in Tomsk.

The German government said tests by labs in France and Sweden backed up findings by a German military lab that Mr Navalny was poisoned with Novichok.

It is the same class of Soviet-era agent that Britain said was used on former Russian spy Sergei Skripal and his daughter in Salisbury, England, in 2018.

The Kremlin said Mr Putin “underlined the impropriety of unfounded accusations against the Russian side” and stressed Russia’s demand for Germany to hand over analyses and samples for its investigation.

He also called for collaboration between German and Russian doctors.

Russian Foreign Minister Sergey Lavrov accused the West of using the incident as a pretext to introduce new sanctions against Moscow.

Mr Lavrov, who has cancelled a scheduled trip on Tuesday to Berlin, said Russian authorities had conducted a preliminary inquiry.

He said they documented the meetings Mr Navalny had before falling ill, but he said they needed to see the evidence of his poisoning to launch a full criminal investigation.

“We have our own laws, whereby we cannot believe someone’s say-so to open a criminal case,” he said.

Read: Russia blames US for vehicles skirmish in Syria

Asked why no samples from Mr Navalny have been given to Russia, German Foreign Ministry spokeswoman Maria Adebahr replied: “Mr Navalny was in Russian treatment in a hospital for 48 hours.”

Russian doctors who treated Mr Navalny in Omsk, Siberia, said no evidence of poisoning could be found, adding he was too unstable to be transferred.

A German charity sent a plane to take him to Berlin.

Mr Navalny was kept in an induced coma for more than a week as he was treated with an antidote before hospital officials said a week ago that his condition had improved enough for him to be brought out of it.