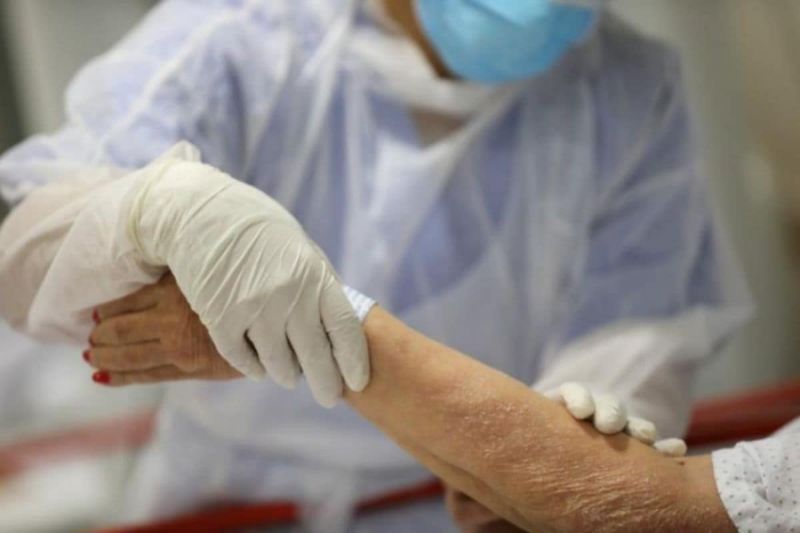 A 105-year-old woman in Koppal district has successfully recovered from COVID-19, after undergoing treatment for the viral infection at her home. Kamalamma Linganagouda Hiregoudar hails from Katarki village in Koppal taluk.

According to official sources, as the elderly woman had a fever, she was made to undergo a test and the result came out positive last week. As the centenarian had no other health issues, also considering her refusal to go to hospital, she underwent treatment under home isolation at her son’s residence.

After undergoing treatment at home under the supervision of grandson, Srinivas Hyati, who is a Doctor by profession, Kamalamma has recovered and her test reports have come negative now. Speaking to reporters, Kamalamma’s grandson said he felt it was challenging considering her age, but as she had no other health issues, she was under normal treatment and his grandmother is now an inspiration for those who fear COVID-19.

Though the elderly woman hesitated to take food, she was administered porridge and water, and medicine that was prescribed to her was limited. Till last evening, Koppal had reported a total of 8,802 COVID-19 cases, including 186 deaths and 6,870 discharges.

As of September 12 evening, cumulatively 4.49 lakh positive cases have been confirmed in Karnataka, which includes 7,161 deaths and 3.44 lakh discharges.

'Tailored For You'...First Egyptian Clothing Brand for People With Disabilities