But the dismantling of a digital pregnancy test led to a lot of confusion, after a team of BBC journalists discovered that it contained a regular paper pregnancy test, like the one used by doctors. All the digital parts and the green slides are only intended to translate this result from the paper-based test to the screen.

The BBC experiment raised questions about the increased cost of digital pregnancy tests.

Some say electronic devices give women a clear answer, but others point to the e-waste that digital tests make.

The experiment also found that the digital test contains a microprocessor that is more powerful than the old home computer processors.

But the electronic parts themselves do not play a role in checking hormones.

The Foone researcher decided to explore what's inside the digital pregnancy test, in response to a tweet from a man asking whether the digital tests his wife bought were worth the extra money.

For this experiment, Foone used a digital pregnancy test from Walmart Equate. The interior parts were similar to other brands including Clear Blue from Procter and Gamble.

Foone was surprised to find that the test item inside the machine was a regular paper test.

Strips of paper scan the sample to find a hormone called human chorionic gonadotropin, which the body produces during pregnancy. The strips are treated with a chemical that changes color if the hormone is present

As for the electronic devices, the results of the paper test are read, and then the word pregnant or not pregnant is shown.

The circuit board contains a "surprisingly complex chip" that is more powerful than the CPU of the first IBM personal computer.

Foone concluded that the digital tests "are not worth the extra money", given that the strips of paper only cost about 20 cents.

"It's basically a fraud," Foone wrote on Twitter. Computers are cheap now, and people buy the digital test thinking it is a more accurate and sophisticated model, but it's the same. 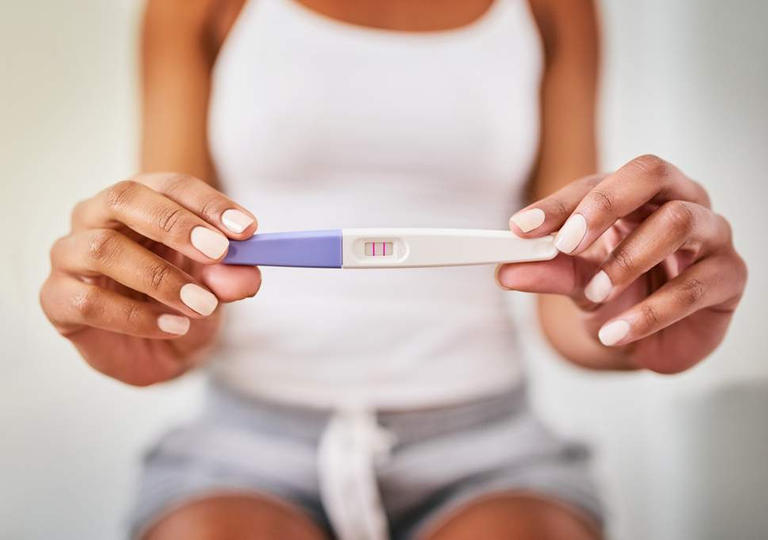 However, there are those who indicated that the paper-based tests can be read incorrectly, and that the judgment of the test result is primarily self-administered.

YouTube video maker Naomi Wu said, "Using a hardware interface to help women with this is not stupid or a hangover."

Vittorio Sagiumo, assistant professor in nanotechnology, agreed with her, and said that the interpretation of the lines on the paper test could vary from person to person. "I may see a faint line, and someone else comes and sees nothing at all."

Another user added, "The information you get from this test will literally change your life, so you don't want to guess the result, or have to read the user manual 10 times to explain the faint line. For myself I would happily pay more money."

Deconstructing pregnancy tests seems to be a common phenomenon on Twitter.

Inside the test there is a moisture wicking disk, which keeps the circuit dry until the test is used.

Some have indicated on social media that this pill is an emergency contraceptive tablet hidden inside the test.

Among the clips that indicated this, one that received 4.5 million views on Twitter. In fact, this tablet is a moisture wicking, can cause poisoning, and no one should take it.

3 ways to train your child not to interrupt your talk

Fondling your baby is a natural pain reliever