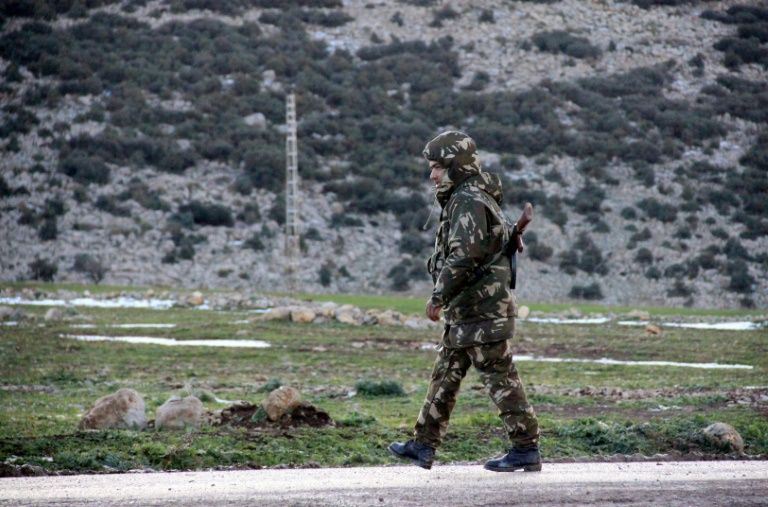 The Algerian army rejected the constitutional amendment, to be submitted for a referendum in two months, that would allow the military establishment to participate in operations outside the country to restore peace.

The army command suggested replacing the term “restoring peace” with “peacekeeping,” which observers interpreted as the military leadership’s rejection to involve the army in possible battles on foreign territories.

It proposed amending the article relating to this issue so that the mission is peacekeeping, within the framework of the principles and objectives of the United Nations, the African Union, and the Arab League.

The Ministry of National Defense submitted its remarks on the amendments to the presidency, knowing that the draft constitutional reforms have been approved by the National Assembly with 256 of the 462 members present.

The military establishment stressed that the participation of army units abroad may have consequences in terms of time and capabilities, which Algeria may not be able to control.

The army command also suggested the abolition of a paragraph in the constitution's preamble that indicates “the people's cohesion with the army during the February 22, 2019 movement.”

The command based its proposal on the fact that the army is “indivisible”, carrying out its constitutional and republican tasks, and has a close relationship with the people within the framework of national solidarity and cohesion.

They also suggested adding a statement to the articles stipulating “the People's National Army, defends the vital and strategic interests of the country in all circumstances.”

Initially, President Abdelmadjid Tebboune suggested that military units be sent abroad upon his orders and the approval of two-thirds of the parliament.

According to the Algerian constitution, the President is the minister of defense and the supreme commander of the armed forces. But in practice, the body that makes the decisions regarding the army is the command of its staff and the military intelligence, the backbone of the political system.

Since its independence in 1962, Algeria banned the participation of its forces in military missions outside the borders.