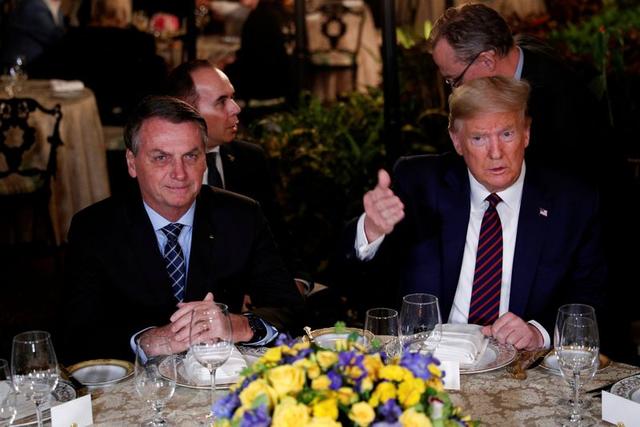 Brazil’s government will extend a tariff-free ethanol import program with the United States for 90 days starting Sept. 14, the foreign ministry said in a statement on Friday.

During that time, the United States and Brazil will discuss ways in which they can open up their respective ethanol, soy and corn markets, the statement said.

Brazil allowed a non-tariff quota for imports of 750 million liters per year of ethanol to expire at the end of August, resulting in U.S. producers having to pay a 20% tariff.

The tax-free import quota was used entirely by U.S. corn ethanol producers, who were happy to sell to Brazil to make up for low sales due to the coronavirus pandemic.

Trump, who faced pressure from the U.S. farm lobby, had urged renewal of the non-tariff quota. Some ethanol-producing states are key to Trump’s Nov. 3 re-election bid.

But Brazil’s farm sector has lobbied President Jair Bolsonaro’s government to drop the ethanol import quota or get something in return.

Reuters reported on Wednesday that the Brazilian government was likely to extend the tariff-free import regime - while pushing for greater access to the U.S. sugar market - in part to keep the U.S. election from exerting too much influence on any trade negotiations.

“Brazil and the United States have held consultations regarding their bilateral trade on ethanol,” the Brazilian foreign ministry said in the Friday statement.

“As a result, they have decided to conduct results-oriented discussions on an arrangement to improve market access for ethanol and sugar in Brazil and the United States. They will also consider an increase in market access for corn in both countries,” it added.

The next tariff-free regime will apply only to the first 187.5 million liters of ethanol, the Economy Ministry’s foreign trade body said in a separate statement on Friday.