The Independent: Trump plans to blow up a "surprise" in October 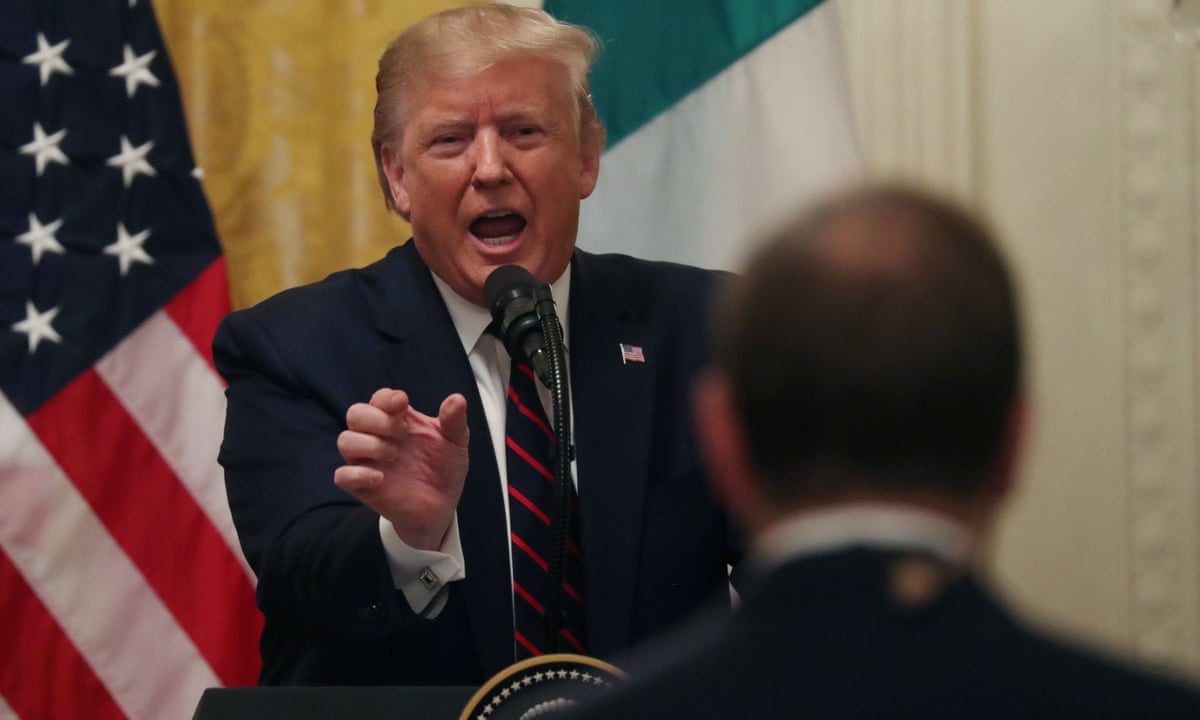 The British Independent newspaper said that US President Donald Trump and his electoral team are seeking to set off a "surprise" next October, in order to repeat the same conditions that contributed to his victory in the 2016 presidential elections.

The newspaper reported that veteran employees of the Ministry of Justice raised the alarm about the "October surprise" coming from the ministry, especially in light of the control of Secretary William Barr, who greatly blew up the separation wall that has always distinguished the relationship between the Ministry of Justice and the various successive departments of the White House, and most The rules that I have adhered to for more than half a century.

Donald Ayer, who served as deputy attorney general under Republican President George W. Bush between 1989 and 1990, said, "Even those who do not pay much attention to this administration are well aware that they are a group of liars who really want to be re-elected, and they will come out with a set of lies, and they have even started." Indeed, launching it in different ways, some of which will develop very dramatically ... It is important to warn the American public that this matter is definitely coming. "

Ayer confirms that Trump and Bar are continuing to "manipulate" the American justice system, in order to enhance the President's chances of winning the presidential bet in November.

"They will take advantage of the slightest opportunity they have to influence the elections through statements, but if the matter includes or does not include accusations for anyone, that in my opinion depends on how illogical they will be .. They will only seek to bring out Faraji's view of existence, and they must know the best way to do so." ".

"I am absolutely sure we have not yet heard the last chapters of this show from William Barr," he says. "He will do everything he can at any cost to make it the surprise of October."

Ayer refers here to efforts by President Trump and his aides to distort the course of the investigation launched by former special investigator Robert Mueller, into Russia's "widespread and systematic" interference in favor of his 2016 presidential campaign.

This campaign - which has been mainly attributed since last April to Connecticut Attorney General John Durham - seeks to prove the president and his supporters' allegations that the investigation led by Mueller was unlawful, and that senior administration officials of former President Barack Obama are guilty of crimes that include up to The limit of "treason."

Another former Trump administration official, former communications director Anthony Scaramucci, has expressed doubts that William Barr will attempt any such accusation against a prominent person with close ties to this year's Democratic Party list, such as former Obama national security adviser Susan Rice. Or even the party’s candidate, Joe Biden, or Obama himself.

Scaramucci considered that such a move would be "absolutely insane" and "a complete authoritarian move," rejecting the idea that Trump or Barr would be bold enough, because they are two "completely crazy", as he put it.

The Guardian: Biden winning the US presidency will not save the Iran nuclear deal