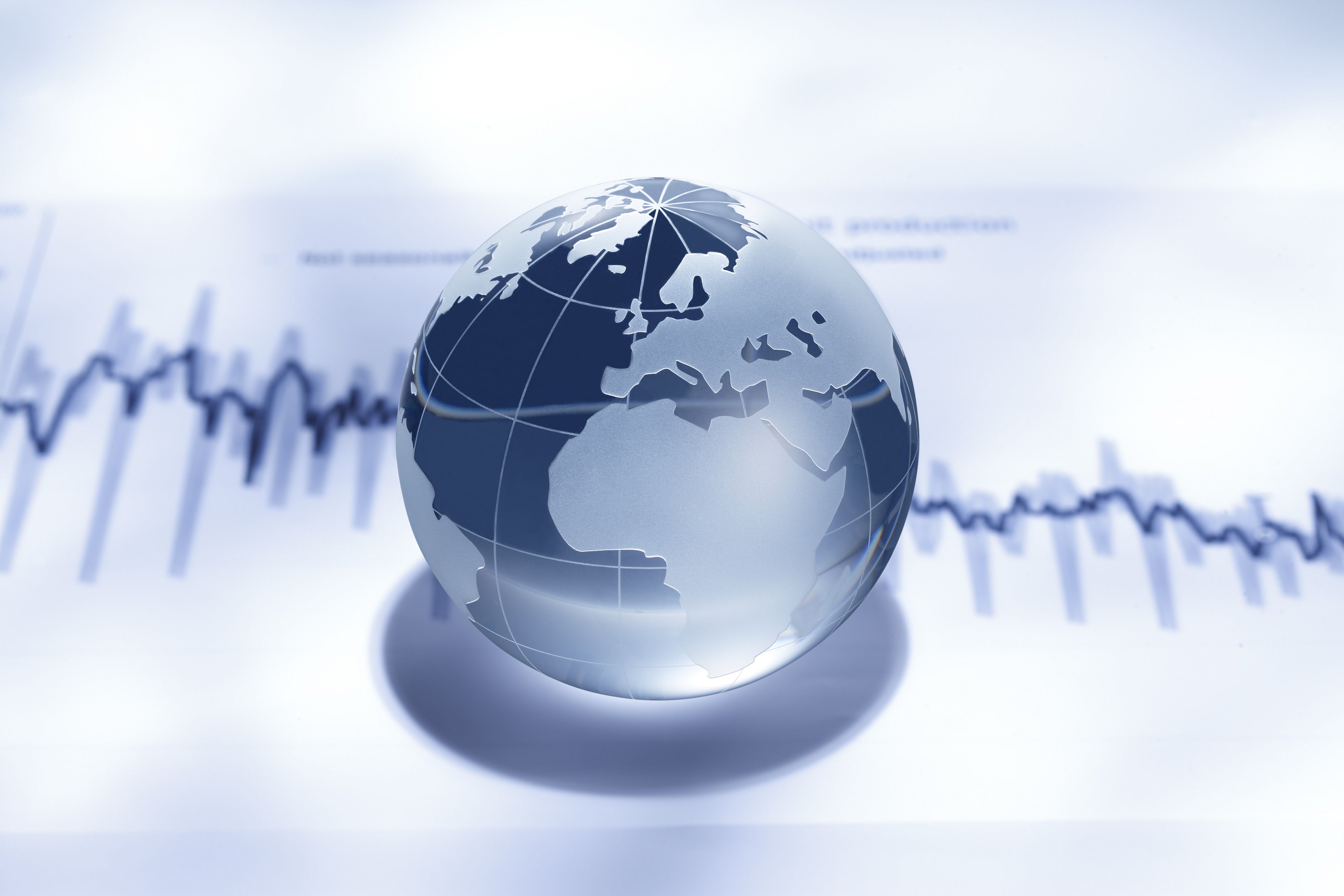 The global economy is seeing greens shoots of recovery, with some economies doing better than expected, but, the risk remains for developing and emerging countries that still require support and debt assistance, according to the International Monetary Fund's managing director.

The economic recovery is driven by a strong and synchronised policy response by governments and central banks, Kristalina Georgieva said. The situations has also improved since May as the world has “learned to function with this pandemic still around us”, she added.

“What we are getting as incoming data, paints a picture that is less bleak. In other words, we are seeing some signs of recovery in the world economy,” Ms Georgieva told a meeting of global finance ministers convened by the UN on Tuesday.

“A number of advanced economies are doing less bad – I cannot say better because -6, -8, -10 per cent is [still] bad – but less so than we had anticipated in our previous outlook.”

China, the world’s second-biggest economy where the pandemic first surfaced last year, has turned a corner. However, most emerging and developing economies are not seeing a reversal in their fortunes yet, she said.

“Some actually would see, in our projections, a downgrade, not an upgrade in their [economic] fate,” Ms Georgieva said.

“Tourism-dependent economies [in particular] are on their knees … and the virus is now moving [to] where health systems are weaker.”

Nine months after the coronavirus first surfaced, the world is still trying to cope with a growing number of infections in Asia, Europe, Africa and the Americas. The pandemic has tipped the global economy into the deepest recession since the Great Depression. The IMF forecasts the world economy will shrink 4.6 per cent this year while the World Bank estimates it is likely to contract 5.2 per cent.

The unprecedented fiscal response to the pandemic has already reached more than $11 trillion (Dh40.37bn) globally. But, global debt has also soared to $258tn or 331 per cent of GDP in the first quarter of 2020. Global public debt is now expected to exceed record 101 per cent of GDP in 2020-21, as nations borrow to support their economies and financial markets.

Debt levels of vulnerable countries, IMF managing director said, has reached a point where it is “suffocating their capacity to act”.

In April, the group of the world’s 20 biggest economies agreed on a time-bound Debt Service Suspension Initiative (DSSI) for poor countries, allowing suspension of debt until the end of this year. So far, more than 45 countries have asked for assistance under the scheme, resulting in the deferral of more than $5.3bn (Dh19.46bn) in debt repayments.

The IMF and the World Bank have now asked to extend DSSI for at least another year while allowing some countries to restructure their debts, Ms Georgieva said.

“We have to recognise that for some countries, this [DSSI extension] is not going to be enough and we have to have debt restructuring to bring down debt levels.”

The G20, in its October meeting, will consider the option of extending DSSI into the next year, Abdulaziz Al Rasheed, Assistant Minister at the Ministry of Finance in Saudi Arabia, which holds the G20 presidency this year, told the virtual ministerial conference. 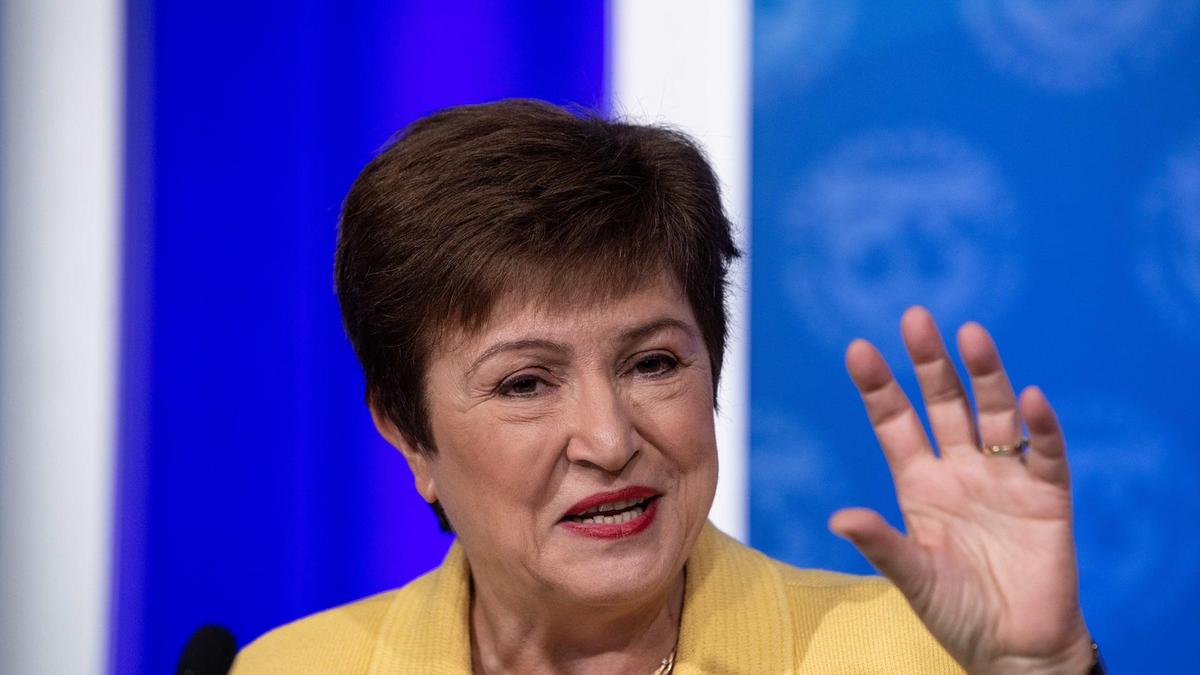 “Supporting the most vulnerable countries is a key priority for G20 … [which] has worked tirelessly with international financial institutions to implement a swift and strong financial response for the countries in need,” he said.

Brent McIntosh, Under Secretary for international affairs at US Department of the Treasury said G20 and Paris Club creditors, are prepared to consider further steps if “major creditors demonstrate robust participation in the current initiative”.

“For the initiative to provide the necessary fiscal space for vulnerable countries, all official bilateral creditors should fully participate on comparable terms and in transparent [manner],” he told the meeting.

Ludger Schuknecht, the head of Directorate General of fiscal, monetary and international financial policy at the German ministry of finance, however, said that countries that have a “solvency problem” due to Covid-19 shock, should receive “case-by-case debt treatment” as extension of DSSI is not a solution for these nations.

Officials from the US, Germany and China, along with the IMF, urged broader participation of the private sector in the debt initiative and called for greater debt transparency.

“I will call for debt transparency as our priority. If we know what the debt level is, [it’s] much easier to handle,” Ms Georgieva said.

In May this year, the UN convened 50 heads of states and financial policymakers under the theme of Financing for Development in the Era of Covid-19 and Beyond. The global body set up six working groups to discuss issues including, external finance and remittances; jobs and inclusive growth; sustainable development goals (SDGs); global liquidity and financial stability; debt vulnerability; private sector creditors engagements and illicit financial flows.

The initiative is in parallel to other global consultation processes being run by the G7, the G20, the OECD and other bodies to resolve the current and future development challenges.

Addressing the need for crucial investments into the SDGs, the UAE Minister of State for Financial Affairs Obaid Humaid Al Tayer said the path to recovery calls for “innovative and scalable approaches to diversify” which will enable financing for the SDGs.

“It is important to increase quality infrastructure investment to boost and attract innovative private sector participation and SMEs in projects related to the green economy, solar energy and rainwater harvesting,” he told the ministerial meeting.

But the rise of digitisation also increase the risk of illicit financial flows, he said.

“The UAE has developed within the G20 scope of work, a whitepaper that lays the foundation for a global monitoring framework, to address the integrity risks arising from digital developments,” he added.