Long neglected after landmark discovery, armored dinosaur finally gets its due 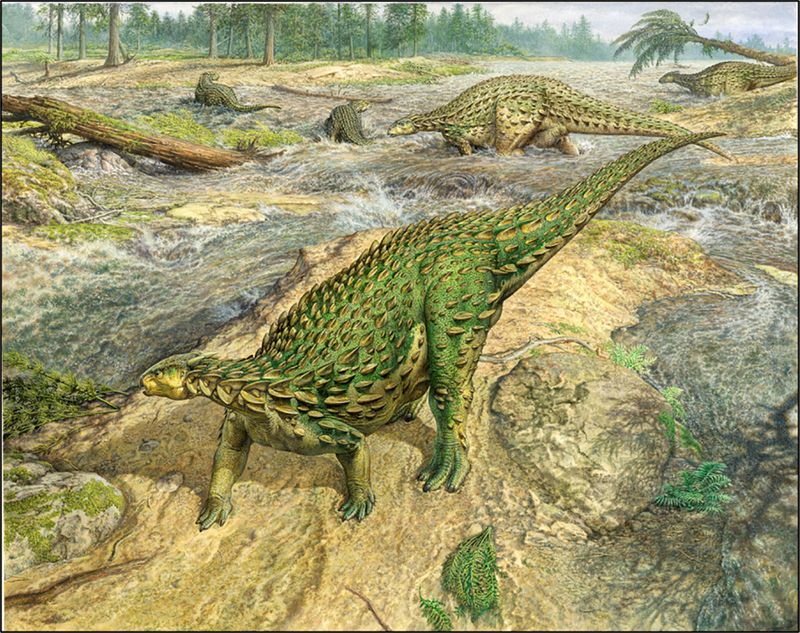 When the bones of the early armored dinosaur Scelidosaurus were unearthed in 1858 in west Dorset, England, they comprised the first complete dinosaur skeleton ever identified.

But aside from cursory papers by pioneering British paleontologist Richard Owen in 1861 and 1863 that incompletely described its anatomy, Scelidosaurus was long neglected despite the landmark nature of its discovery.

That has now changed, with the first thorough evaluation of its fossils finally giving Scelidosaurus its due - showing that

it had a unique anatomy and determining its place on the dinosaur family tree.

University of Cambridge paleontologist David Norman said Scelidosaurus, which lived about 193 million years ago, was an

early member of the evolutionary lineage that led to the dinosaur group called ankylosaurs. Ankylosaurs were so heavily armored - some even wielding a bony club at the end of their tails - that they are dubbed the tank dinosaurs.

There has been a long-running debate over whether Scelidosaurus was ancestral to another group called stegosaurs,

known for the bony plates on their back.

“It has a lot of fascinating anatomy,” Norman said.

Scelidosaurus is among the earliest-known members of an even-larger dinosaur grouping called ornithischians and provides new insights into this group’s origins.

This individual was probably the victim of a flash flood and drowned in the sea, with its body becoming buried in sediment.

“This animal was discovered at a crucial time in the history of dinosaur research. It was given to the man (Owen) who

invented the name ‘dinosaur’ in 1842 and gave him a chance to at last demonstrate what dinosaurs really looked like.

Up until that moment dinosaurs had only been known from scraps of bone and some teeth,” said Norman, whose fourth research paper describing Scelidosaurus was published this month in the Zoological Journal of the Linnean Society of London.

“Curiously Owen did not describe it adequately and it has lain in the collection of the Natural History Museum in London - researchers knew of it by name but it was not at all well understood,” Norman added.

Mayflower 400: the science of sailing across the ocean in 1620