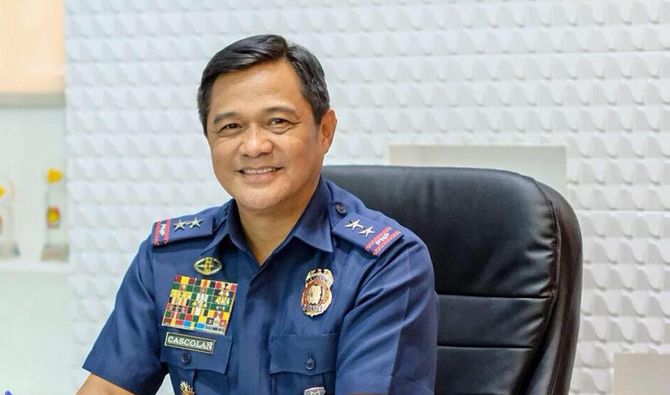 “We will never intercede or (go into) your Facebook account,” PNP chief Gen. Camilo Cascolan told a press briefing, saying that officers would not look into private individuals’ social media posts, particularly those on Facebook, unless they went viral or were shared publicly.

Cascolan said that the PNP was “strictly complying” with the Data Privacy Act and that it was the responsibility of each individual to post what was right when using their social media accounts.

“When it goes viral, and you want other people to die too, that’s not privacy anymore ... When does it become private if you are involving other people?”

Police will coordinate with village officials to investigate the matter first, he explained, and an online post where a person or people may appear to have violated quarantine rules would not lead to an immediate arrest.

“We will always go for evidence and witnesses so that we will be able to file a case properly.”

If found guilty, quarantine violators would either be issued a warning or asked to do community service in their village as an initial penalty. Joint Task Force COVID Shield commander P/Lt. Gen. Guillermo Eleazar said officials would monitor PNP Facebook accounts where the public were encouraged to report  violators, such as people at drinking sessions or parties despite quarantine policies in place to prevent the spread of the disease.

As for a private individual’s Facebook account, he said that officials would only check on posts in the public domain.

“But first it has to be validated because it is possible that it could also be fake. And once we validate it, we will also get the cooperation of the village officials to conduct an investigation.”

To further ease privacy concerns, Eleazar said that the monitoring would focus more on government officials and prominent individuals.

“They are the ones who are easy to identify and are supposed to be the first to follow existing quarantine rules. Ordinary citizens have nothing to worry about because they are empowering the citizenry to provide the police with information.”

PNP officials, especially those at police stations, could not monitor millions of social media accounts, he added.

Human rights activists said that the monitoring activity for supposed quarantine violations was a “cover for mass surveillance.”

“Who will they seek (to) monitor in the first place?” Cristina Palabay, secretary-general at the Karapatan rights alliance, said. “Unless they start with their own ranks, we fear that this move is nothing more than an insidious cover for online policing and mass surveillance … All under the convenient guise of enforcing quarantine measures such as the ban on mass gatherings.”

She added that the group had seen the police conduct “violent and illegal dispersals” and arrests at protests for the past few months, despite compliance with health protocols such as the wearing of face masks and observance of physical distancing, as well as “tracking and arresting ordinary people airing their legitimate grievances” against the government online.

As of Monday, 1,383 new COVID-19 infections were reported in the country, raising the overall tally to 238,727, according to the latest data shared by the Department of Health.