A woman wore 6 kilograms of gold with her neck. 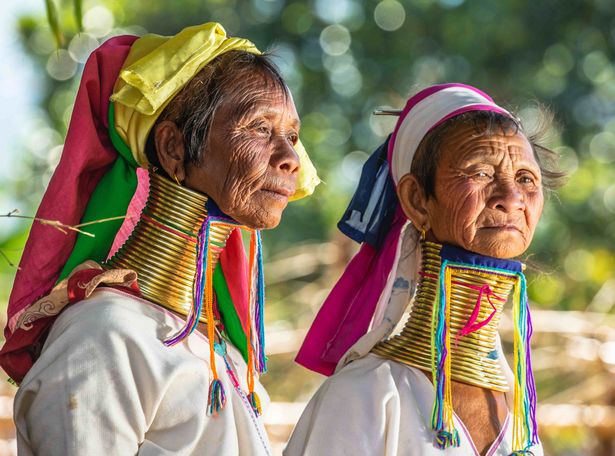 Pictures published by the British newspaper Mirror, Saturday 5 September 2020, revealed strange and rare rituals by the women of the "Kayan" tribe of the State of Myanmar, as women deliberately extend their necks using a brass coil of about 20 cm length, which they begin to wear when they reach the age of five .

One of the striking pictures shows an elderly woman whose neck is more than 17 cm long and proudly displays her golden neck bands, which may weigh up to 6 kg combined, and are made of copper or bronze.

Another photo is taken of three young girls keeping the tradition of wearing traditional clothes. 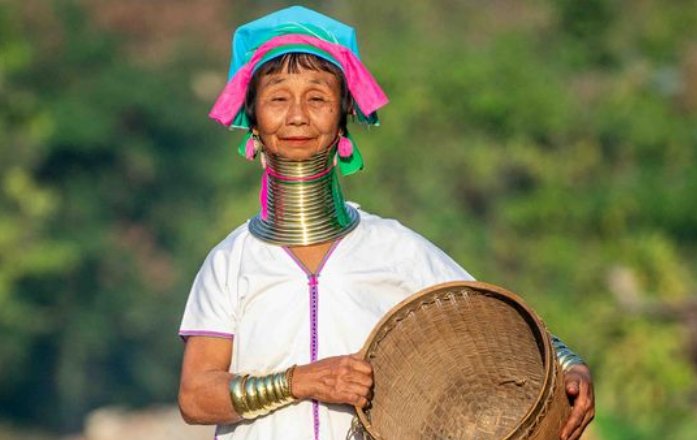 The photos were taken in Kayah Myanmar, by the camera of 48-year-old professional photographer Andrei Godkov, who hails from Moscow.

The photographer spent 5 days with the Kayan tribe, a minority Tibetan-Burmese ethnic group.

The exact reason behind these metal collars is still unknown, but anthropologists believe that the rings make women less attractive to other tribes, protecting them from becoming slaves.
The accessories do not lengthen the neck, but push the neck bone down, compress the rib cage, and deform the collarbone. 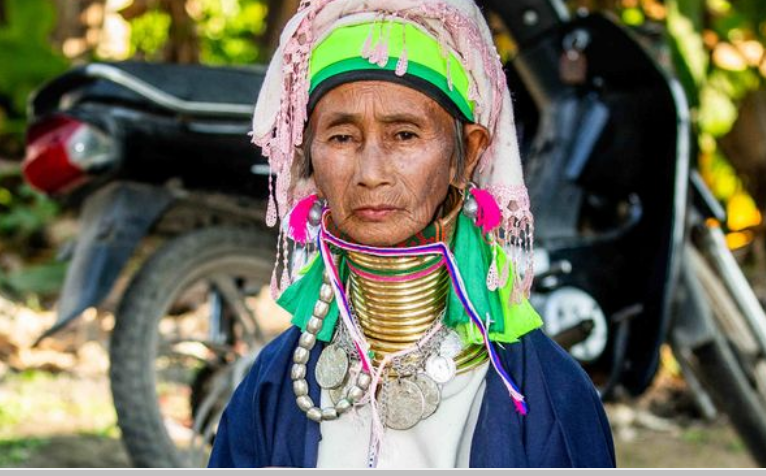 "One of the locals I spoke to said that these neck rings were to protect against a tiger bite," Andrey said, "but tigers have not been in those areas for a long time, and the men of that tribe do not wear such rings."

The same speaker adds that, “In another myth, the longer the neck and the greater the number of rings, this indicated a higher position in the village, and this was evident when I noticed that older women had longer necks and were more respected.

He also says, "Every girl who wears it too long at the age of five. Tradition dictates that a new ring be worn every year before marriage. And it is assumed that they will not take it off either. Unfortunately, younger generations of women only wear the rings to attract tourists and then take them off, contrary to the history of their ancestors." . 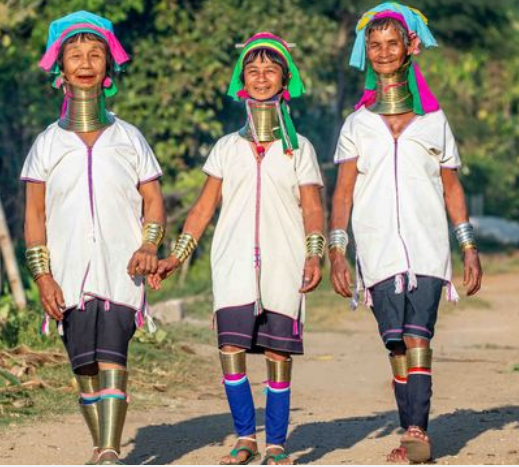 Before concluding his remarks by emphasizing that "traditions are now limited to photographic purposes, but I was lucky because those old women I photographed are really real."

It is worth noting that there are 20 thousand Kayans in the state of Kayah, and 60 thousand in Myanmar as a whole, and thus they constitute 0.006% of the country in Southeast Asia.

They also adhere to a traditional religion from the Bronze Age called Kan Juan, and they believe that their people are the result of a hybrid between a male human / angel and a female dragon.

In Kashmir, wedding season is on, but with new security measures

A 2,400-Year-Old Mask of Greek God Dionysus Found in Turkey