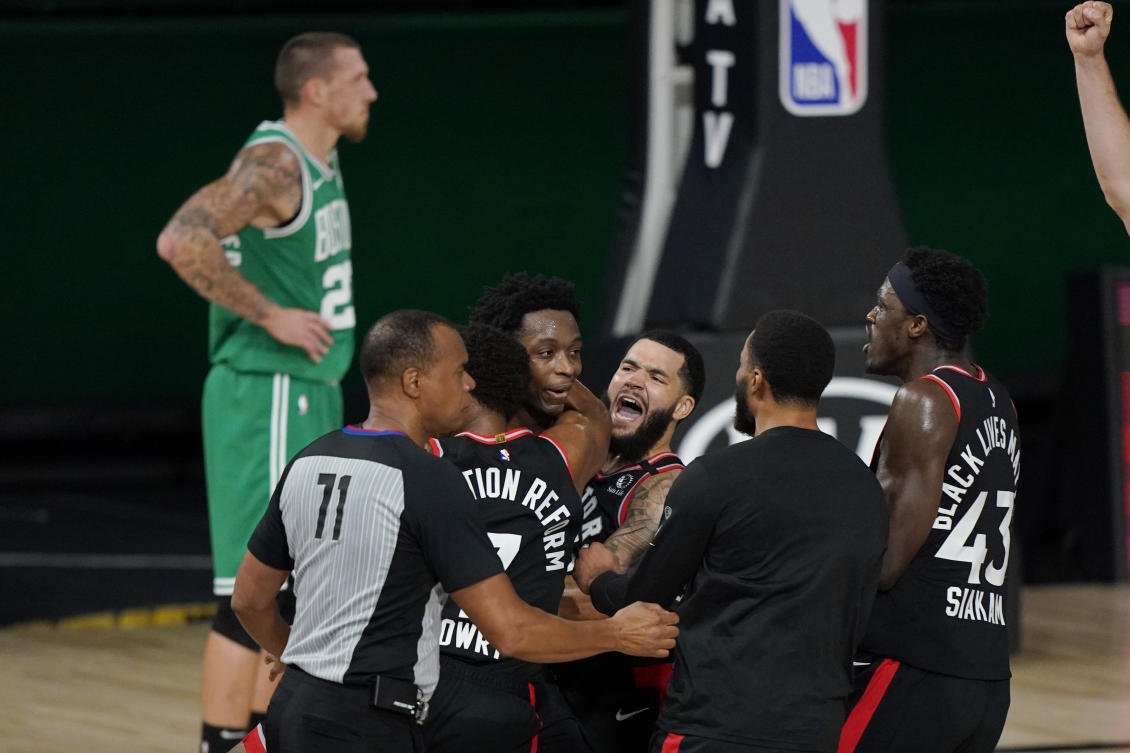 OG Anunoby drained a buzzer-beating three-pointer as the Toronto Raptors resuscitated their NBA title defense Thursday with a 104-103 victory over the Boston Celtics.
Kyle Lowry, tasked with inbounding the ball with half a second on the clock and the Raptors down 103-101, lofted a perfect arcing pass over Boston’s towering Tacko Fall to Anunoby on the opposite sideline.
Anunoby set his feet and fired, and the Raptors narrowed the deficit in the best-of-seven Eastern Conference semifinal series to 2-1.
“I expected to make it. I don’t shoot trying to miss ... I wasn’t surprised,” said Anunoby, who was mobbed by his teammates.
The Raptors avoided an 0-3 hole — from which no NBA team has come back to win a post-season series.
“The pass was nothing. OG made the shot,” said Lowry, who led the Raptors with 31 points, six rebounds and eight assists. “All the credit goes to the shot, man. That’s a tough shot. Give OG that credit.”
Fred VanVleet scored 17 of his 25 points in the second half and Pascal Siakam scored 14 of his 16 after the interval and Anunoby contributed 12 points for the Raptors, who battled back from a 57-47 halftime deficit.
“We scrapped and clawed and fought,” said Lowry. “We never quit.
In a fourth quarter that saw seven lead changes — neither team leading by more than four points — Boston looked set to take a stranglehold on the series when center Daniel Theis, fed by Kemba Walker’s savvy pass through traffic, slammed home a dunk for a 103-101 lead with 0.5 seconds on the clock. 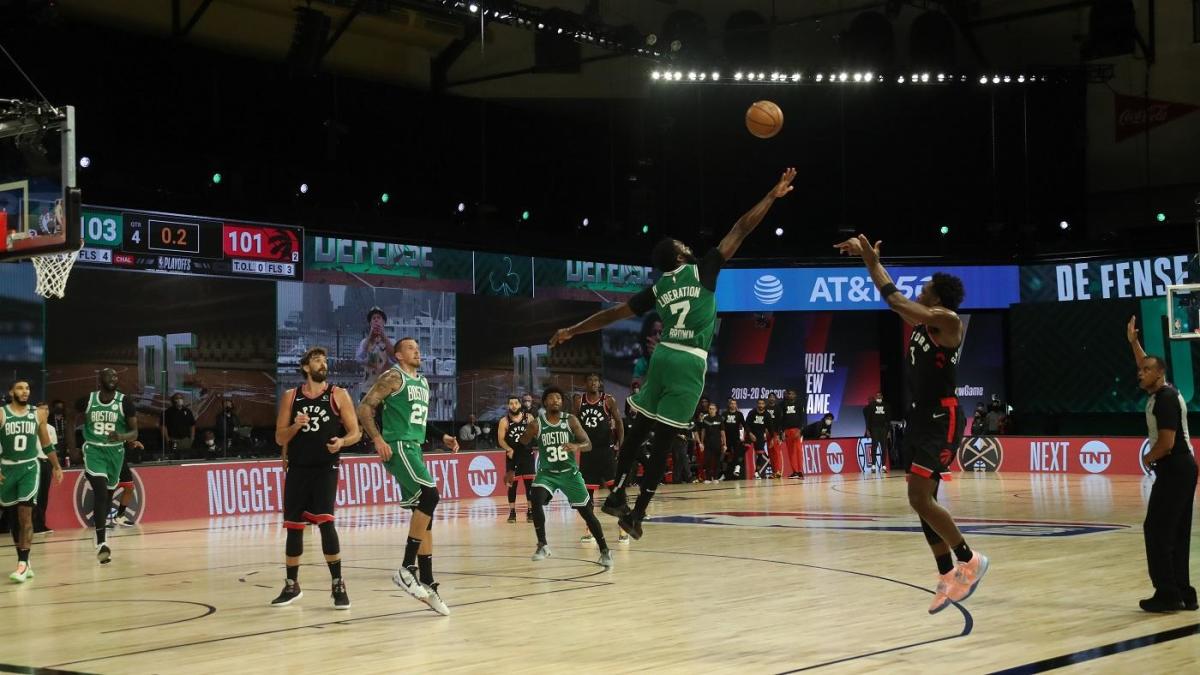 During the ensuing timeout, Boston brought in Fall, who tops out at 2.26m, to defend the inbounds play, but he couldn’t hold back the 2019 champions.
“Much credit to those guys. That was a hell of a shot,” said Boston’s Walker, who led the Celtics with 29 points.
Jaylen Brown added 19 with 12 rebounds and Jayson Tatum chipped in 15, but Boston have a series on their hands now.
Game four is Saturday.
“One game at a time,” Lowry said of the Raptors’ mindset as they look to level the series in the NBA’s COVID-19 quarantine bubble in Orlando, Florida. “Great emotional moment right there (but) that’s over. Now we have to focus on the next game.”
In the late game, Kawhi Leonard had 29 points as the Los Angeles Clippers got off to a roaring start in their Western Conference semifinal by crushing the Denver Nuggets 120-97.
Leonard shot 12-of-16 from the floor and made all four of his free throws while Paul George had 19 points and Marcus Morris finished with 18 for the second seeded Clippers who lead the series 1-0.
Leonard wasted no time putting his stamp on the Nuggets series just as he did in a 4-2 first-round win over the Dallas Mavericks.
Coming into Thursday’s game, Leonard was averaging 32.8 points and 10.2 rebounds a game. Los Angeles outscored Denver 38-20 in the second quarter. Leonard scored 19 first-half points.