Haters of Islam: They wanted to burn the Qur’an while Muslims were leaving the mosque

On Friday, August 28, 2020, 3 activists of the Danish “Hardline Line” party burned a copy of the Qur’an in the Swedish city of Malmö, while the Swedish authorities banned the entry of the extremist political party leader Rasmus Baludan from entering its territory for two years.

Members of the Danish extremist party burned the Qur’an in the "Rosengord" area of ​​Malmö, as well as making a live broadcast on social media of the burning process.

The authorities realized this and sent the city police to the place, and expelled the perpetrators of burning the Qur’an from the area.

The Swedish newspaper "SVD" reported that the leader of the Danish party, Rasmus Paludan, had tried to enter Malmö; However, the authorities prevented him from entering the country.

In a statement to Anadolu Agency, Mikael Yuksel, head of the Swedish "Different Colors" party, said that the racist in Wadan and the Swedish far-right street painter Dan Park tried, for two weeks, to provoke Muslims in Malmö.

Yuksel noted that Baloudan had requested a permit from the police to burn the Qur’an while Muslims were performing Friday prayers in front of the mosque. 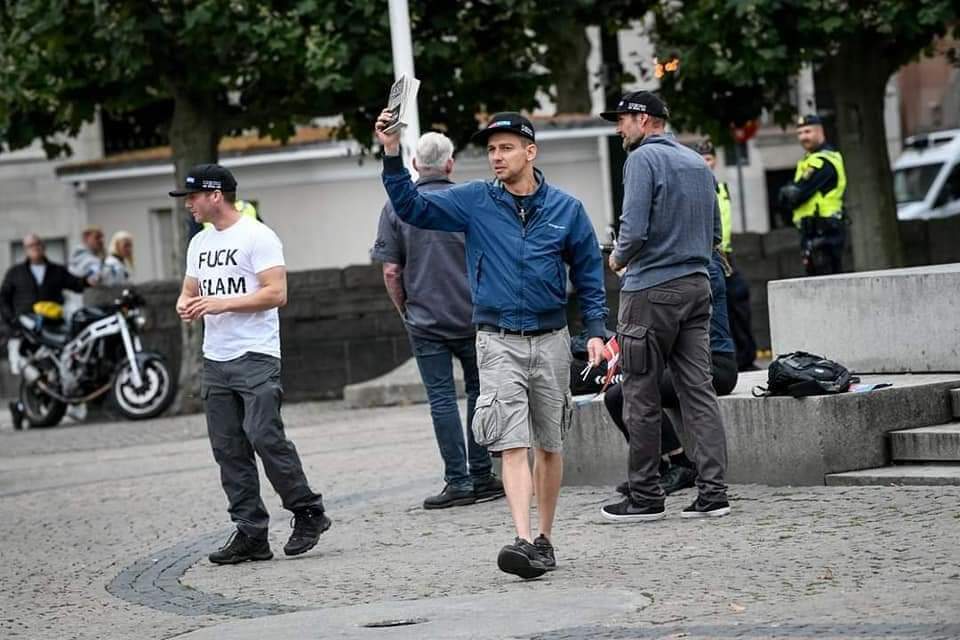 He added, "The police did not authorize him to do so for security reasons, and then this racist (Baludan) applied to obtain the permit from another region in Malmö, but it was also rejected, so that the extremist painter Dan Park appealed the police decision to the Administrative Court, which in turn approved it. On the police decision. "

The Swedish official added that after they received the Swedish authorities ’refusal to grant them a license to burn the Qur’an,“ Baludan ”undertook an unauthorized pause.

He stressed that the border police in Malmö did not allow the Danish politician to establish his stand, and deported him to his country with a two-year ban on entering Sweden.

Yuksel also expressed his thanks to the Swedish police and civil society organizations for their efforts to prevent provocations by the Danish racist Rasmus in Wudan.

He said, "For two weeks, the Swedish police and civil society organizations made great efforts to prevent the provocation of burning the Holy Quran."