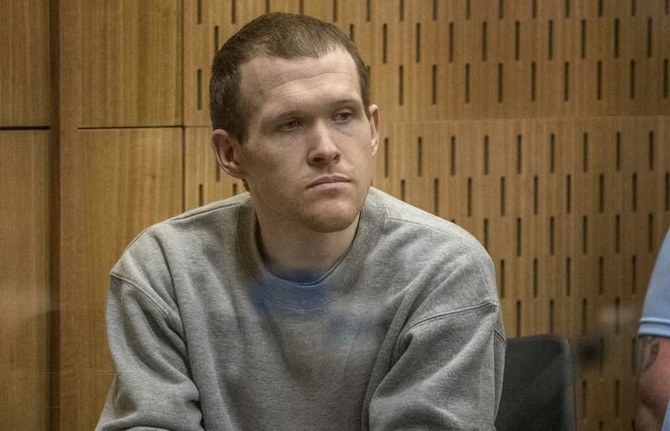 Almost, at least, but not quite.

Even in a world roiled by terrorist atrocities, the anti-Muslim carnage that took place here in Christchurch on March 15 last year was outsized. But so has been the effort made for survivors to speak on behalf of those who perished in the two meticulously planned attacks against Friday worshippers at the city’s Al Noor Mosque and Linwood Islamic Centre.

Tarrant, an Australian national and self-confessed white supremacist, has already pleaded guilty to 51 charges of murder as well as 40 further charges of attempted murder and another of engaging in a terrorist act. His sentencing hearing has been set down for at least four days in order to allow for more than 60 victim-impact statements to be heard.

There’s a separate press room where the media watch proceedings via video link. Outside there’s a heavy police presence and a small huddle of broadcast media and photographers.

Justice Cameron Mander said he was “acutely conscious” of the stress of both the event and the practicalities of victims navigating the travel restrictions of a pandemic in order to speak at the sentencing. At least three of the days have been set aside for more than 60 such testimonies.

The number of statements is as unprecedented as the security around the proceedings, with police snipers stationed atop of the courthouse roof, nearby roads shut down and heavily armed cops and bomb-sniffer dogs moving around the main courtroom and its seven overflow rooms.

Some of today’s dozen or so major statements — most of them delivered live, but some given by way of pre-recorded video — spoke wistfully of New Zealand as a land of initial promise, so far removed from troubled homelands such as Afghanistan, Iraq, Pakistan and Somalia.

Details of the early afternoon when that idyllic image vanished were frequently grisly, with accounts of survivors playing dead underneath corpses seeping brain tissue and blood. 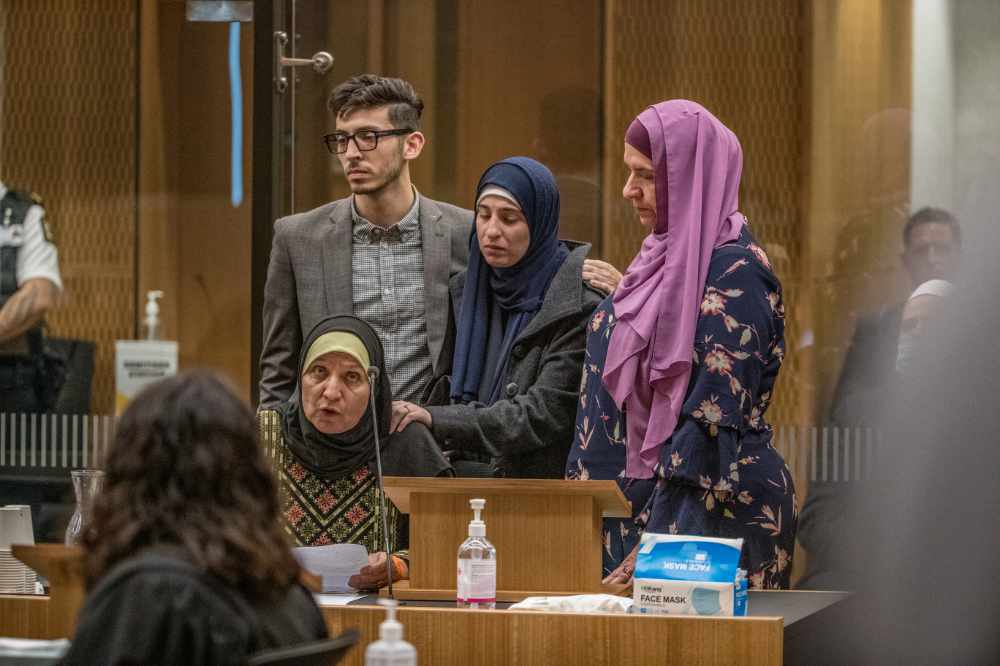 One Iraqi woman whose identity was suppressed wept as she explained the grief of receiving her son’s body for burial on what was also Mother’s Day across much of the Middle East. The same date also happened to coincide with her birthday.

Another mother spoke of her helplessness at having to raise a non-verbal autistic child now forever without a devoted father.

“The gunman and I looked into each other’s eyes,” added Temel Atacocugu, recalling his own experience at Al Noor Mosque. “I laid under bodies in the mosque, thinking I was going to die …  I could feel the blood and brains of the person above me running down my face and neck. I couldn’t move or make a sound, as the gunman would have executed me.”

On Monday Atacocugu again looked across at the diminutive gunman now seated in the court — who did not return his gaze.

The proceedings began with the prosecution airing a summary of the facts, the first time this document had received a public airing.

He purchased more than 7,000 rounds of ammunition, police-style ballistic armour, military-style tactical shirts and a bayonet-style knife. He also bought camouflage clothing and, in particular, the many rifles that he later modified before daubing slogans, obscure European symbols and historical dates on to them. In a methodical touch, he draped a bullet-proof vest across the back of the driver’s seat for ballistic protection.

Tarrant also brought a drone with him to Christchurch and used it to case out Al Noor Mosque, the city’s largest, in particular the exit and entrance doors that immediate survivors would head for. 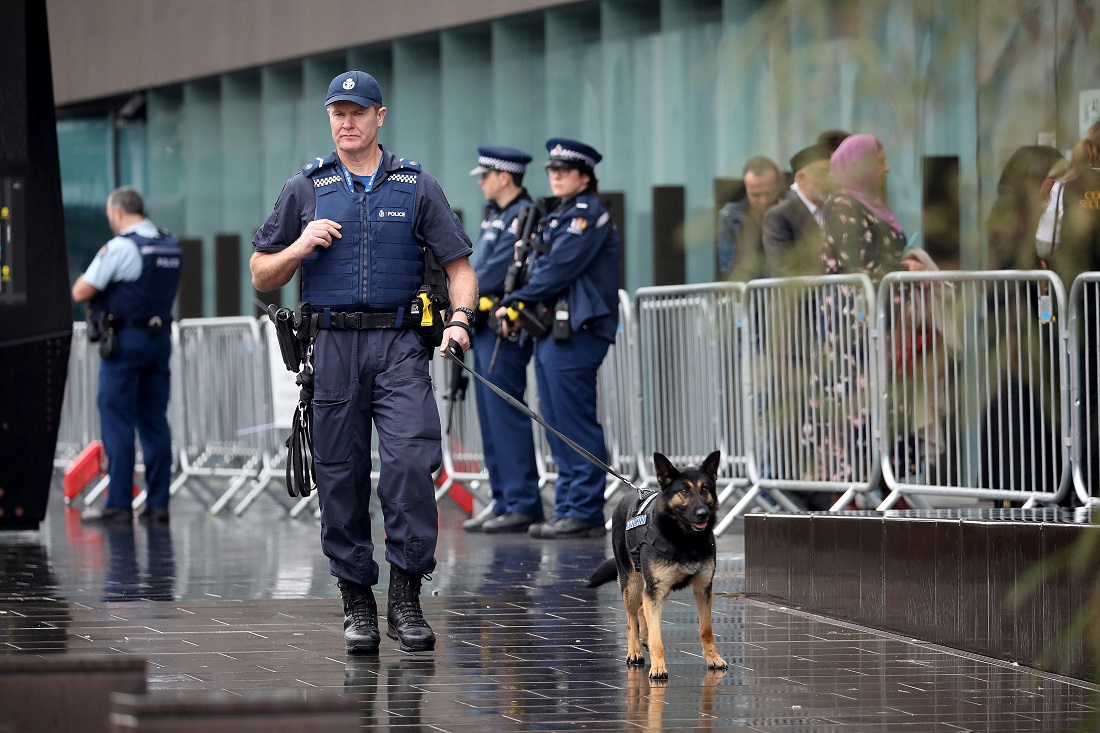 It was this attention to detail that allowed him, for example, to track 16-year-old Alhaj Mustafa, who had managed to escape the initial bloodletting inside the main prayer room, find him crouched among the parked vehicles outside, and fatally pump another five shots into the boy.

Also packed in Tarrant’s vehicle had been four modified petrol containers. These he originally planned to use to burn down each of the three mosques he had intended to attack. The court heard that the last planned assault was thwarted before he had an opportunity to make the hour-long drive to what would have been the final mosque in Ashburton.

Other survivors, including the mosque’s imam, Gamal Fouda,

spoke about lost work opportunities, the indignities of widowhood, the pain of busted dreams, the sounds of bereaved children still crying into the night — and the power of forgiveness.
But Tarrant can probably expect little judicial mercy.  There’s no death penalty, New Zealand last executed a convict in 1961, and formally struck the last of its capital crimes, for treason, from its books in the late 1980s. While “life” imprisonment is usually the sentence for murder, it typically means fewer than 17 years in jail and sometimes only 10.

A sentence of life without parole would therefore be unprecedented — like almost everything else about the case — but not out of consideration. The hearing continues.