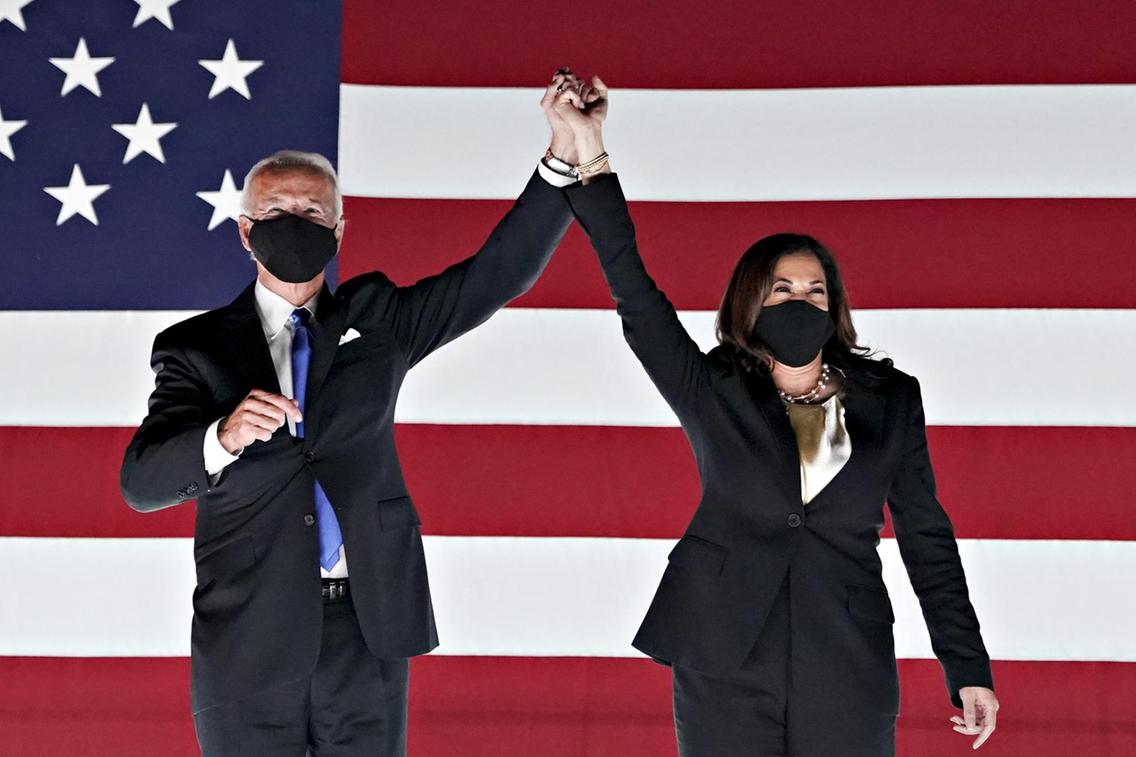 Former vice president Joe Biden appealed to America's core values and offered a message of hope as he accepted the Democratic Party nomination on Thursday night, setting the stage for the battle of his lifetime to try to defeat Donald Trump in 74 days and take on the leadership of a country beset by bitter divisions and reeling from the effects of the coronavirus pandemic.

It was a historic setting for the nomination of Mr Biden, who has attended conventions as a senator and then vice president since 1972. This was the first major party convention in US politics without an audience due to the pandemic, and Mr Biden, 77, became the oldest candidate to receive the nomination. But the four-night ritual succeeded in more than one way in framing and defining Mr Biden as an empathetic ally of the working class, a safe choice that is the polar opposite in tone and rhetoric to President Trump.

It was this contrast that Mr Biden drew on most in his acceptance speech. “The current president has cloaked America in darkness for much too long,” he said at the outside. “Too much anger, too much fear. Too much division.”

He then quoted civil rights activist Ella Baker in presenting his vision. “Give light and people will find the way,” he said, promising to be “an ally of the light, not the darkness”.

May history be able to say that the end of this chapter of American darkness began here, tonight as love and hope and light joined the battle for the soul of the nation. pic.twitter.com/Pdk8c75ATr

Mr Biden tried to strike a non-partisan tone in his speech, promising to be “an American president”.

His pitch was for the working class, bringing up stories of hardship and loss from his own family. His father struggled economically to raise them in Scranton, Pennsylvania and Mr Biden lost a wife and daughter in a car crash in 1971, then a son to cancer in 2015.

The Democratic nominee ripped into Mr Trump over his handling of the coronavirus pandemic, with the US leading the world in infections and deaths from Covid-19. “The tragedy of where we are today is it didn't have to be this bad," Mr Biden said. "Just look around. It's not this bad in Canada, or Europe or Japan or almost anywhere else in the world.” He promised rapid testing and mandatory mask policy if he is elected on November 3.

On foreign policy, Mr Biden singled out Russia for alleged bounties to the Taliban to kill US soldiers in Afghanistan and interfering in the US election. “Under President Biden, America will not turn a blind eye to Russian bounties on the heads of American soldiers. Nor will I put up with foreign interference in our most sacred democratic exercise, voting.”

Mr Biden also promised to stand up to dictators. ”I will be a president who will stand with our allies and friends and make it clear to our adversaries: The days of cozying up to dictators is over."

But it was the emphasis on family values, working class roots and optimism that characterised Mr Biden’s speech and his attempt to win voters who are on the fence in this election.

Despite the virtual aspect of the convention, millions tuned in on their televisions, computers and phones to witness a sophisticated production bringing in the stars of the Democratic Party and regular Americans from their living rooms or even an elevator. The four-night marathon succeeded in presenting a unified push behind Mr Biden and his nominee for vice president, Senator Kamala Harris.

Unlike 2016, the Bernie Sanders wing of the party was on board with the Biden candidacy. The leftist senator himself warned his supporters, 12 per cent of whom supported Donald Trump over Hillary Clinton in 2016, not to make the same mistake. “The future of our democracy is at stake. We must come together, defeat Donald Trump and elect Joe Biden and Kamala Harris as our next president and vice president,” Mr Sanders said on Monday.

Former first lady Michelle Obama hammered home the same message, using her ability to connect with regular Americans as someone who admittedly hates politics and does not speak like a pundit. Her speech on day one laid out the argument for Mr Biden in a simplified manner that spoke to the average voter. “It is what it is,” she said, arguing that Mr Trump “is the wrong president for our country … He simply cannot be who we need him to be for us.” 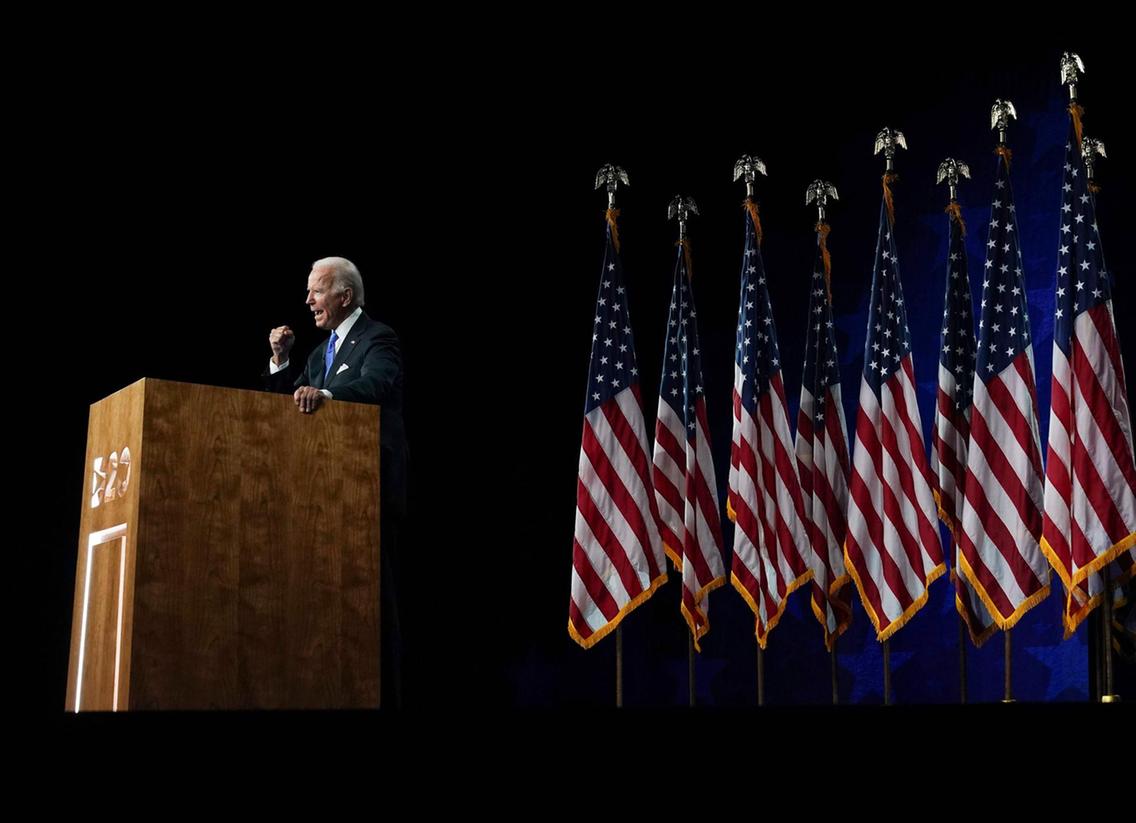 Former President Bill Clinton presented once again a data-driven argument similar to his 2012 speech at the convention to nominate Barack Obama. It was one in contrast to a heartfelt appeal by former secretary of state Hillary Clinton. She recounted her own loss to Mr Trump in 2016 despite winning the popular vote. “Remember: Joe and Kamala can win 3 million more votes and still lose. Take it from me,” she said.

Ms Harris, the first black woman to receive the vice presidential nomination, tried to introduce her family side to the American people, who know her mostly as a senator and former candidate for president. “I keep thinking about that 25-year-old Indian woman—all of five feet tall—who gave birth to me at Kaiser Hospital in Oakland, California,” Ms Harris said of her immigrant mother who shaped most of her upbringing but died in 2009 without seeing her daughter make history.

The Democratic convention brought out the disenfranchised voices of workers who lost their jobs, minorities facing injustice and families who lost loved ones to Covid-19. The goal is to rebuild the Obama coalition of urban, minority and white voters to win in November.

On the other side, Mr Trump was tweeting angrily throughout the Democratic convention, attacking Mr Biden, Ms Harris, former New York mayor Michael Bloomberg and claiming voting fraud. But as his poll numbers slip, the US president will need more than tweets to improve his chances, including a strong display of his vision for a second term at the Republican convention next week.