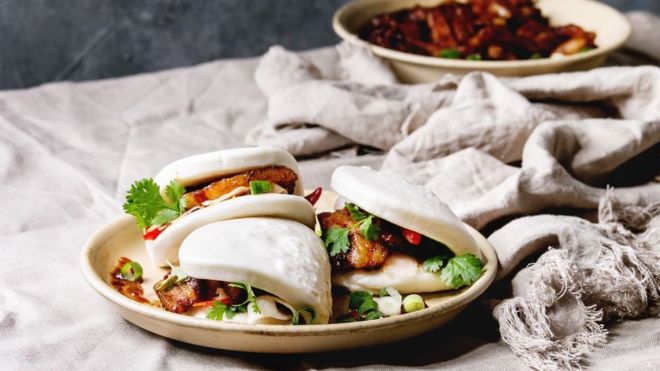 China has stepped up measures to reduce food waste, after President Xi Jinping called the amount wasted "shocking and distressing".

The "Clean Plate Campaign" comes after Mr Xi highlighted that Covid-19 had "sounded the alarm" on food waste.

He added that China had to "maintain a sense of crisis about food security".

It also comes after weeks of mass flooding across southern China which left farms wrecked and ruined tons of produce.

Chinese state news agency the Global Times sought to downplay what it called "media hype" that China was headed for a food crisis, made worse by the epidemic.

Following Mr Xi's message, the Wuhan Catering Industry Association urged restaurants in the city to limit the number of dishes served to diners - implementing a system where groups must order one dish less than the number of diners.

So under this system dubbed "N-1", a group of 10 people can only order 9 dishes.

But it's likely the system will take time to get adjusting to, in a country where it is seen as polite to order more than the amount needed.

In a group setting, empty plates are sometimes seen as a sign of a bad host - signifying that an insufficient amount of food was ordered for guests.

The "N-1" idea faced some criticism online, with some pointing out that it was "too rigid".

"What if one person goes to a restaurant alone? How many dishes can he order? Zero?" asked one person on microblogging site Weibo.

Others said that most restaurant diners did not normally waste much food, pointing instead to extravagant banquets thrown by officials.

Known commonly as "Mukbang" - such livestreams are popular in many parts of Asia including China.

According to CCTV, some of these livestreamers throw up afterwards as they are unable to digest the large amounts of food eaten.

It's not the first time China has launched an anti food waste campaign. In 2013, the "Operation Empty Plate" campaign was launched - though that targeted extravagant feasts and reception held by officials, rather than putting the onus on the public.

According to WWF China, around 17 to 18 million tonnes of food went to waste in China in 2015.

China holds military exercises near Taiwan as US diplomat visits

China will support participation of private firms in railway, oil and gas projects