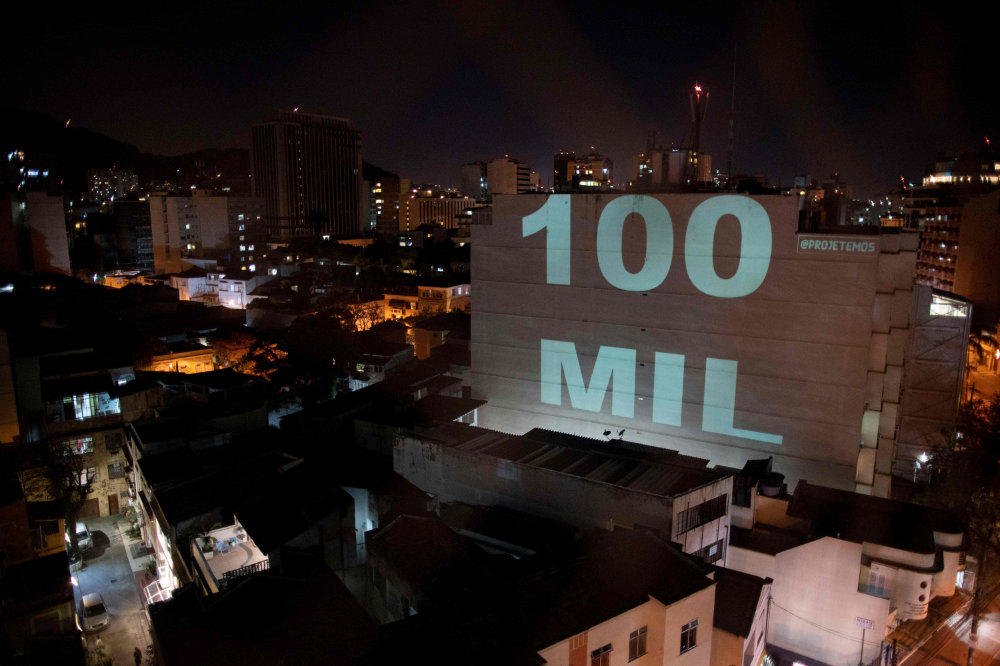 Brazil became the second country to pass the grim milestone of 100,000 coronavirus deaths Saturday as US President Donald Trump signed executive actions extending economic help in the world’s worst-hit nation.
The US leader’s orders followed failure by his Republican party and opposition Democrats to agree on a new stimulus package despite the country’s double digit unemployment, business downturn and stubbornly high coronavirus infection rates.
Just a day after Latin America and the Caribbean became the hardest-hit region in the global pandemic, Brazil reported a total of 100,477 fatalities, joining the US as the only two countries to surpass the six-digit death mark.
Tolls continue to rise across the world, with global fatalities having now soared past 722,000. More than 162,000 of those were in the US, which was on the verge of recording 5 million cases.

The world's total confirmed COVID-19 cases was at 19,506,443, according to the John Hopkins University of Medicine tally.
India has more than two million infections — its caseload having doubled in three weeks — and has recorded 42,518 deaths.
And more than 10,000 people have died from coronavirus in South Africa, the health ministry said Saturday, as football resumed following a 145-day coronavirus-induced shutdown.

Brawl on the beach 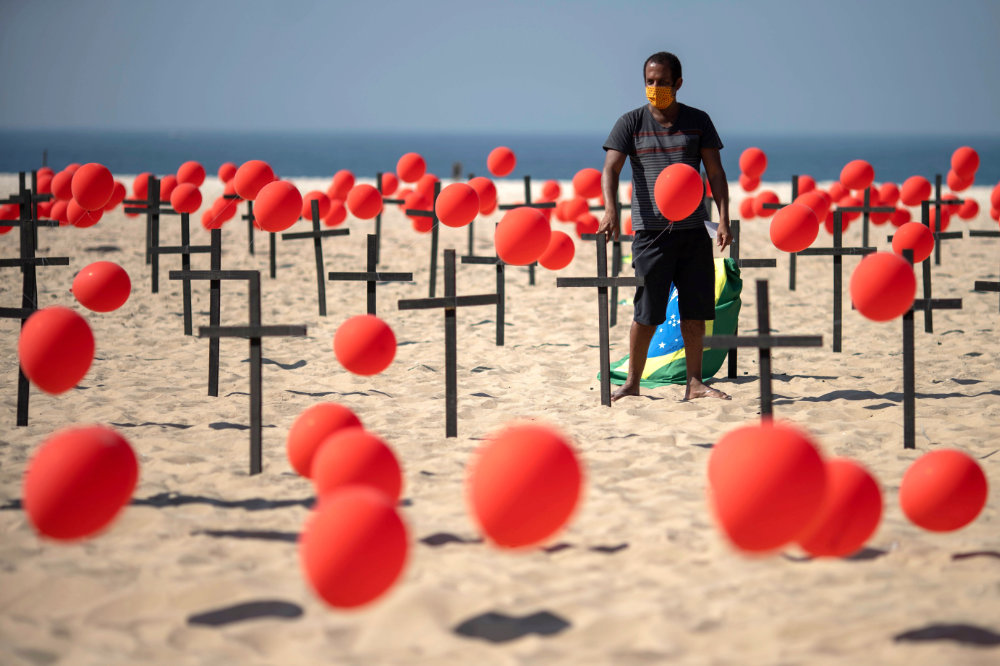 Growing infections in and around Paris have prompted officials to make face masks compulsory outdoors in crowded areas and tourist hotspots in the city and surrounding areas from Monday.
The mask will be obligatory for all those aged 11 and over “in certain very crowded zones,” said a police statement, including the banks of the Seine River and more than 100 streets in the French capital.
As temperatures soared across western Europe, holidaymakers crowded beaches despite warnings about the risk of infection.

On Saturday, a day after Britain recorded its hottest August day in 17 years at 36.4 degrees Celsius (97.5 Fahrenheit), much of its southern coastline was packed with tourists.
Local authorities in Germany warned that some beaches and lakes would be closed if there were too many people.
Belgian police, meanwhile, arrested several people Saturday at the resort of Blankenberge after a brawl broke out on a beach between officers and youths they had told to leave for refusing to respect virus safety measures.
And around 5,000 people demonstrated in Vienna for increased financial support for nightlife and relaxing coronavirus regulations.
Some workplaces remain hotspots of infection. Meat giant Danish Crown announced Saturday it had shut down a major slaughterhouse in Denmark after nearly 150 employees came down with the virus.

Strike in India
India now has the world’s third-highest pandemic caseload after the United States and Brazil.
Women health workers in several Indian states staged a two-day strike from Friday and plan a mass protest in New Delhi on Sunday for better pay, a higher pension and anti-virus protection equipment and testing.
Shiksha Rana, a social health activist in New Delhi, told AFP at least 200 health workers — and their families — had been infected in the Delhi region alone.
“We had to crowd-fund money for their treatment and food for their families,” she said.
In the US, where many Americans have been relying on relief measures approved earlier by Congress but which mostly expired in July, Trump said his decision to circumvent lawmakers with executive actions would mean money is “rapidly distributed.”
One measure aims to get $400 a week added to unemployment benefits, while two others offer some protection from evictions and relief for student loans.
Another, opposed by many Republicans as well as Democrats, orders a freeze in payroll taxes.
However, the measures, which Trump signed at his golf club in Bedminster, New Jersey, are likely to face court challenges since they circumvent Congress, which has constitutional power over most spending decisions.

Back to school in Gaza 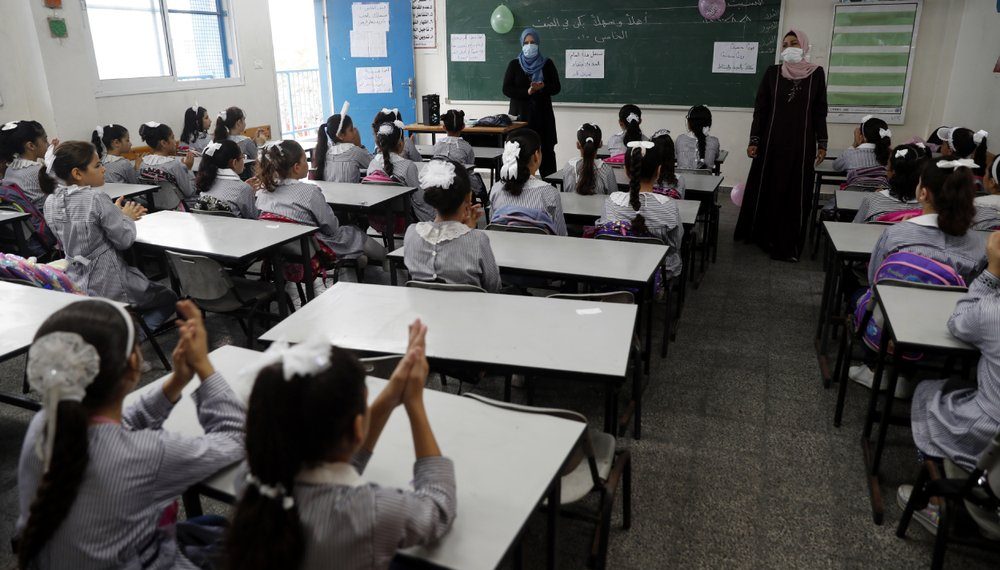 Palestinian children returned to school in Gaza after a five-month suspension due to a coronavirus lockdown — but with fewer classes and special safety measures in place.
The United Nations agency for Palestinians, UNRWA, said over 285,000 pupils had returned to its 277 schools.
Gaza, under Israeli blockade since 2007, has reported 78 cases of the COVID-19 illness, with one death.
And in Taiwan, airlines have been innovating to try to alleviate the financial hit from the coronavirus downturn, and are now offering sight-seeing “flights to nowhere” and flight attendant courses for children.