Is France helping Lebanon, or trying to reconquer it? 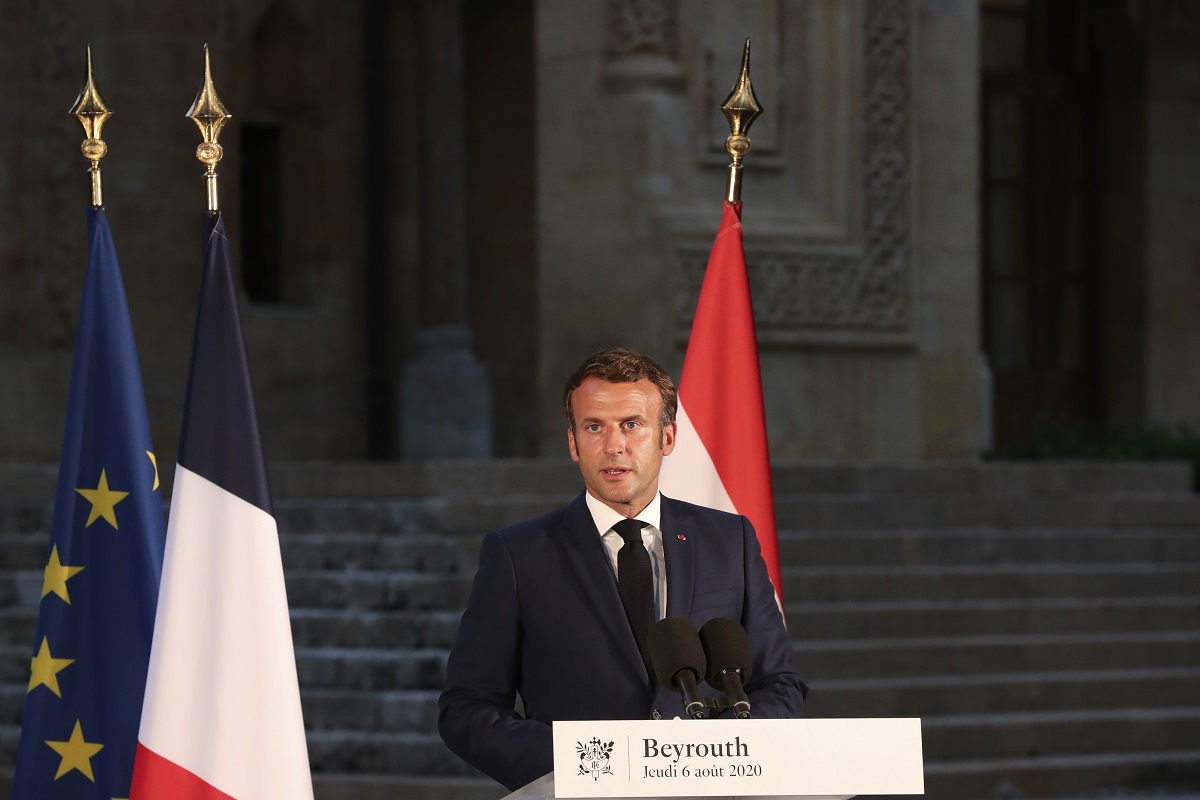 It was almost as if Emmanuel Macron forgot that Lebanon is no longer a French protectorate.
Visiting explosion-ravaged Beirut this week, France’s leader comforted distraught crowds, promised to rebuild the city and claimed that the blast pierced France’s own heart. “France will never let Lebanon go,” Macron said. “The heart of the French people still beats to the pulse of Beirut.”
His critics denounced the overtures as a neocolonialist foray by a European leader seeking to restore sway over a troubled Middle Eastern land — and distract from mounting problems at home. A meme circulating online dubbed him Macron Bonaparte, a 21st century Emperor Napoleon.
But Macron’s defenders — including desperate Beirut residents who called him “our only hope” — praised him for visiting gutted neighborhoods where Lebanese leaders fear to tread, and for trying to hold Lebanon’s politicians accountable for the corruption and mismanagement blamed for Tuesday’s deadly blast.
Macron’s visit exposed France’s central challenge as it prepares to host an international donors conference for Lebanon on Sunday: How to help a country in crisis, where French economic ties run deep, without interfering in its internal affairs.
“We are walking on the edge of a precipice. We have to aid, support and encourage the Lebanese people, but at the same time not give the impression that we want to establish a new protectorate, which would be completely stupid,” said Jack Lang, a former French government minister who now heads the Arab World Institute in Paris. “We must find new, intelligent solutions to aid the Lebanese.”
France’s ties with Lebanon reach back at least to the 16th century, when the French monarchy negotiated with Ottoman rulers to protect Christians — and secure influence — in the region. By the time of the 1920-1946 French mandate, Lebanon already had a network of French schools and French speakers that survives to this day — along with France’s cozy relationships with Lebanon’s power brokers, including some accused of fueling its political and economic crisis. 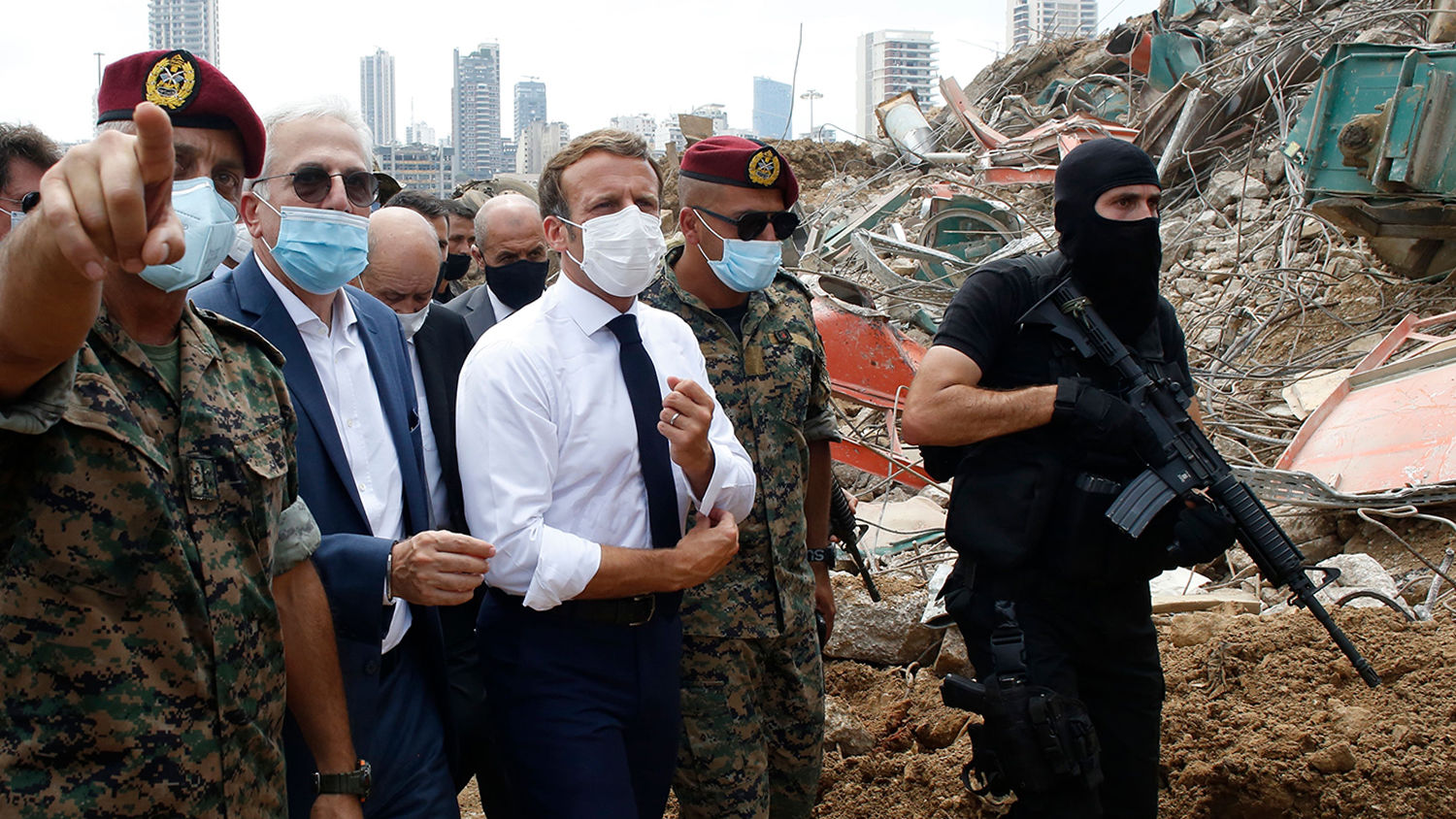 A surprising online petition emerged this week asking France to temporarily restore its mandate, saying Lebanon’s leaders have shown “total inability to secure and manage the country.”
It is widely seen as an absurd idea — Macron himself told Beirut residents on Wednesday that “it’s up to you to write your history” — but 60,000 people have signed it, including members of France’s 250,000-strong Lebanese diaspora and people in Lebanon who said it is a way to express their desperation and distrust of the political class.
Aside from a show of much-needed international support, many in Lebanon viewed Macron’s visit as a way to secure financial assistance for a country wracked with debt.
The French leader also managed to bring the divided political class together, if briefly. In a rare scene, the heads of Lebanon’s political factions — some of them still bitter enemies from the 1975-1990 civil war — appeared together at the Palais des Pins, the French Embassy headquarters in Beirut, and filed out after meeting Macron.
But to many, the visit was seen as patronizing. Some lashed out at the petition and those celebrating “France, the tender mother.”
One writer, Samer Frangieh, said Macron gathered the politicians as “schoolchildren,” reprimanding them for failing to carry out their duties.
There were other, more subtle jabs against France’s show of influence. While Macron was touring neighborhoods torn apart by the explosion, the health minister in the Hezbollah-backed government toured field hospitals donated by Iran and Russia, major power players in the region.
“I get the people who want the mandate. They have no hope,” said Leah, an engineering student in Beirut who did not want her last name published out of concern for political repercussions. She spoke out strongly against the idea, and against those who see Macron as Lebanon’s “savior.”
She said that risks worsening Lebanon’s divisions, as Maronite Christians and French-educated Muslims embrace Macron while others lean away. “He hasn’t resolved his issues with his country, with his people. How is he giving advice to us?” she asked.
In Paris, Macron’s domestic political opponents from the far left to the far right warned the centrist leader against creeping neocolonialism, and extracting political concessions from Lebanon in exchange for aid. “Solidarity with Lebanon should be unconditional,” tweeted Julien Bayou, head of the popular Greens party.
Macron himself firmly rejected the idea of reviving the French mandate.
“You can’t ask me to substitute for your leaders. It’s not possible,” he said. “There is no French solution.”
But he made a point of noting that he plans to return to Lebanon to verify that promised reforms are being undertaken on Sept. 1, the 100th anniversary of the declaration of Greater Lebanon — and the beginning of French rule.

The Bahraini normalization with Israel is an insecure gamble, the consequences ... so why did the king take it?

Expect US election to have consequences for troops overseas