A South Korean lawmaker has come under fire for her outfit. Her offense? She wore a dress 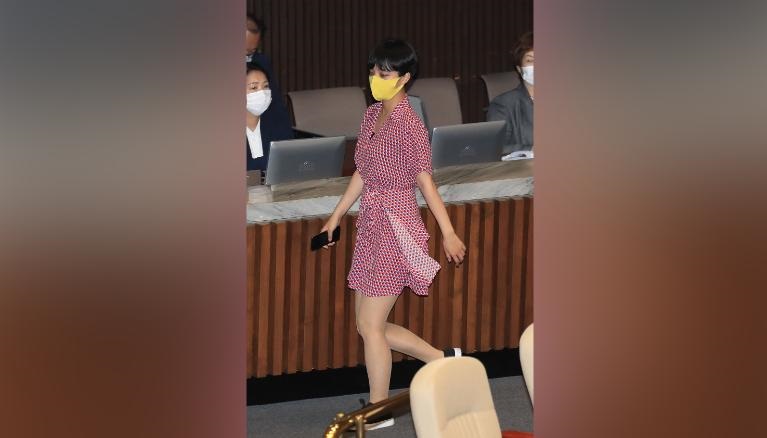 A barrage of online abuse directed at a South Korean lawmaker over her choice of attire has sparked a debate in the East Asian nation, where women have long complained about sexism and a patriarchal culture.

The look in question? A red and white shirt dress.

Not long after lawmaker Ryu Ho-jeong wore the dress to South Korea's legislative assembly on Tuesday, social media was flooded with misogynistic comments about her outfit, demonstrating something of the sexism that female politicians in the country can face.

Some posters said her look was not appropriate for parliament, where 19% of representatives are women -- the largest ever proportion of female lawmakers in South Korea's legislature, but still low by international standards. Others questioned why she deserved to be in parliament in the first place.

"Soon she'll come to work in a bikini," wrote one. "Is this a bar?" wrote another on a Facebook page for supporters of President Moon Jae-in's left-wing Democratic Party. Some also questioned her age -- at 27, Ryu is the youngest member of the National Assembly.

Ryu told Yonhap that she had worn the dress to "shatter the tradition" of lawmakers wearing suits, adding that "the authority of the National Assembly is not built upon those suits."

But while Ryu's outfit raised controversy online, it prompted support from both her party and the ruling Democratic Party.
Ryu is a member of the left-wing minority Justice Party, which said that she had been attacked by vitriolic, sexist comments.
"We cannot agree at all with the voice that paints a female politician as lacking qualification by evaluating her look and image rather than her legislative work," the party said in a statement.
Print Whats APP Twitter Facebook LinkedIn

US maintains plan for TikTok download ban; court to rule