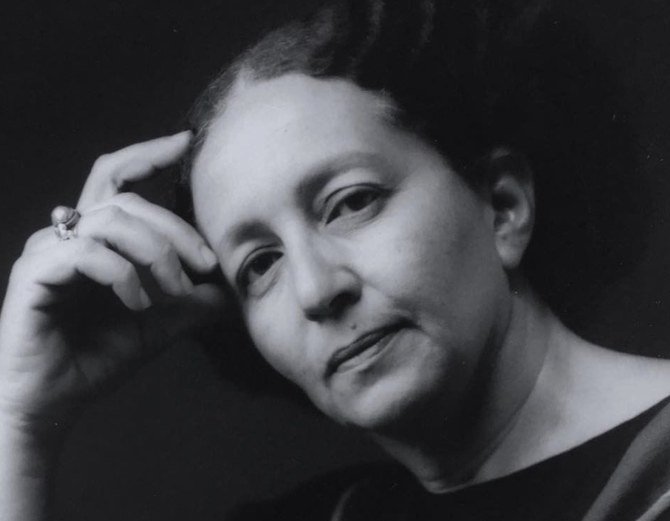 The veteran Jordanian artist discusses her 1977 homage to her friend Mahmoud Darwish — the legendary Palestinian poet who inspired a number of her poetry-infused drawings.

I first became acquainted with Mahmoud Darwish through correspondence that began when I heard he had left Palestine to study in Moscow in 1970. I sent him a book that contained Palestinian children’s drawings and I added a drawing that included (lines from) his poem “Diary of a Palestinian Wound” — “Oh my intractable wound/My homeland is not a suitcase/And I am not a traveler/I am the lover and the land is the beloved.” He replied, expressing his admiration of the book.

A while later, he was back in Beirut and at the time I was making poetry illustrations for the Annahar newspaper. One day, I entered my editor’s office and I saw Mahmoud Darwish sitting there.

Our first meeting was a very warm one, as if we had known each other for a very long time. We remained lifelong friends. During his stay in Beirut until 1982, he and Syrian poet Adonis, among other friends, would gather at my house every couple of weeks. Our gatherings were very beautiful — filled with poetry, Umm Kulthum’s music, and discussions on general topics. 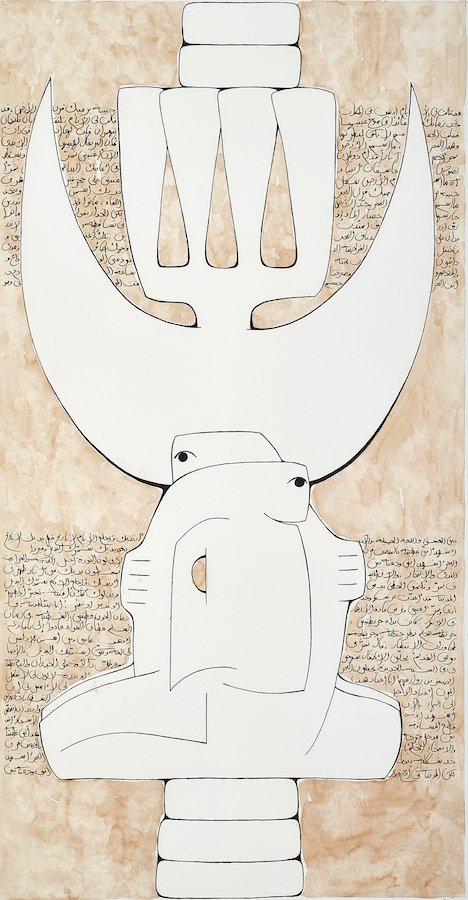 I’ve read poetry ever since I was little and most of my works are an embodiment of poetry. All of my Darwish-inspired drawings were completed between 1975 and 1980. The first one that I made was “The Lover’s Tree,” which I gifted to Darwish. It was inspired by a long, moving poem he wrote after his friend, the great poet Rashid Hussein, committed suicide in New York.

After reading it, I made this drawing and added passages from the poem. The figurative drawing looks sculptural, representing a love between human and land. We see two people embracing, sitting on a base of three rocks, and above them is a crescent, a symbol of poetic depth.

With the general public, Darwish was very conservative — sometimes he avoided crowds. But with his close friends, he was very different and kind. Today, when I hear him reciting his poetry in his own voice, I cannot control my tears. He remains alive in our memories and hearts.

What did the subject of this sculpture do in the 1940s? The great British art quiz