Could be a comment on rumors, specific GM plans, or an electric 'Vette that already went beyond 200.
In case you haven’t heard, America is electing its next president later this year. Former Vice President Joe Biden is expected to accept the Democratic nomination this month, which brings us to this short campaign video featuring him with his 1967 Corvette Stingray. The classic ‘Vette or his campaign message isn’t our concern. Rather, it’s his mention of a future EV Corvette going 200 mph. Wait, what?

A 200-mph Corvette isn’t anything new. The C7 ZR1 went 212 mph straight from the factory, and the C6 was said to hit 205 mph over a decade ago. In this clip. Biden appears to make a clear reference to a specific electric Corvette that will exceed the 200-mph barrier. The big buzz in the automotive realm right now is whether he has an inside track on Chevrolet's future Corvette plans, a theory The Detroit Free Press believes is accurate. However, there’s considerable room for interpretation in his words.

There's been a lot of talk about my vetting process lately. Here’s an inside look: pic.twitter.com/tFRKJOE3hi

Specifically, Biden says “they tell me – and I’m looking forward if it’s true to driving one – that they’re making an electric Corvette that can go 200 mph.” In our collective minds, this is actually a broad statement that could mean one of three things. Yes, it could mean a GM executive mentioned a fully electric super Corvette to him at some point. There’s certainly plenty of evidence to support electrification, not the least of which being leaked info on the Corvette Zora as well as trademark applications for E-Ray, which certainly sounds like an electric Corvette.
However, therein lies another scenario. Biden’s statement “they tell me” is terrifically vague, and he could well be referring to news outlets like us that have relentlessly reported on C8 development. In Motor1.com’s archives alone there are several articles talking about the Zora using a hybrid powertrain with all-wheel drive and upwards of 1,000 horsepower. That’s not a fully electric vehicle, but again, Biden’s words could simply be a vague reference to a Corvette using electric power in some form. A hybrid would fit that bill, and let’s be honest – the Zora is presently one of the worst-kept secrets from Detroit automakers. 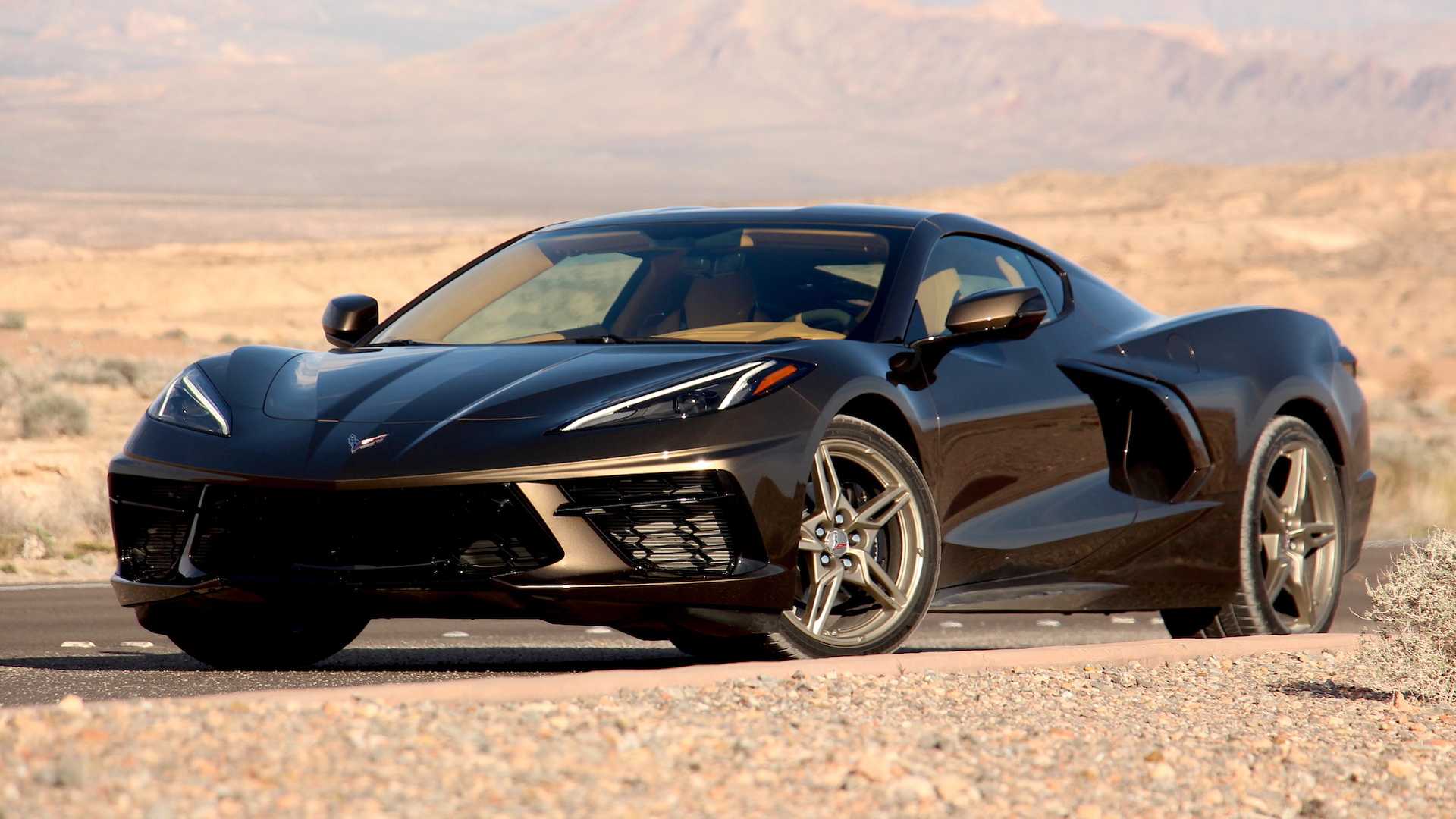 There’s also a third option that many people have glossed over. It’s possible Biden isn’t talking about GM or Chevrolet at all, but rather, the Genovation GXE. This company converts Corvettes to full-on EVs and in 2017 sent an electric C6 beyond 200 mph. In 2019 they did the same conversion to a C7 and hit 210 mph, so technically, a 200-mph electric Corvette is already here. You just can’t buy one yet, as Genovation's website still only accepts reservations.
Whether it’s a bit of inside info on GM, a nod to the Genovation GXE, or merely a politician reciting rumors he heard, there’s little doubt electrification is in the Corvette’s future.