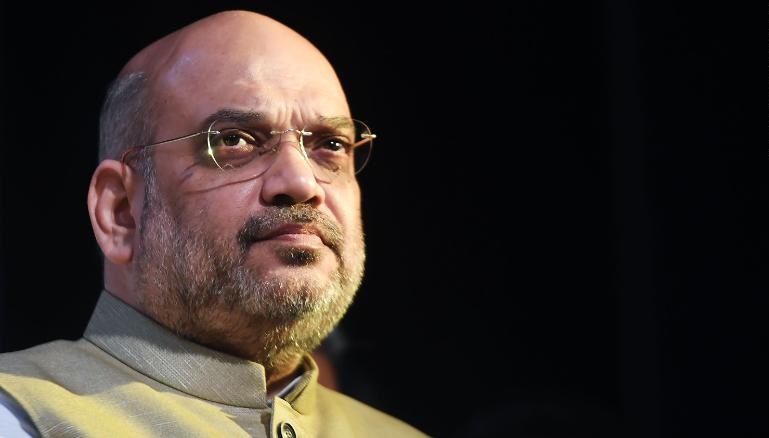 One of India's most senior officials tested positive for the coronavirus and another minister died of the virus on Sunday, marking the end of India's deadliest week of the pandemic so far.

Minister of Home Affairs Amit Shah announced on Twitter that he was tested after developing symptoms of Covid-19, and has been admitted to a Delhi hospital.

"I got the test done and was found positive," the 55-year-old minister said, adding that he asked those who have been in contact with him in the past few days to isolate and be tested.

That could include India's Prime Minister Narendra Modi. According Shah's office, he last saw Modi in person on Wednesday, when he attended a cabinet meeting at the PM's residence in New Delhi.

Modi has not publicly commented on getting tested or the results of any such test.

After meeting Modi, Shah also met with other government officials and members of Parliament, including lawmaker Babul Supriyo, who tweeted on Sunday that he would be self-isolating and getting tested.

Shah has been actively involved in the government's coronavirus response these past few months, with visits to treatment centers and emergency field hospitals. The virus has struck a number of other government officials. Kamal Rani Varun, the minister of technical education in Uttar Pradesh state, died on Sunday from coronavirus, confirmed Chief Minister Yogi Adityanath on Monday. She died at a hospital in the state capital Lucknow, where she was receiving treatment.

"Her entire life was devoted to social service," Modi tweeted after her death, extending his condolences to her family.

The chief minister of India's southern state of Karnataka also announced that he tested positive on Sunday, only hours after tweeting well wishes to Shah.

"Whilst I am fine, I am being hospitalized as a precaution on the recommendation of doctors. I request those who have come in contact with me recently to be observant and exercise self-quarantine," Chief Minister B.S. Yediyurappa tweeted.

The virus has hit celebrities as well, including Bollywood star Amitabh Bachchan, one of India's most famous actors. The 77-year-old announced Sunday that he has now recovered from the virus and was discharged from hospital after a three-week stay. He is now home in solitary quarantine after testing negative, he said on Twitter.

This past week was India's deadliest, with more than 5,300 coronavirus related deaths reported. The country now has more than 1.8 million cases and 38,000 deaths, according to the health ministry.