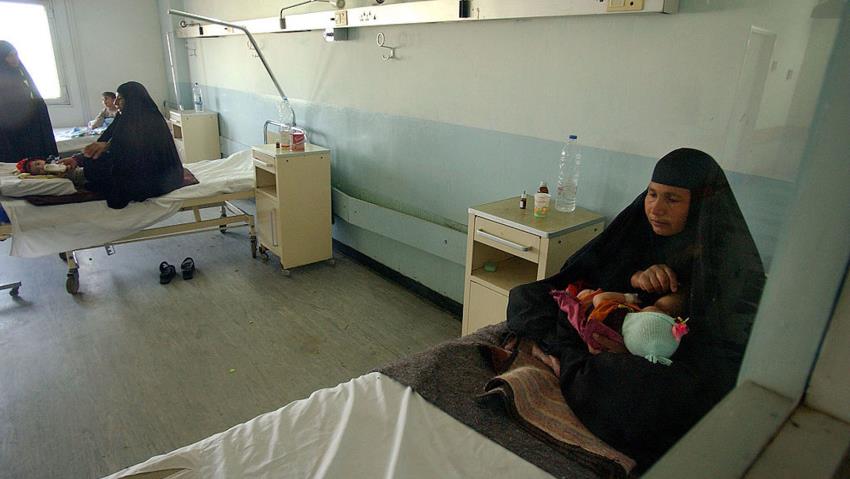 Iraqi midwife Umm Mariam used to help bring three babies into the world per day. But with mothers-to-be avoiding pandemic-hit hospitals, she now delivers twice that number in her makeshift home clinic.

Across the country recovering from decades of war, health centers face shortages of oxygen supplies and protective equipment even as coronavirus cases soar to almost 130,000, with nearly 5,000 deaths.
Among those infected in the economically battered country, according to official figures, are 3,000 medical staff.
“That’s why many women now prefer to deliver their children at my place,” says Umm Mariam, speaking from the clinic she has set up at her home in Kut, southeast of Baghdad.
The dire situation is a far cry from the Iraq of the 1970s, which prided itself on one of the best health care systems in the Middle East, by offering free state-of-the-art care to its citizens.
But back-to-back conflicts — from the war with Iran that started in 1980 to the US-led military campaigns and the battle against the Daesh group — have sapped funds used to maintain the system.
For years international sanctions made it impossible to get new medical equipment or even spare parts into the country.
The government still allocates barely 2 percent of its annual budget, which is funded almost entirely by oil sales, to the Health Ministry.
Even before COVID-19 hit this year, Iraq’s hospitals were run down, with outdated or broken equipment and staff often poorly trained and overworked.
Mais, 29, is expecting to give birth to her first child in a few weeks. Last year, she could have gone to a public hospital and paid a small, symbolic fee for the delivery.
“But I was afraid of COVID-19, so my gynecologist advised me to go to a private clinic,” she said. 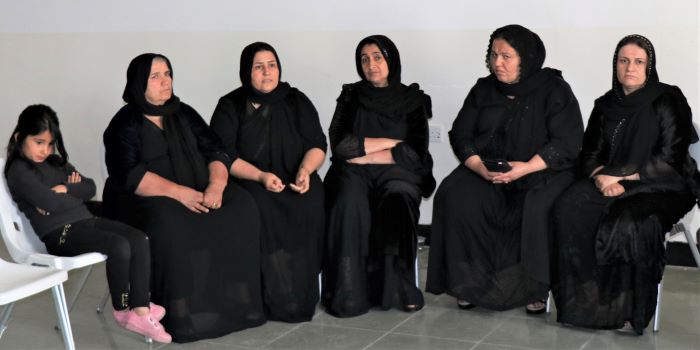 Private clinics are flourishing, but few can afford them — particularly as Iraq’s poverty rate is set to double to 40 percent this year, according to a World Bank prediction.
Mais will have to shell out nearly $1,500, but she feels she has no choice. “All my friends did the same thing because the obstetric services have been exposed to patients infected with COVID-19,” she said.
One of the nine public hospitals in Wasit province, where Kut is located, has been transformed into a coronavirus treatment ward.
The other eight are trying to operate as usual, referring all COVID-19 cases to the specialized facility.
Still, residents are so afraid they will be exposed to the virus that they have largely stopped going to medical facilities altogether.
Mehdi Al-Shuwayli, who heads the local branch of Iraq’s medical syndicate, said patient intake has been slashed in half.
“In the first three months of 2020, we carried out 400 surgeries. The next three months, it was just 187,” added Qader Fadhel, a surgeon at the public Al-Karama Hospital.
Instead of heading to hospitals, Iraqis suffering from illness and injuries are flocking somewhere else: pharmacies.
“Around 90 percent of my customers describe their symptoms to me so I can prescribe the medication myself, and they can skip going to a hospital altogether,” one pharmacist, who preferred to speak anonymously, said.
They then treat themselves at home, skeptical they could even get an appointment in a country with just 14 hospital beds for every 10,000 people, according to World Health Organization data. 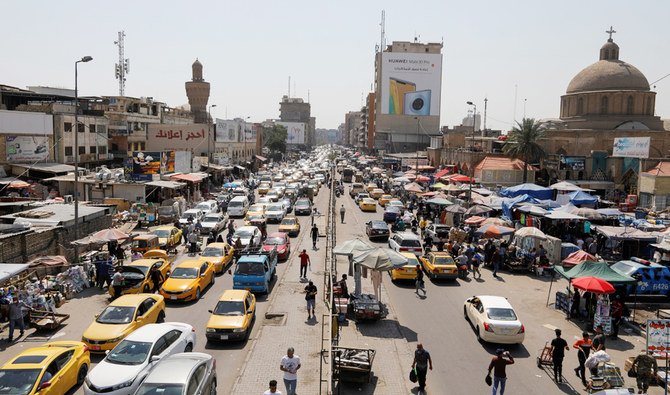 France, by comparison, has 60 beds for every 10,000 people.
Hospitals are also facing a shortage of oxygen tanks for those severely affected by COVID-19’s attack on the lungs. A state-sponsored factory in Taji, north of Baghdad, is struggling to fill the gap.
“Every day, we produce 1,000 to 1,500 oxygen tanks for hospitals but we also prepare around 100 for those bedridden at home,” says Ahmed Abdelmutlaq, the factory’s deputy director.
Even for those treating themselves at home, costs can add up.
Oxygen tanks, Vitamin C or zinc tablets meant to boost immunity and even some face masks have tripled or quadrupled in price, Iraqis trying out domestic remedies said.
Still, they insist, going it alone is a better choice than catching COVID-19 in a dilapidated public hospital.