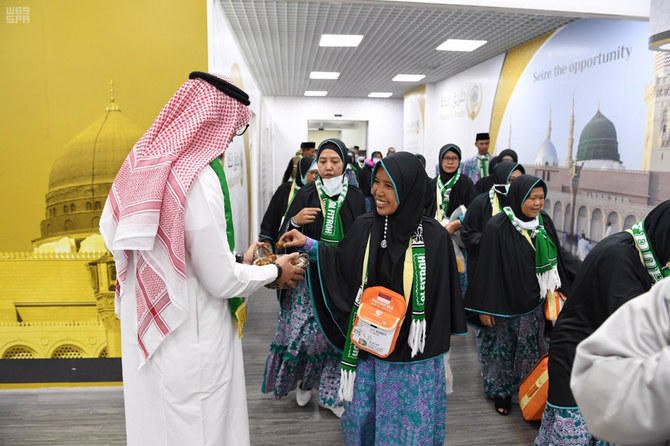 As Indonesia faces the health implications of a surge in coronavirus cases, the country’s Hajj and Umrah tour operators have been particularly badly affected by the economic fallout from the global pandemic.

After authorities in Saudi Arabia announced that only a few thousand pilgrims who reside in the Kingdom will be allowed to perform Hajj this year, it is feared that up to 60 percent of Indonesia’s tour operators might be forced to close for good.

“The majority of Hajj and Umrah tour operators have put their employees on furlough in the absence of travel activities,” said Muharom Ahmad, secretary of the Indonesian Association of Haj and Umrah Private Operators. “The remaining 40 percent have managed to stay afloat because they have other branches of business that can continue to thrive during the pandemic, such as food and beverages, or education.”

The group is a forum for five Hajj and Umrah tour-operators’ associations, which together represent more than 1,300 businesses in the world’s largest Muslim-majority country. All of them are accredited by the nation’s Ministry of Religious Affairs.

The Indonesian government announced the cancellation of pilgrimages on June 2. Ahmad estimates that the suspension of Hajj and Umrah travel for a year could cost tour operators about 32 trillion rupiahs ($2.2 billion).

“Those revenues would have been trickling down to our vendors and partners, such as airlines, hotels, caterers, and suppliers of pilgrims’ clothing and travel amenities,” he said.

Since March, he added, the majority of tour operators had been unable to keep their businesses running, except to process refunds.

“Even those that diversified their businesses to include food and beverages face steep competition in a market that is already saturated, since that seems to be the business that everyone is turning to at this moment,” said Ahmad.

On July 14, Airlangga Hartarto, Indonesia’s coordinating minister for economic affairs, revealed that the food and beverages industry is one of the few sectors to record growth during the pandemic. Meanwhile, Finance Minister Sri Mulyani Indrawati announced that the government has allocated 695 trillion rupiahs to an economic-recovery package.

Ahmad said the pandemic is not the only reason tour operators are going out of business; the increasing popularity of online, do-it-yourself Umrah packages is another factor, as they allow pilgrims to visit Saudi Arabia and perform Umrah on a tourist visa, with no need to enlist the help of a tour operator.

In each of the past two years, an average of 1 million Indonesian pilgrims traveled to Saudi Arabia for Umrah, and the country had the largest Hajj quota in the world this year, amounting to 221,000 pilgrims. Of those 17,680 were “special pilgrims,” who use private Hajj and Umrah tour operators.

Ahmad, who has been in the tour business since 2005, said about 30 percent of the Hajj pilgrims registered with his company had canceled their plans completely. The rest agreed to postpone their trips until next year, after the Ministry of Religious Affairs announced that those who had paid in full to attend Hajj this year would be placed on a priority list for 2021.

“We still managed to have about 200 Umrah pilgrims depart earlier this year before everything stopped,” he said, adding that he has no idea when pilgrimages will resume.

“Some of us, with a pessimistic view, estimate that the soonest we could be back in business is by March next year. Everything is so uncertain that it is difficult to make any business plans at the moment.”