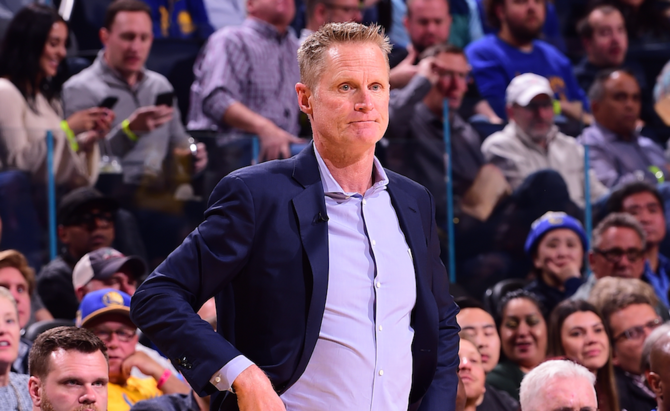 Steve Kerr, the eight-time NBA champion with the Chicago Bulls and San Antonio Spurs, fondly remembers the influence of his father Malcolm H. Kerr on his life growing up in the Middle East.
In an exclusive interview with Arab News via Zoom, Steve recalled how his father, a political scientist who served as president of the American University of Beirut (AUB) beginning in 1982, helped forge his love for basketball. Malcolm was killed by terrorists on Jan. 18, 1984, at his AUB office.
Now head coach for the Golden State Warriors, Steve lamented that his father never got to see his rise in basketball, which was recently featured in an ESPN docudrama on the Chicago Bulls and his friend and colleague Michael Jordan.
“It was fun to watch with my kids and my wife. It was a good reminder of what our life was like back then, and what an incredibly special team that was, and an era that was to be a part of,” said Steve, who played for the Chicago Bulls from 1993 until 1998, when the team won four of its seven championships.

“Just the experience of playing on that team, playing in Chicago and being part of a team that was so historic was pretty amazing when I really stop and think about it. To just be a part of that was incredible.”
Steve said his love for basketball began when his father took him to his first games. “My first experience with basketball was watching UCLA at Pauley Pavilion. My dad had a couple of Season Tickets, being a professor there,” said Steve, whose father was chairman of UCLA’s political science department specializing in the Middle East and Lebanon at the time.
“I’ll never forget walking into Pauley Pavilion when I was probably 5 or 6 years old. The place was sold out and Bill Walton was on the floor for UCLA. They hadn’t lost for about three years. The place was just going crazy and the band was playing,” Steve added.
“I remember just falling in love with the sport through each play. I couldn’t have been in a better situation as a kid, to be right there in (UCLA head coach) John Wooden’s backyard, and to watch those teams, and to learn about basketball during one of the greatest eras of American sports.”
After his father, who studied with Arab historian Albert Hourani, left UCLA in 1982 to accept the AUB post, Steve attended the University of Arizona, where he began playing basketball.

“My mom and younger brother Andrew were living with him there on campus. He was killed outside his office coming out of an elevator. He was shot by a gunman. An act of terrorism just devastated our family,” Steve said.
“We forged ahead and everybody in our family has done well. I give my mom amazing credit for how strong she has been, continuing to live her life in a really productive and positive manner. We all miss our dad every day,” he added.
“When you lose a parent at an early age, you think about everything — how much my dad would’ve enjoyed watching me play basketball professionally. It was something we wouldn’t have even dreamt of.
“My dad loved to play basketball. He loved watching me play. We used to play in the driveway together with my older brother John. We’d watch UCLA games together and cheer for UCLA. 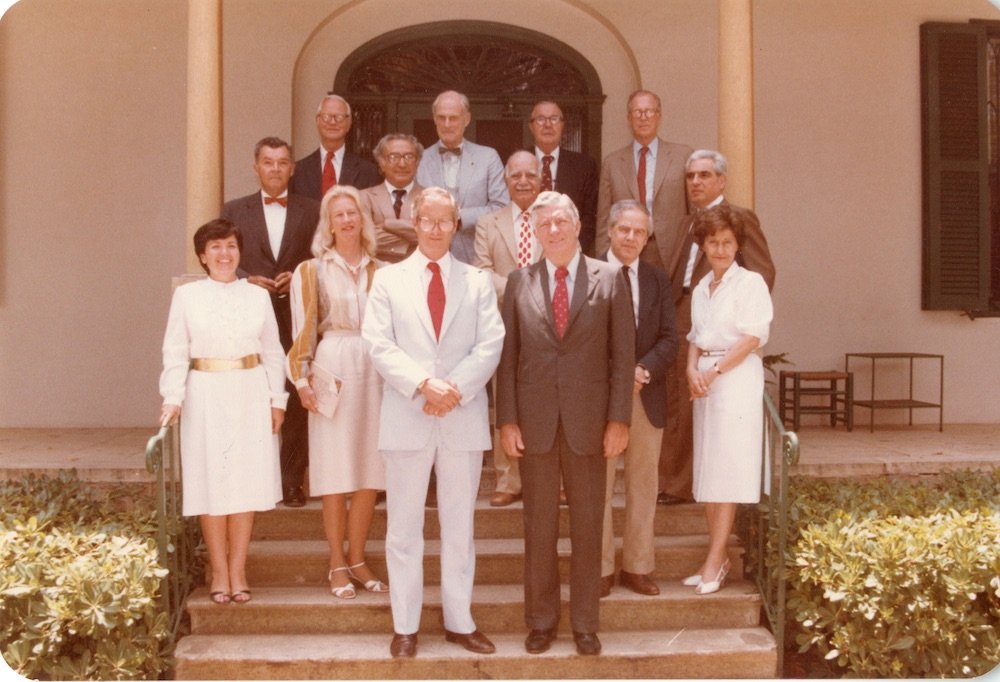 “It was an amazing childhood. I think all the time about how nice it would’ve been for us to share our career together and then my family, for him to have been a grandfather for my kids, and my wife to have known him.
“Those are all things that you lament. The loss is so deep and so profound, it affects you in so many ways. You think of all those things when you lose someone at that age.”

Steve, who was born in Beirut, attended school in Cairo when his dad taught at the American University there.
“I played (basketball) in Cairo when I was in high school, and I was there for my freshman and sophomore years. I played for the Cairo American College Eagles and we played against all of the Egyptian local teams,” he said.
“Then at the end of each season we’d go to Athens to play against the other American schools in the Mediterranean region. It was an amazing experience to be able to do that at the age of 14 and 15,” he added.

“I remember playing soccer also against the Egyptian kids at our school, and they were running circles around the American kids because that’s what they grew up with. But we grew up with basketball and we had the advantage in basketball. It was fun to play sports … with people and build bridges.
“We didn’t have a gym at the school. They ended up building one a few years after I left. We played all of our games outdoors. The club games on the road in Cairo we played on clay … like a clay tennis court with hoops at each end, and sometimes at night under a string of lightbulbs. You can’t make it up.”

Steve said his life in the Middle East and his father helped define his career as a basketball star and as a coach. 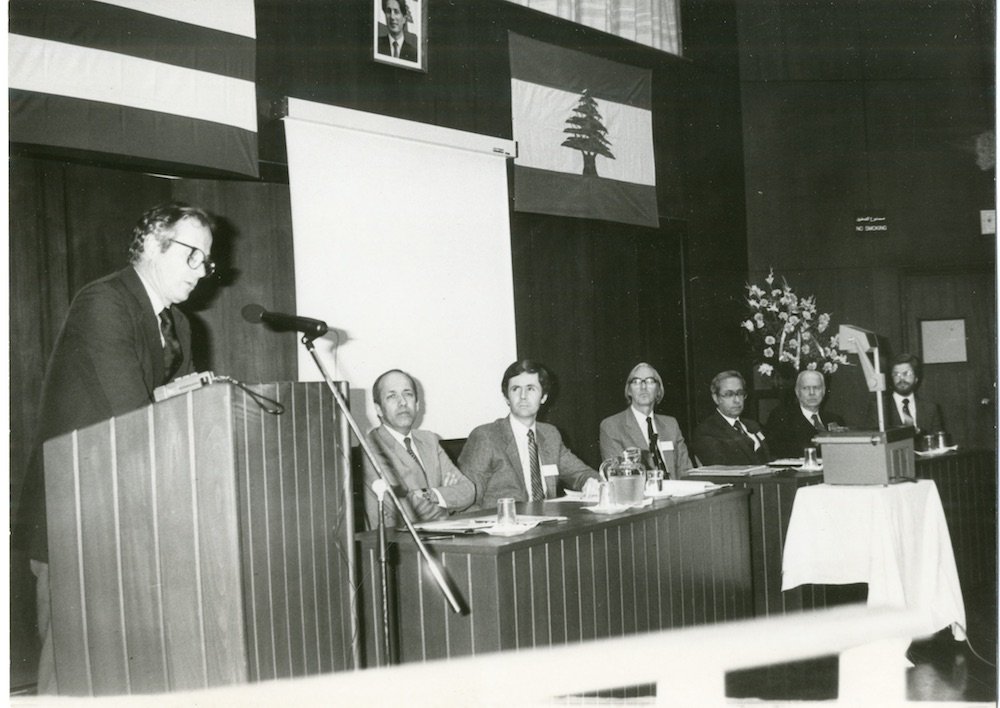 “I just think my dad was a very humble person. He was a brilliant man. He was brilliant in his knowledge of his field, but also in his social awareness and emotional intelligence,” Steve added.

“He had a lot of patience, and I think he understood how to have conversations with people from every background and every different point of view.
“I learned from that. I learned how important it is to be humble and to listen. I think about that a lot because our country has a lot of problems.
“In many ways we’re a great country, and in many ways we have huge problems. We really have to solve some of our issues.”
Steve said he is very proud of what his father accomplished and the influence he had on his life.
“I tried to carry on that legacy with the way I carry myself as a coach. But I wish he were here to help me kind of sift through the latest in … what’s happening all the time,” Steve added.
“I think my whole life events and my childhood learning from my parents have prepared me to become a coach and to become a public figure. I was very fortunate.”

‘Work It’ playfully explores ambition through music and dance