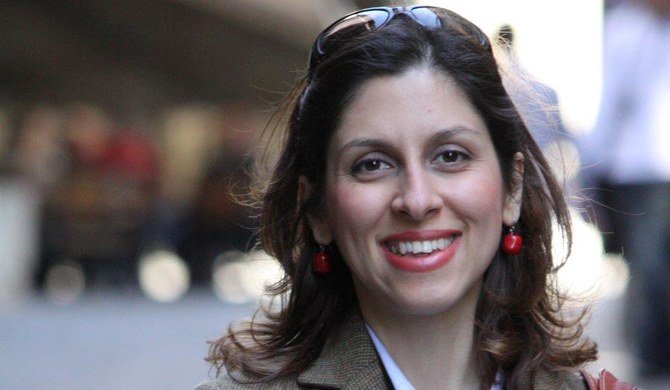 Nazanin Zaghari-Ratcliffe, the British-Iranian national imprisoned by Tehran on charges of espionage, is running out of time if she is to have another child, according to her husband Richard Ratcliffe, who has appealed to Iran’s Foreign Minister Mohammad Javad Zarif to release her on compassionate grounds.

Zaghari-Ratcliffe, 41, has been incarcerated in Evin Prison, north of Tehran, since her arrest at the city’s airport in 2016, during which time she has allegedly been denied access to medical treatment.

She has one child, her 6-year-old daughter Gabriella, who was with her when she was arrested and was repatriated to the UK last year.

Zaghari-Ratcliffe was released on temporary furlough to stay with her parents in Tehran as part of wider efforts to halt the spread of COVID-19 in Iran’s prisons earlier this year, where she has since undergone a series of private medical tests on the recommendation of a former cellmate who had worked as a doctor.

Ratcliffe said the results of his wife’s tests showed she had a less than 15 percent chance of conceiving another child.

“The discovery left her devastated. She spent the day crying looking at pictures of Gabriella,” Ratcliffe said. “She reflected, ‘I always used to tell myself in Evin that they can’t take my future away. But now they have’.”

He appealed to Zarif for his wife’s release, saying: “Her hostage experience risks having a permanent legacy for our whole family. It is one thing to recover from losing over four years of your life to someone else’s fights, but it will be quite a different recovery journey for us all if it also means we can never have another baby.”

Ratcliffe added: “It is time to end this. Quite literally every month counts. There remains a little girl growing up without her mother still. I hope not a little girl without a sibling. This has been cruel enough.”

Zaghari-Ratcliffe supposedly qualifies for permanent release under the terms of an amnesty for 3,000 prisoners to mark the end of Ramadan in May, declared by Iran’s Supreme Leader Ali Khamenei.

But her appeal for clemency has been postponed, with fears that it will only be raised when a hearing in a debt case between the UK and Iran over the canceled sale of tanks in the 1970s begins in November. Zaghari-Ratcliffe’s imprisonment has been linked to the dispute.

Iranian prosecutors, meanwhile, have warned that a second case, linked to comments made by UK Prime Minister Boris Johnson when he was foreign secretary about her being in Iran to train journalists, could be brought against her in the future. Those allegations could see a further sentence of five years were she to be convicted.

The UK Foreign Office said in a statement: “We have consistently urged Iran to make Nazanin’s furlough permanent so she can return to her family in the UK.

“We will continue to do everything we can to help secure the release of all UK dual nationals arbitrarily detained in Iran.”