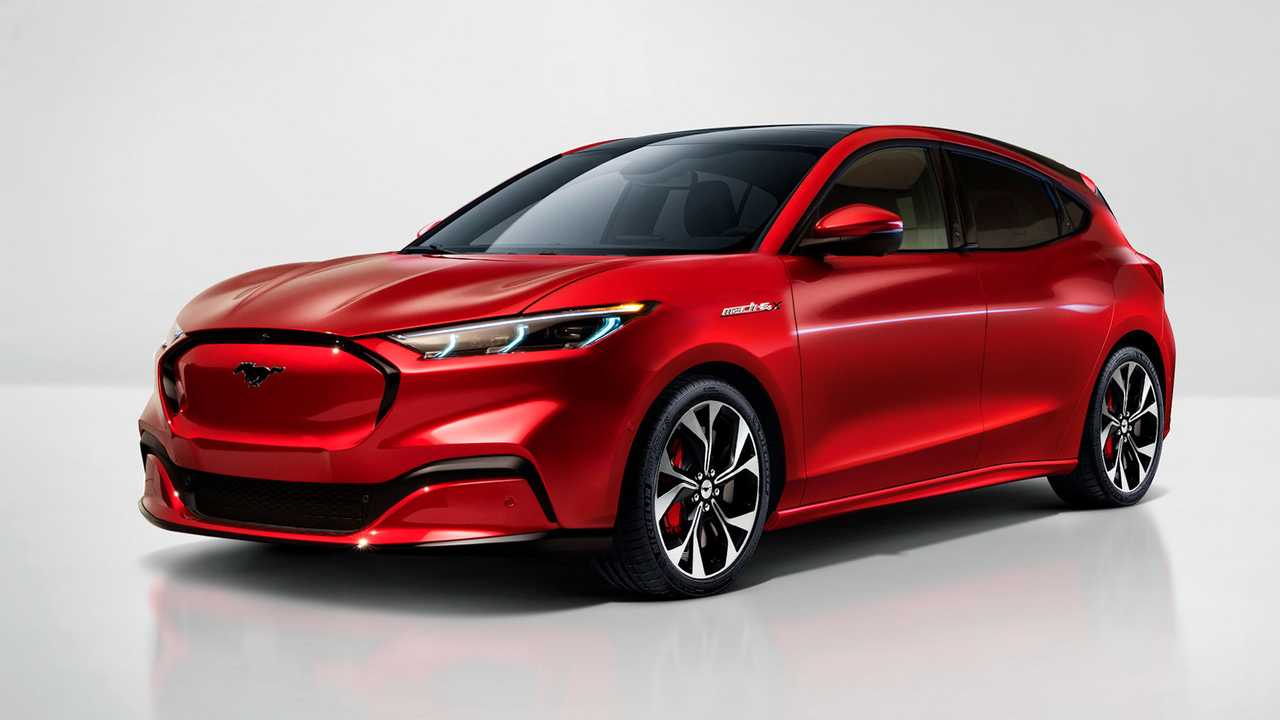 Worry not – there's a skinny chance that this model will happen.
The Ford Mustang Mach-E is probably one of the hatest cars of 2019 – second only to the Tesla Cybertruck. And it's rightfully so. The idea of transforming a sacred name into an all-electric crossover is a bit too much for a lot of people, especially when considering the reputation that the Mustang nameplate has cemented over the course of automotive history.

If you're one of those who had the aversion for the Mach-E, we can't blame you, but get a load of this rendering: a Mustang Mach-E hatchback.
Don't worry – this rendering is only a figment of imagination, created by KDesign AG and uploaded on Behance. There's a quite remote chance that this will meet reality, so you may rest easy for now.

But then again, looking at the renderings above, the design isn't really bad at all. With all the styling elements of the Mach-E used, including the heavily creased bonnet and tri-bar taillights, slamming and giving it a more upright C-Pillar aren't a bad idea at all. This hatchback version of the Mach-E isn't a hard thing to love, we reckon. Just maybe don't call it a Mustang and most of us will be on our way.
As for the real Mustang Mach-E, it's finally on sale across the United States and the order books are now open. Ford is already offering an 84-month financing deal for the electric crossover, based on the latest report.

Just a bit of precaution, though. The leaked information from dealer incentive bulletins requires a hefty 5.9 percent annual percentage rate (APR) for the seven-year financing deal. That's a huge rate increase compared to the 3.9 percent APR for a 72-month deal.

Ford Bronco sold out until mid-2022