Instagram apologized to model Bella Hadid who called out the social media platform for taking down her post, which stated that her father, real estate mogul Mohammed Hadid, was born in Palestine.

This week, the 23-year-old, who is of Dutch and Palestinian descent, shared a photograph of her father’s expired American passport, which showed his place of birth as Palestine, on her Instagram Story, writing “My baba and his birthplace of Palestine.”

On Tuesday, Hadid revealed to her 31.4 million Instagram followers that the post was taken down, as it allegedly breached Instagram’s company guidelines.

“Are we not allowed to be Palestinian on Instagram? This, to me, is bullying. You can’t erase history by silencing people. It doesn’t work like that,” she added alongside a screenshot of a notification she received from the social media platform that stated her post was removed for going against community guidelines.

According to New York’s Page six, a spokesperson for Facebook, Instagram’s parent company, told the publication: “To protect the privacy of our community, we don’t allow people to post personal information, such as passport numbers, on Instagram.”

The representative added: “In this case the passport number was blurred out, so this content shouldn’t have been removed. We’ve restored the content and apologized to Bella for the mistake.”

How do you see the global silence towards the Israeli aggression on Gaza? 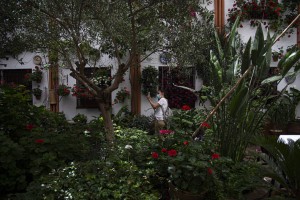 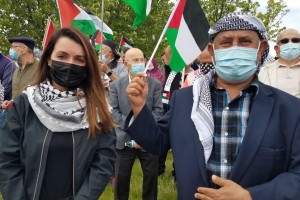 As never before: a massive Arab-American demonstration, considered the first of its kind, to condemn the Israeli aggression on Gaza (photos of the The Nation Press) 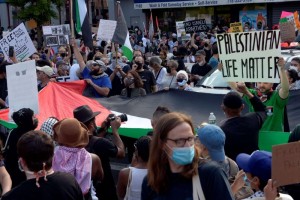 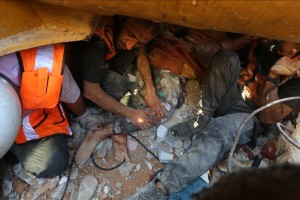