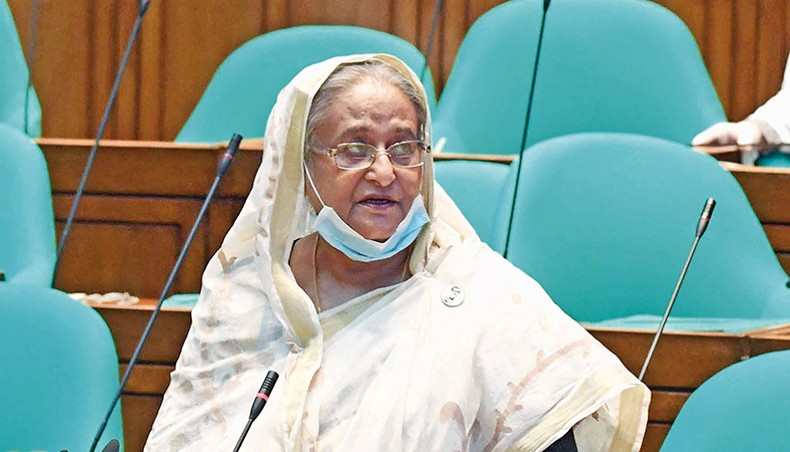 Prime minister Sheikh Hasina on Wednesday told the parliament that the seat of Lakshmipur-2 independent lawmaker Mohammad Shahid Islam should be declared vacant if it is proven that he is also a citizen of Kuwait.

‘I don’t know whether he [Shahid] is a national of Kuwait or not, if he is a national of the country the seat would be vacant as the law does not permit dual citizenship for Bangladeshi lawmaker,’ she said, replying to opposition Bangladesh Nationalist Party lawmaker M Harunur Rashid.

‘He is not Awami League lawmaker, he sought AL nomination but we gave the seat to Jatiya Party and JP candidates skipped the polls and as a result, Shahid became elected from here,’ Hasina said, adding that Shahid anyhow made his wife also a lawmaker.

Taking the floor in point of order, Harun cited reports to tell the house that Shahid, well-known as Kazi Papul, is also a citizen of Kuwait and the country arrested him as its citizen.

The parliament should take action against the lawmaker as he concealed the information in the affidavit he submitted to the Election Commission during the polls, said the BNP lawmaker.

Shahid Islam is now in the central prison of Kuwait after his arrest for charges related to human trafficking, residency visa trading and money laundering.

On June 25, the attorney general of Kuwait sent the Bangladeshi MP to prison for 21 days.

Bangladesh's per capita income rises to $2,064