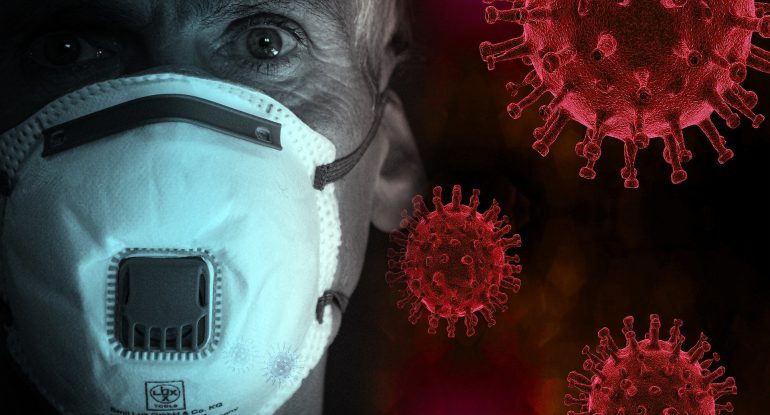 An international group of 239 scientists on Monday urged authorities including the World Health Organization to recognize that the coronavirus can spread in the air at distances well beyond two metres (six feet), and to revise their prevention guidelines accordingly.

In a commentary that appeared in the Oxford Academic journal Clinical Infectious Diseases, researchers wrote that studies have shown "beyond any reasonable doubt" that viruses can travel tens of metres in the air, and analyses of certain spreading events had demonstrated the same was true of the SARS-CoV-2 virus that causes Covid-19.

"Hand washing and social distancing are appropriate, but in our view, insufficient to provide protection from virus-carrying respiratory microdroplets released into the air by infected people," wrote the authors, led by Lidia Morawska of the Queensland University of Technology.

Their recommendations included greater ventilation for indoor environments; the introduction of high efficiency air filters and ultraviolet lamps; and to avoid overcrowding in buildings and on public transport.

When an infected person coughs or sneezes, they expel droplets of various sizes. Those above five to ten micrometers fall to the ground quickly within a metre or two, while droplets under this size can become suspended in the air in what is called an "aerosol," remaining aloft for far longer and travelling further.

There has been a vigorous debate in the scientific community about how infectious microdroplets are in the context of Covid-19, but for the time being the WHO advises that it occurs in "in specific circumstances" that occur in hospitals, for example when a patient is intubated on a ventilator.
On the other hand, studies of particular spreading events have shown that microdroplet transmission isn't limited to hospitals.

The air flow from an air conditioning unit appeared to waft the coronavirus to several tables in a Chinese restaurant in January where patrons became infected, according to a study that appeared in Emerging Infectious Diseases.

"Following the precautionary principle, we must address every potentially important pathway to slow the spread of Covid-19," they wrote.

The paper comes as countries ease their lockdowns, bringing people back to workplaces and students back to schools and colleges.

"We hope that our statement will raise awareness that airborne transmission of Covid-19 is a real risk and that control measures, as outlined above, must be added to the other precautions taken," they concluded.

WHO Chief: There May Never be a 'Silver Bullet' for COVID-19