Beirut-based musician Maya Aghniadis: ‘It’s all about going with the flow’ 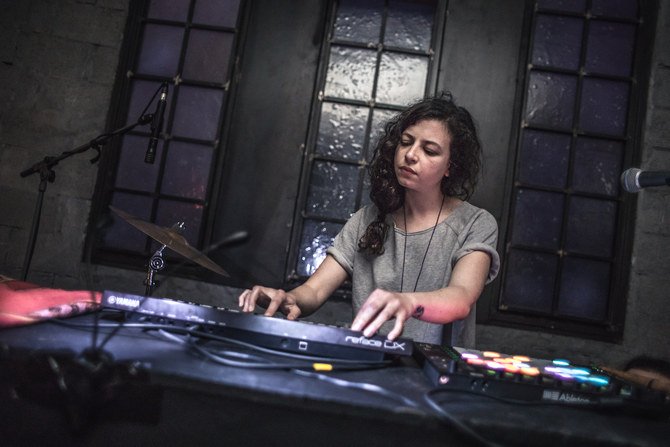 “You have to surrender and release,” Maya Aghniadis — aka Flugen — cryptically declares. Throughout the conversation about her enchanting new album “Poupayee,” it’s clear just how much of an ethos this is for the Lebanese multi-instrumentalist, singer and composer.
“Something happened to me to be able to do that, and I didn’t have a choice but to do so,” she continues, discussing the process of creating the record. The exercise is both therapeutic and cathartic: “It’s like taking something very dark from your body and expelling it. So, in 10 years, when I listen to this album, I can reflect on this phase of my life. It’s a message to someone who might relate to this feeling and message in the same way as me.”
Her music is labelled ‘ethno-electro jazz,’ but Aghniadis says she’s not sure how that came about. “I wouldn’t categorize or label what I do in any particular way; it really depends on the phase I’m in — if I’m feeling playful, I might go in the pop-electro direction. But with every album, there’s always a story that I’m looking to tell, a little resumé of my journey in life.”

From the liquescent notes of synth-driven opener “A Change” down to Aghniadis’ dreamy vocalization that concludes the 10-track treasure, “Poupayee” is a delightful alchemy full of misty, cobwebby instrumental passages that lull the listener into a soulful trance. Often laden with hypnotic, tribal beats — see, “Shades of Blue” — the record does not have to work very hard to make sure you’re coming along on Flugen’s journey of exploration. 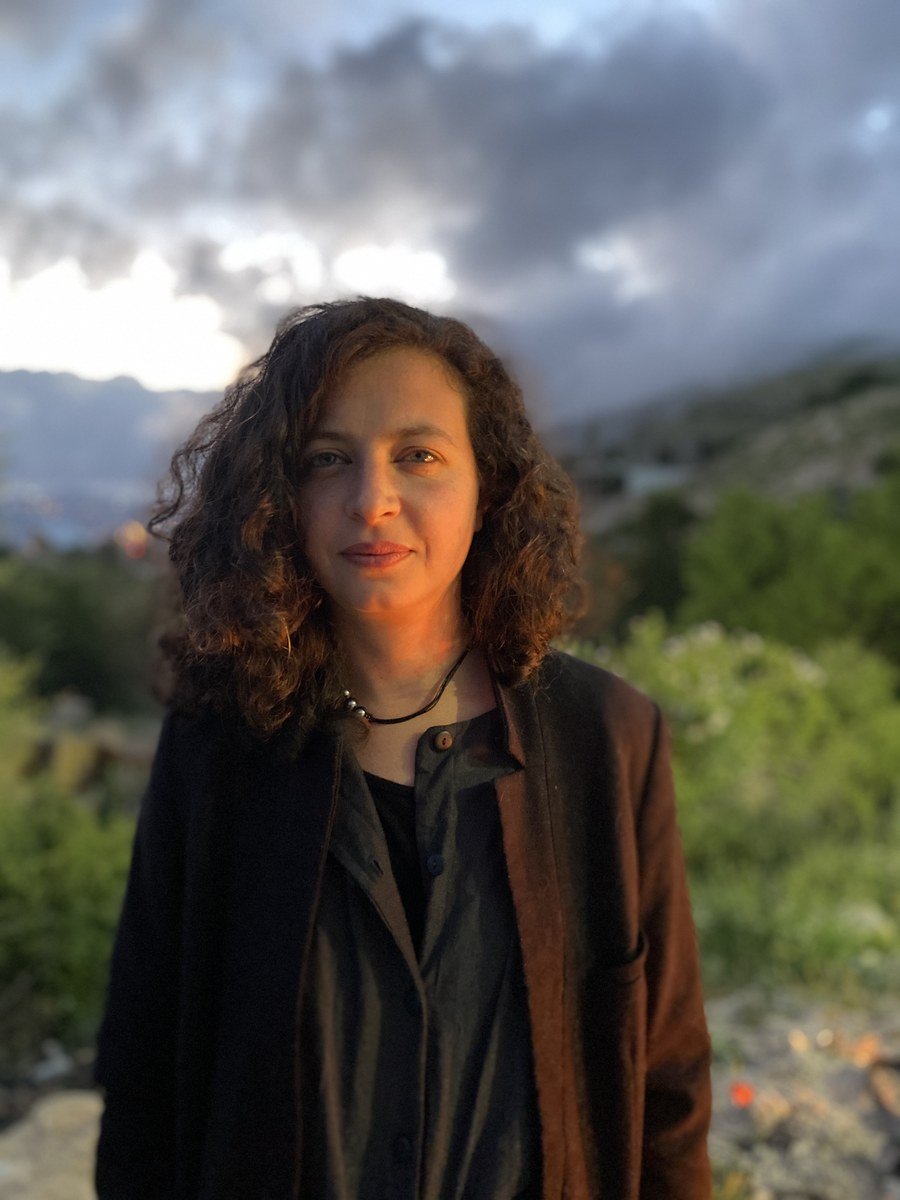 Aghniadis’ effervescent personality has the hallmarks of an unburdening that comes with reacting to the world around you and making sense of it through the creation of art. “With the situation in Lebanon, there’s a heaviness in people’s energy,” she says of her country’s current economic and social situation. “There’s a lot of anger, disappointment, hopelessness… So I guess this album is a message to what we’re all feeling.”
That’s not to say that she’s not hopeful. “I wouldn’t say we’re giving up — we’re just using this anger and doing something with it, going somewhere.”

This sense of investigative motion is apparent everywhere on “Poupayee.” Aghniadis was a drummer from an early age and loves experimenting, “In each of my albums, there’s a star instrument,” she says. “This time it was the piano. The flute is always there — it’s an element that ties everything together — but I went crazy on the piano, I was speaking through it.”
She says the legendary American director David Lynch and his surreal mystery drama, “Twin Peaks” were a huge influence on the jazz-infused landscapes furnished by her adventures on the keys. There’s even a song called “The Lodge” (a place in an alternate dimension in the cult series), a psychedelic, foreboding piece that offers more than just subtle overtures toward Angelo Badalamenti’s iconic score for Lynch’s show. 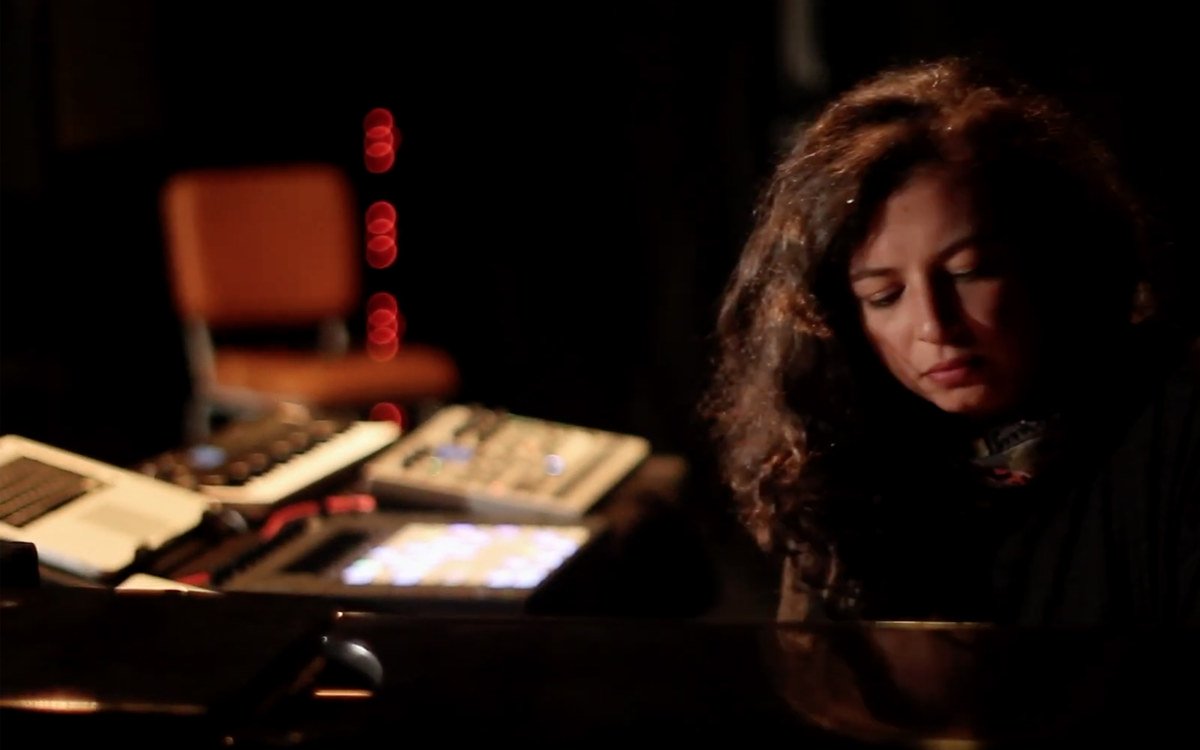 There’s no doubt that “Poupayee” represents a leap forward in Flugen’s evolution, and Aghniadis credits the “really amazing people” at Lebanese-Swiss artist agency Putzi Productions with allowing her to take “a very pro approach” to the album.
“I’m very flugen (a term that an Aghniadis-sanctioned entry from urbandictionary.com defines as ‘anything and everything you want it to be’). I forget things, I need to be given an agenda,” she jests.

In seriousness, though, “It’s all about going with the flow, and to be able to do that, you need obstacles out of the way,” the songwriter says. “Putzi have made sure my path is clear.”

And where does she think that path might take her next? Aghniadis says she has heard the call of Africa. “Before the lockdown, I spent two weeks in Ghana, and I met incredible, random people in a small village, on an island between the river and the sea.” She credits a musical fisherman with a newfound drive to take her craft for a spin on brand new shores. “I’d never heard this kind of music or rhythms, so I had an epiphany that, musically, this would be interesting for me.”
She’s not worrying much about playing live — ”Let’s see what corona wants”, she jokes — but performances around Europe and the Middle East are on the cards as soon as the world returns to some sense of normalcy. Right now, she’s comfortable at home in Lebanon.

“I love the people, I love how minds are changing, I love that we have the guts to do what we didn’t dare do before,” Aghniadis says. “I’m just trying my best with what I know how to do. You never really know what’s going to happen next, so all you can do is surrender and release, amigo!”

The Addictive Joy of Watching Someone Listen to Phil Collins