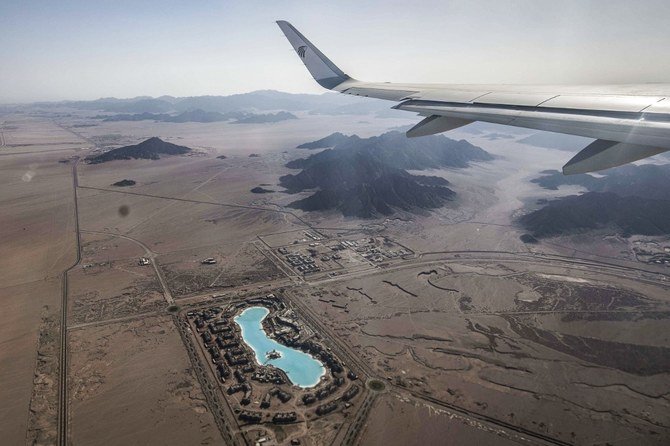 Egypt’s three-month suspension of flights due to the coronavirus pandemic weighed on the aviation sector, which lost up to $62.23 million during the period air travel was restricted.

The country reopened its international airspace this week, although some restrictions were put in place to prevent coronavirus transmission, Ahram Online reported.

Foreign tourists can now visit three coastal tourist hotspots: South Sinai, where the popular seaside resort of Sharm El-Sheikh is located, the Red Sea governorate, home to the city of Hurghada, and Marsa Matrouh on the Mediterranean.

Flights coming from Switzerland and Belarus arrived in Hurghada and Sharm El-Sheikh on Thursday, the report added.

Egypt is jumpstarting its aviation and tourism sectors by exempting visitors to the newly opened tourism areas visa fees until the end of October.

National carrier EgyptAir is also offering a 20 percent discount on flights to several European destinations, and on tickets to New York and Washington bought by July 15 for flights until the end of August.

Canada to impose retaliatory tariffs on C$3.6 billion worth of U.S. goods