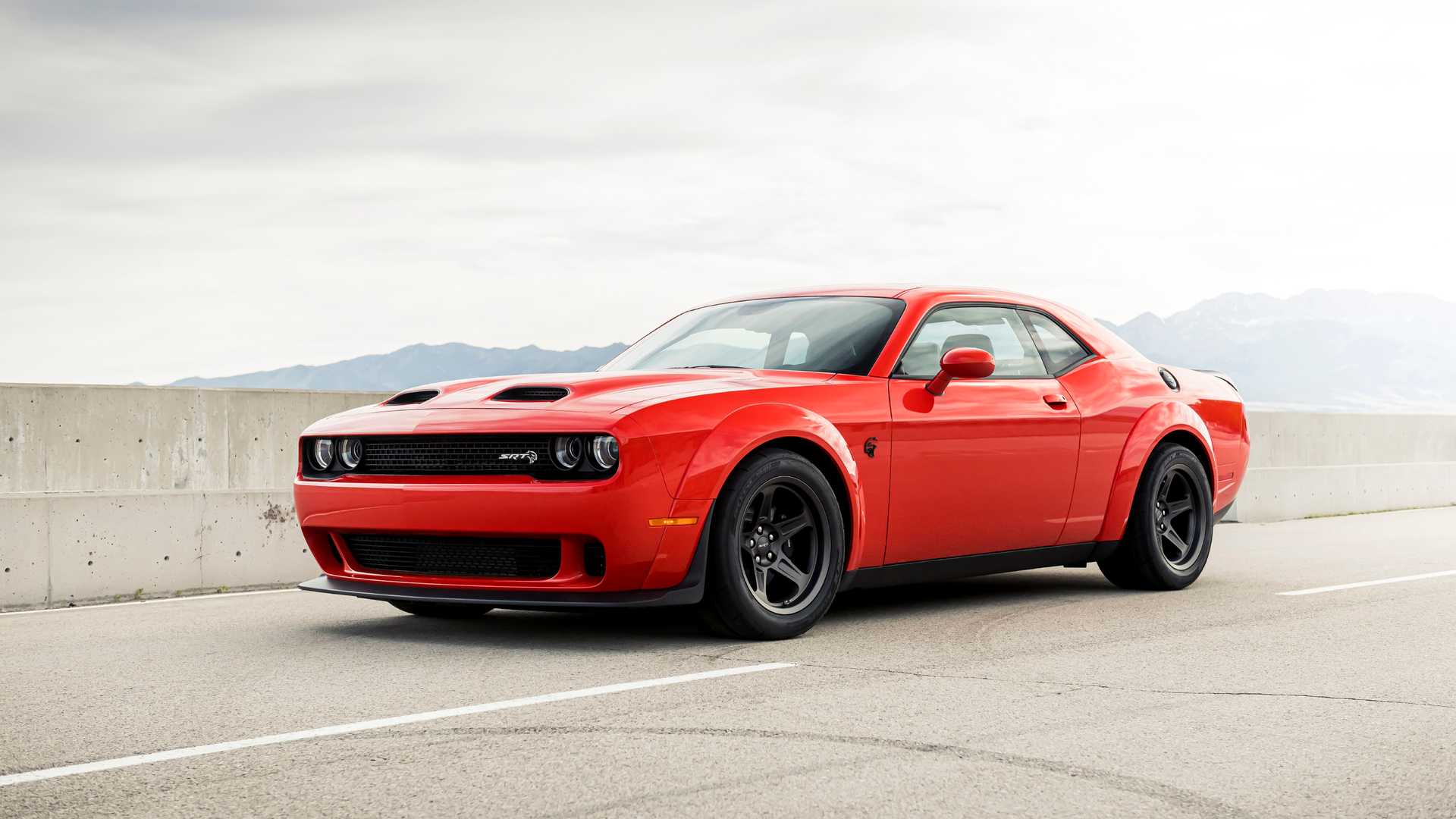 The Little Old Lady from Pasadena would be thrilled.
There are few more popular examples of the early mingling between cars and rock music than 1964's “The Little Old Lady (From Pasadena)” by Jan and Dean. In that iconic piece, the pair wax lyrical about a senior citizen zipping around the LA suburb and terrorizing drivers on Colorado Blvd. in “a brand-new, shiny red Super Stock Dodge.” Now, the Little Old Ladies of 2020 can get in on the fun with the new Dodge Challenger SRT Super Stock.

The latest in the increasingly large Challenger family, the SRT Super Stock is at its core a Hellcat Redeye with a small power boost – 807 horsepower compared to 797 – and the same Nitto drag radials and widebody kit sold on the Challenger SRT Demon. There are lightweight 18-inch wheels, uprated Brembo brakes with four-piston calipers and 14.2-inch rotors up front, and the same array of driving modes you'll find on other Challengers.
Dodge claims its newest variant can run the quarter mile in 10.5 seconds at 131 miles per hour and will snap to 60 mph in a scant 3.3 seconds. The 168-mph top speed is on the low side for a vehicle with so much power, but it's the trade-off those super-sticky drag radials demand.

Those numbers trail behind the Demon for a few noteworthy reasons. While the Super Stock gets the same rubber, 3.09 rear end, and some of the same technology, it's missing a key element behind the Demon's brutal off-the-line launches: the trans brake. Combined with the drop in output compared to the 840-hp Demon, it's little surprise the limited-edition dragster is a second faster to 60 and nearly a second faster through the quarter.
But where the Demon's rarity was one of its defining characteristics, the Super Stock will be far more common. In fact, Dodge has gone as far as saying it's “not limited in production” and already confirming that the new drag-focused trim will live on for 2021. How much the Super Stock will cost when it arrives, though, remains a mystery.

With the Challenger SRT Hellcat Redeye Widebody starting at $78,295, it seems like a virtual certainty the Challenger SRT Super Stock will crack $80,000 or perhaps even $85,000 when sales start in the fall of 2020, which is pretty crazy for a car as old as the Challenger. Then again, when it comes to factory warrantied 10-second cars, that might be a pretty fair price.