Suspect Your Friend Is Jealous of You? Here's What to Do 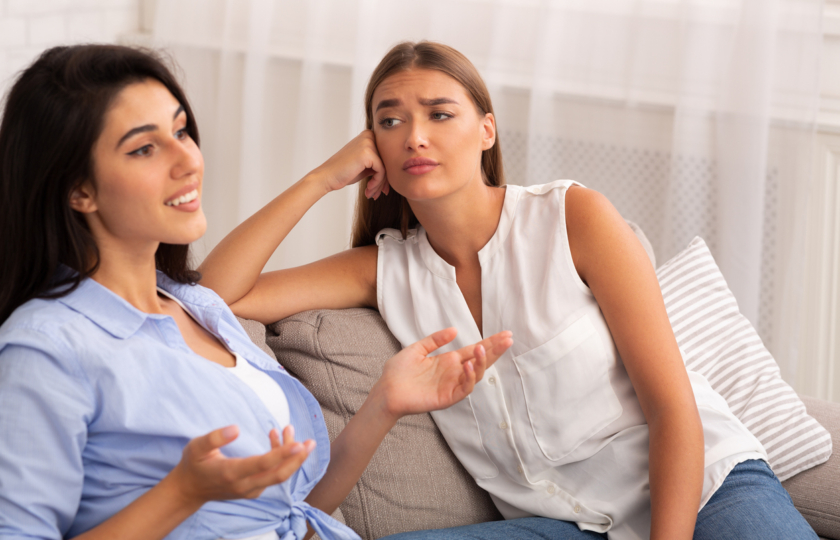 Life is full of trials, of course, and healthy relationships can offer invaluable support. But in a society where we often feel pressure to maintain the flow of our peers, it's easy to fall into the trap of comparison and insecurity—particularly with the ones closest to us: our friends.

So what do you do when you have a jealous friend who either ghosts you when things are going especially well, or scoffs at your happiness and success? And how do you identify a toxic friendship that's begun to reek of resentment? We turned to the experts to help you navigate the situation so it doesn't result in a (platonic) breakup.

First, here are a few classic signs that your friend may be jealous.
It often begins with what is not said. For example, you may be spilling over with excitement about your new car, but your friend barely gives it a glance. You offer them a tour of your freshly renovated home, but they casually shrug when you rave about the bathtub. You announce your big promotion—the one you have been vying for since last year—and they offer up an underwhelming "congratulations" that renders you feeling deflated.

“The earliest sign of jealousy is usually that your friend seems withdrawn when things are going well for you. Perhaps they either dismiss your news or move on from it very quickly,” says Dr. Judy Ho, PhD, clinical and forensic neuropsychologist, and author of Stop Self Sabotage.

As it progresses, you may notice backhanded compliments and passive-aggressive jabs that haunt you for weeks—often delivered in such a subtle way that you wrestle with how to confront them. Perhaps your friend snickers at your good news, saying you got lucky in your connections. You may have prepared a delectable spread for a dinner party, but they joke that your wine selection wasn’t up to par. Or, they remind you that even though you had the whole crowd roaring during that speech at a mutual friend’s wedding, you stuttered at first. These are all classic indicators, and there is almost always a caveat. Dr. Ho says such cryptic behavior typically happens because “the person who is jealous of you deeply senses that they are being unfair.”

Another sign is that each time you mention some facet of your success, they insist upon unpacking all of the exceptional ways they are thriving. For example, you just returned from a two week-long trip to Europe, and you’re scrolling through pictures of yourself traipsing through Spanish gardens, and they rush to list all of the most enviable stamps on their passport. “Jealous people cannot genuinely take turns in a conversation,” says Dr. Ho. “They will always move right back to their own life anytime you’re talking about something that’s going well for you.”

While jealousy is often negative, competitiveness isn’t necessarily destructive.
If someone claims to have never experienced jealousy, they are being dishonest—with you or with themselves. So, when identified, don't be too quick to write the person out of your life. In fact, if handled effectively, jealousy can be illuminating and serve to drive a person. “Jealousy is an emotion that can be productive if it motivates someone to work harder, or causes them to reexamine a relationship they haven’t been valuing," says Dr. Ho.

Gabrielle Bernstein, spiritual thought leader and author of Super Attractor, teaches her students that the source of envy is a facet of a person that's yet to be developed. “If someone has what you want, it doesn’t imply that it’s not available to you,” she says. “In fact, it’s the opposite. Envy is a reflection of deep desire.”

So, though bad behavior should be addressed, not all jealous friends deserve to be exiled.
If there is jealousy in an otherwise healthy and loving relationship, projection is almost always the culprit. Your friend may have little awareness of how much their icy disregard and hostile jabs are upsetting you. 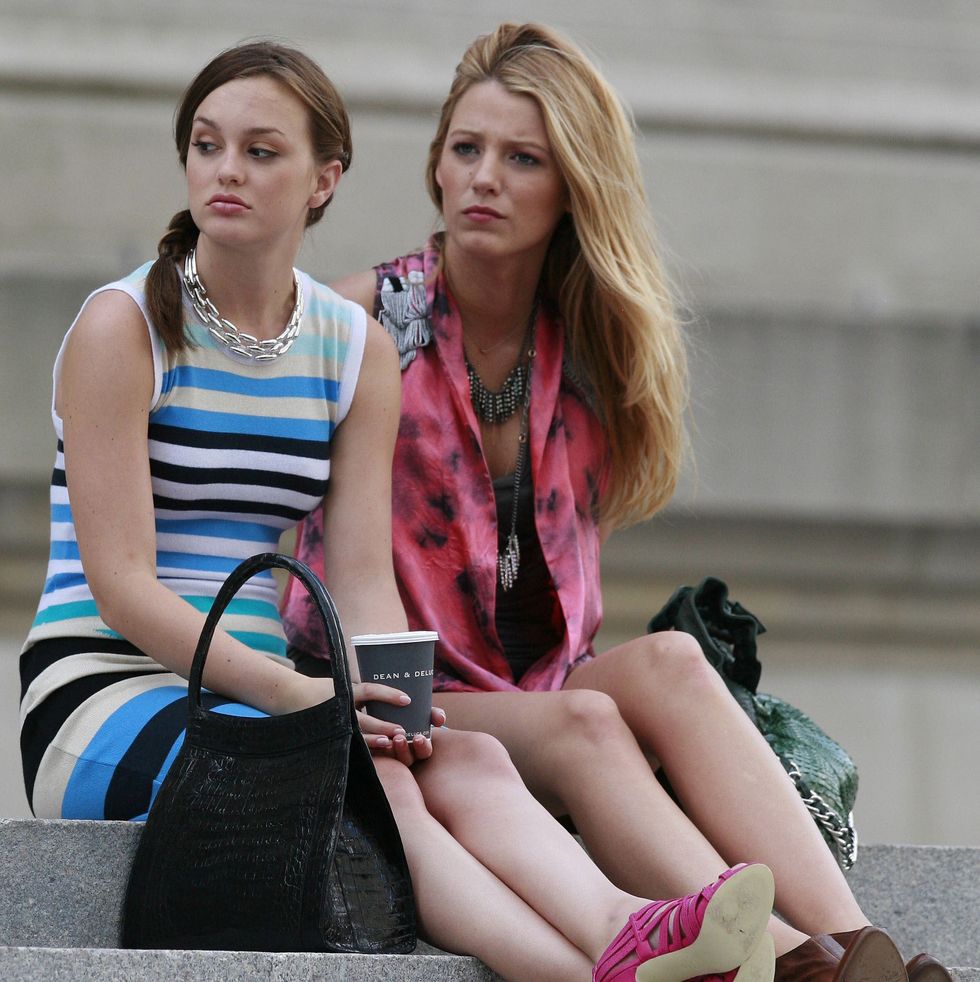 Dr. Ho explains that when a person has internalized negative beliefs and past disappointments, those burdens serve as precursors to jealous behavior. That cold remark may not be about what's happening with you in the moment, but likely has roots in another time or area of the person’s life that triggers them and causes a regurgitation of insecurity, regret or trauma.

“If you don’t know ahead of time what you need in order for the friendship to move forward, you may end up compromising your truth in some way. So with a jealous friend, you need to be clear about what your boundaries are, and the ways you have felt manipulated. Only then can you open up safe, effective communication with that person,” she says.

Bernstein says the ideal approach is to let yourself shine unapologetically, even if it isn’t well-received initially. Downplaying your success will only amplify your friend's perceived state of inadequacy, feeding the cycle of jealousy. “We sometimes think that commiserating is the most effective way to help. But commiserating only makes things worse. Being pitied reinforces a person’s sense of powerlessness,” she says.

Yes, it's kind to comfort friends, but don't shrink yourself down.
While a common habit, Dr. Ho says diminishing your success is a counterproductive comforting technique. Because it never contributes to the greater good of either individual. “I’ve observed those situations where one friend feels like they have to take care of the other person,” she says. “It’s more important to feel comfortable enough to share your successes without bringing anything negative into the conversation.”

Dr. Ho explains that the most thoughtful approach is to express your joy without gloating about it, and then respectfully move passed it. “The next topic does not have to be, ‘Oh, and you can do this, too! Your time is coming!’” she says. In other words, you don’t owe anyone a pep talk.

Chronically jealous people often subscribe to the mindset that another person’s happiness and success takes away the possibility of their own. A jealous person may perceive that good fortune is scarce and that life is unfair. But, interestingly, jealousy is often unfair, because it focuses on a snapshot of a person’s situation with little or no regard to their backstory—of perhaps the laborious years leading up to those accolades or the deep inner work done to attract that loving relationship.

“If a friend is jealous of you and you stay strong in who you are, you force them to look internally as opposed to externally,” says Harder. “You ask them to consider their own power and to stop blaming a 'lack of luck.'” She explains that, in doing so, your own confidence may grow as a result of motivating someone to improve their life. “You could be the only person who is willing to do the hard thing, which is to be an example of what is possible if they are willing to move beyond their jealousy and take action.“

Sometimes jealousy is harmless, but...
When a person reacts in jealousy, they may behave in ways that are inexplicable, which could threaten to poison your relationship. Whether or not it takes an irreversibly dark turn is mostly dependant on the person’s character, says Dr. Ho, as well as how much they value the relationship over their own agenda.

“Jealousy’s dark side is real, because once a person has engaged with the fight or flight response, which is essentially an activation of the lower, more primitive brain systems that are all about survival, they are not exactly thinking clearly,” says Dr. Ho. “This takes them out of their frontal lobe, which is the part of the brain that makes us more sophisticated human beings—the part that causes us to ask, ‘Was that really the right thing to say in that situation? Am I being fair? What if this reaction causes me to lose someone I care about?’ Some friends are willing to examine themselves and be called out respectfully, and those are the friends worth saving.”

But the ones who refuse to do some self-reflection and correct their spiteful outbursts? Those friends are a different story.

If a friend refuses to tame their jealous ways, it may be time to sever ties.
People who are jealous in a vicious way are notorious for keeping a record of embarrassments and indiscretions, and are eager to wave them around when they feel outdone. They don’t stop at scoffing over your good news, but may attack your character. And when you confront them about it? There is further insult and manipulation, and a tight-lipped refusal to admit fault.

Dr. Ho advises that someone who genuinely supports you has no desire to see you portrayed in a negative light, and will always listen to your respectful concerns. “A sign that a friendship may no longer be worth salvaging is when someone purposely gets in the way of your success. They may use your history or the relationship against you,” she says.

So if someone strategically casts a shadow over your accomplishments, reputation or sense of self, while gaslighting you every time you confront their behavior, it’s probably time to show them the exit door. “You should express to them, ‘Hey, this is deeply hurting me. This type of thing is not acceptable for me,’” says Dr. Ho. “But if they share no remorse and make little effort to salvage the relationship, then the healthiest, safest choice is most likely to move on, as difficult as that may be."